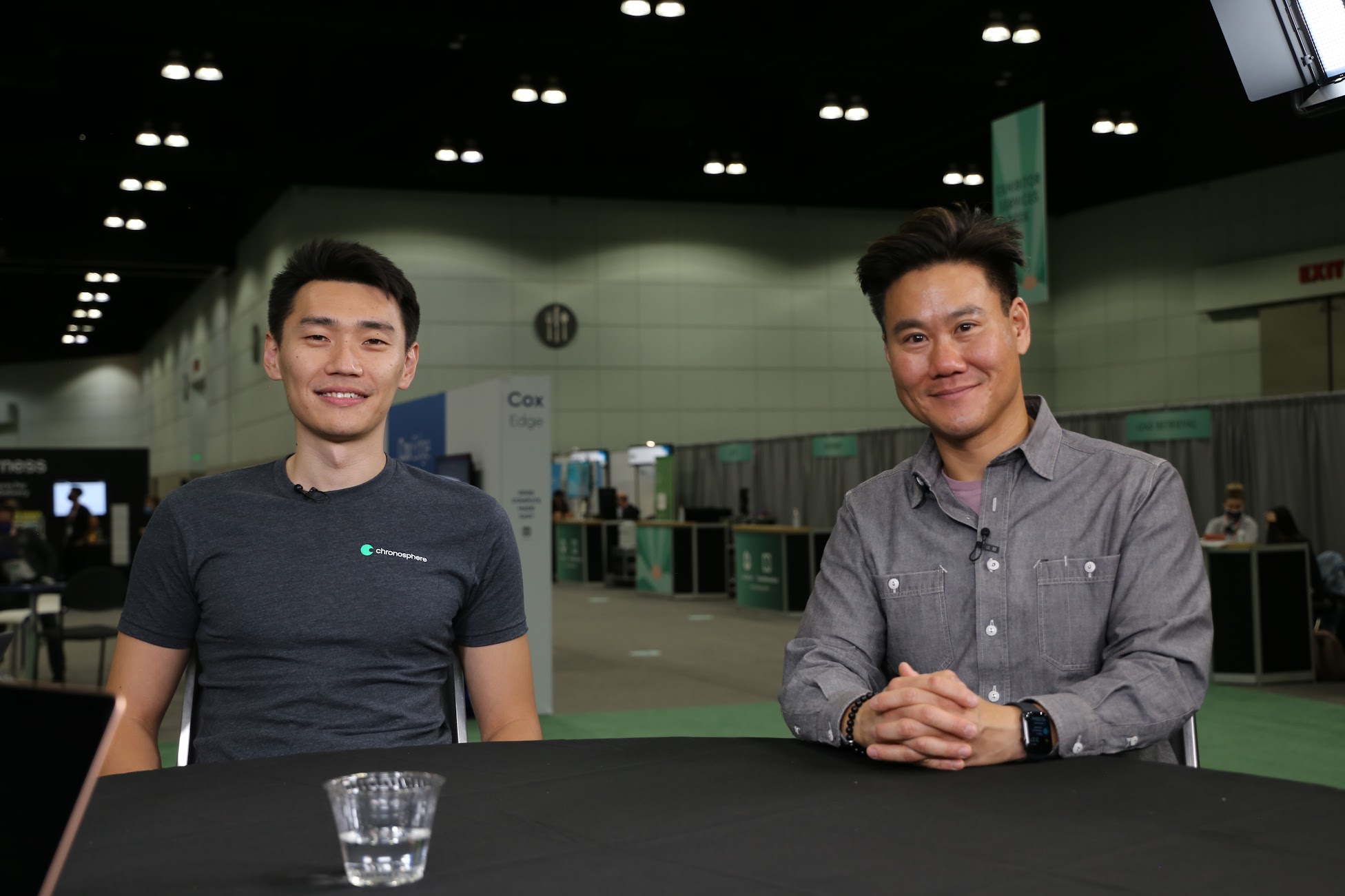 This two-year-old startup company is seizing the opportunity to get an early start in cornering the cloud observability market as cloud and hybrid cloud solutions spread throughout the enterprise, boosting the great digital migration.

“Probably about 2017, 2018 with a rise in popularity of Kubernetes,” said Martin Mao (pictured, left), co-founder and chief executive officer of Chronosphere.”We knew, oh wait, the whole world is shifting to this.”

At that time, Mao was working as an engineering manager at Uber Technologies Inc., along with his co-founder, to build a cloud native, microservices architecture on container-based infrastructure solution.

“We already had the sort of perfect technology to solve this problem ahead of where the trend was going in the industry … a purpose-built solution for this type of environment, a lot more effective than a lot of the existing ones,” Mao explained.

But can startups really compete with the cloud giants? Yes, they can, according to Jerry Chen (right), a partner at Greylock Partners.

“We talked last time about how to fight the big three — Amazon, Azure and Google — and I think for sure they have basic offerings,” Chen said. “It’s a great way to get started, but customers don’t want kind of a piecemeal solution all the time. They want a full product. There’s plenty of startups being funded. There’s plenty of opportunity.”

Mao and Chen spoke with John Furrier and David Nicholson, co-hosts of theCUBE, SiliconANGLE Media’s livestreaming studio, during KubeCon + CloudNativeCon NA. They discussed what sets Chronosphere apart, the upcoming cloud wave, the advantages of distributed tracing and more. (* Disclosure below.)

Even though cloud computing has existed for over a decade, Mao believes that we’re only seeing the beginning of the cloud wave.

“If you think about most enterprises today, they’re not even perhaps in the cloud at all,” he said. “But when we talk to a lot of these companies and you ask them for their three-year vision capabilities, everyone wants to be multicloud or hybrid eventually, and that’s going to be the enabler of that.”

Transparency, or lack thereof, is one of the largest cyber threats facing enterprises today, but methods such as distributed tracing mitigate these threats by capturing details of all requests and customers requests through complex architectures.

“One of the main issues in this space is that people can’t afford to cost-effectively store all of this data,” Mao explained. “A main differentiator of our product is we made it cost-efficient enough to store everything. And when you have all the data, you have far better analytics. And machine learning is better. Everything’s better with data.”

Here’s the complete video interview, part of SiliconANGLE’s and theCUBE’s coverage of KubeCon + CloudNativeCon NA. (* Disclosure: This is an unsponsored editorial segment. However, theCUBE is a paid media partner for KubeCon + CloudNativeCon NA 2021. Red Hat, the Cloud Native Computing Foundation and other sponsors of theCUBE’s event coverage have no editorial control over content on theCUBE or SiliconANGLE.)