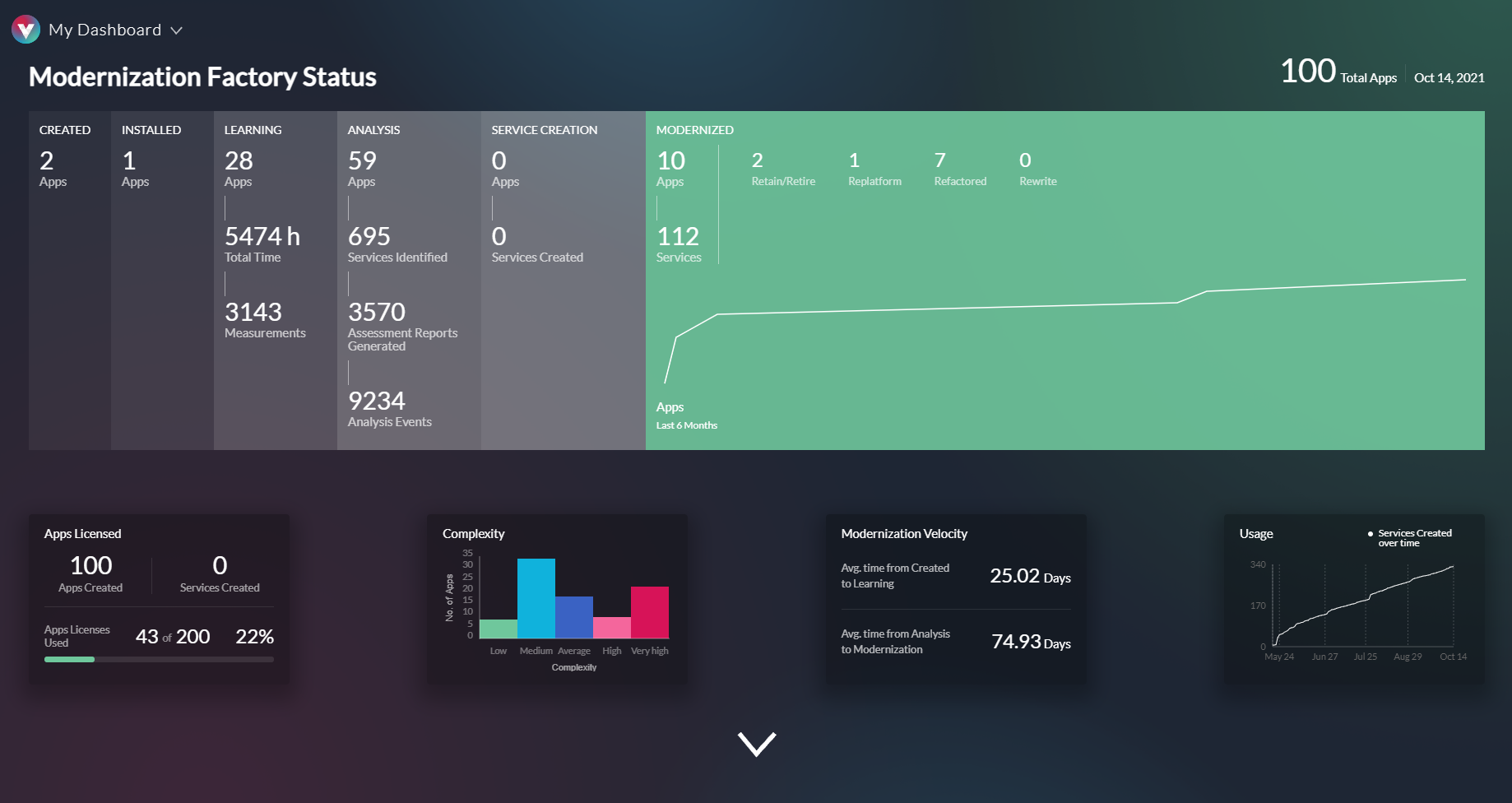 Along with the Series A round, the company also announced the availability of vFunction Application Transformation Engine, which builds upon the modernization platform it announced in February.

The company has staked out a niche for itself in modernizing applications written in Java, which is the world’s third most popular programming language and that runs in 45 billion virtual machines globally, according to Oracle Corp. Java is also widely used in the financial services industry.

Its cloud-based tools analyze Java applications and identify functions that can logically be broken out for conversion to modern cloud-native architectures using microservices and software containers. The software assesses complexity and estimates the time needed to complete a modernization effort. Although it doesn’t convert any code, the toolset enables reductions of up to 90% of modernization schedules, the company claims.

Its first product, the vFunction Modernization Platform, is aimed at helping customers assess priorities for modernization. “There early in the journey with lots of applications and are stuck in analysis paralysis,” said Chief Ecosystem Officer Bob Quillin.

The Application Transformation Engine is for companies that are further along the modernization curve or that have lifted and shifted legacy applications but aren’t seeing the full benefits of cloud platforms, Quillin said.

“We see the Modernization Platform as a way to get started and do assessments,” he said. “The Transformation Engine is a full solution around refactoring.”

However, vFunction will continue to leave code revisions up to human developers. “We can extract and analyze but you’re going to have to move to the cloud yourself,” he said.

The new platform discovers, detects and reports on which database tables are used by which services while decomposing an existing application and optimizes service decomposition based on that information, the company said. That enables microservices to be extracted with minimal database interdependencies.

The new funding will be used primarily to expand into the Latin American market as well as to build partnerships with cloud providers, Quillin said. “We see this [investment] taking us forward for several years,” he said.

Without discussing specifics, he said the company is seeing “great success, particularly in financial services. We’re also seeing a lot of interest in automotive, insurance, telecommunications and media. They’re all being disrupted by digitally modern companies.”