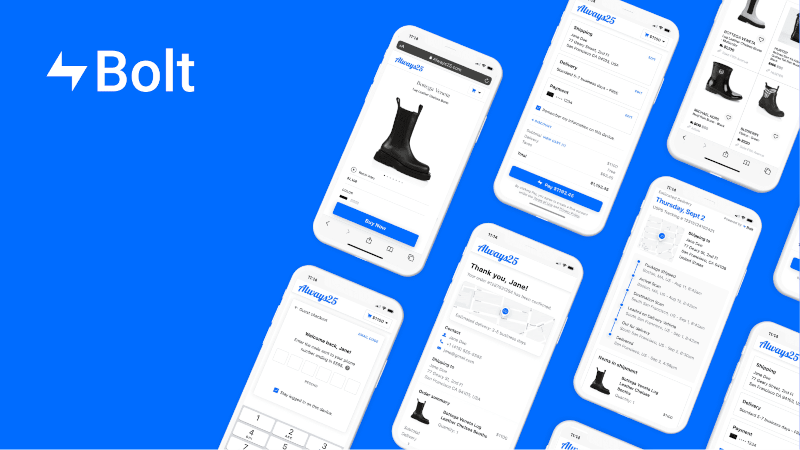 Bolt Financial Inc., a rapidly growing startup that provides software for online retailers, is reportedly raising a new $777 million round of funding at a pre-money valuation of $10 billion to $11 billion.

Bolt Financial’s plans were reported this morning by Axios, which attributed the information to multiple sources familiar with the matter.

San Francisco-based Bolt Financial’s previous funding round was announced only a few weeks ago. The startup received $393 million at a valuation believed to be around $6 billion. That Bolt Financial is reportedly preparing to increase its valuation again, and significantly just weeks after its previous investment, is said to be the result of an expected surge in demand for its services.

According to Axios’ sources, Bolt Financial told prospective investors that a number of deals signed with large customers recently could “triple its business.” The startup previously said that it expects its e-commerce technology to be used by 11% of shoppers in the U.S. this year. Bolt Financial anticipates even stronger growth in the longer term: The startup expects to reach one-third of U.S. shoppers in 2022 and two-thirds by 2024.

At the center of Bolt Financial’s plans to become a key player in the e-commerce industry is its checkout system, which enables consumers to purchase items quickly from online retailers. The startup’s service promises ultrafast loading times and removes the need for users to navigate to external websites through a redirect before they can complete a transaction. Bolt Financial says streamlining the checkout process can help online retailers turn more website visitors into paying customers.

Since launching five years ago, Bolt Financial has rolled out a number of additional services to help retailers automate other aspects of their operations. The startup provides fraud detection features and enables companies to track key business metrics such as average purchase value.

In the 12 months leading up to its most recent $393 million funding round, the startup nearly doubled its headcount. The new $777 million investment that Bolt Financial is reportedly raising would help the startup more easily maintain the current rapid pace of growth going forward. The additional capital would also create more opportunities for the startup to acquire companies with complementary technologies.