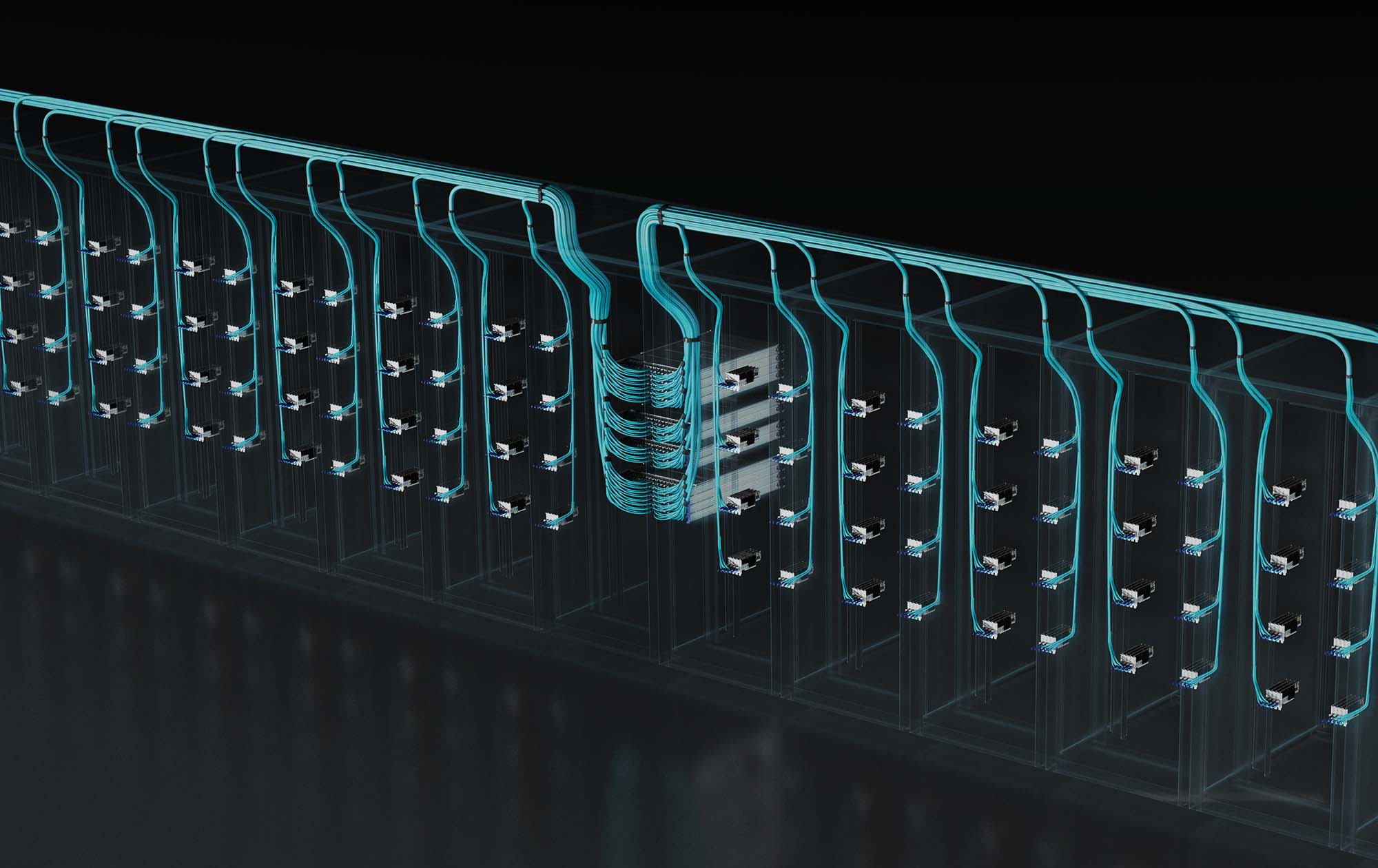 Nvidia Corp. is pushing high-performance computing into overdrive with the next generation of its InfiniBand networking platform, Nvidia Quantum-2.

Nvidia’s InfiniBand is a computer networking communications standard used in high-performance computing for data flow between processors and input/output devices, known for its high throughput and very low latency.

The latest generation of InfiniBand, Quantum-2, introduces new features that will accelerate the most demanding workloads in both supercomputing centers and public cloud platforms that offer high-performance computing services.

“The requirements of today’s supercomputing centers and public clouds are converging,” said Gilad Shainer, senior vice president of networking at Nvidia. “They must provide the greatest performance possible for next-generation HPC, AI and data analytics challenges, while also securely isolating workloads and responding to varying demands of user traffic. This vision of the modern data center is now real with Nvidia Quantum-2 InfiniBand.”

To deliver that needed performance, Quantum-2 InfiniBand doubles network speed while tripling the number of network ports available with the previous generation standard, Nvidia said. It means Quantum-2 accelerates performance by up to three times while reducing the need for data center fabric switches by six times. It also ensures a welcome cut in data center power consumption and reduces data center space by 7%, the company said.

This is all thanks to the latest Nvidia Quantum-2 InfiniBand Switch (pictured below) that contains 57 billion transistors on seven-nanometer silicon, offering up to 64 ports at 400Gbps or 128 ports at 200Gbps. The company said the switch will be offered in a variety of switch systems, with up to 2,048 ports in the largest configuration. That’s more than five times the switching capability over the previous generation, Quantum-1. 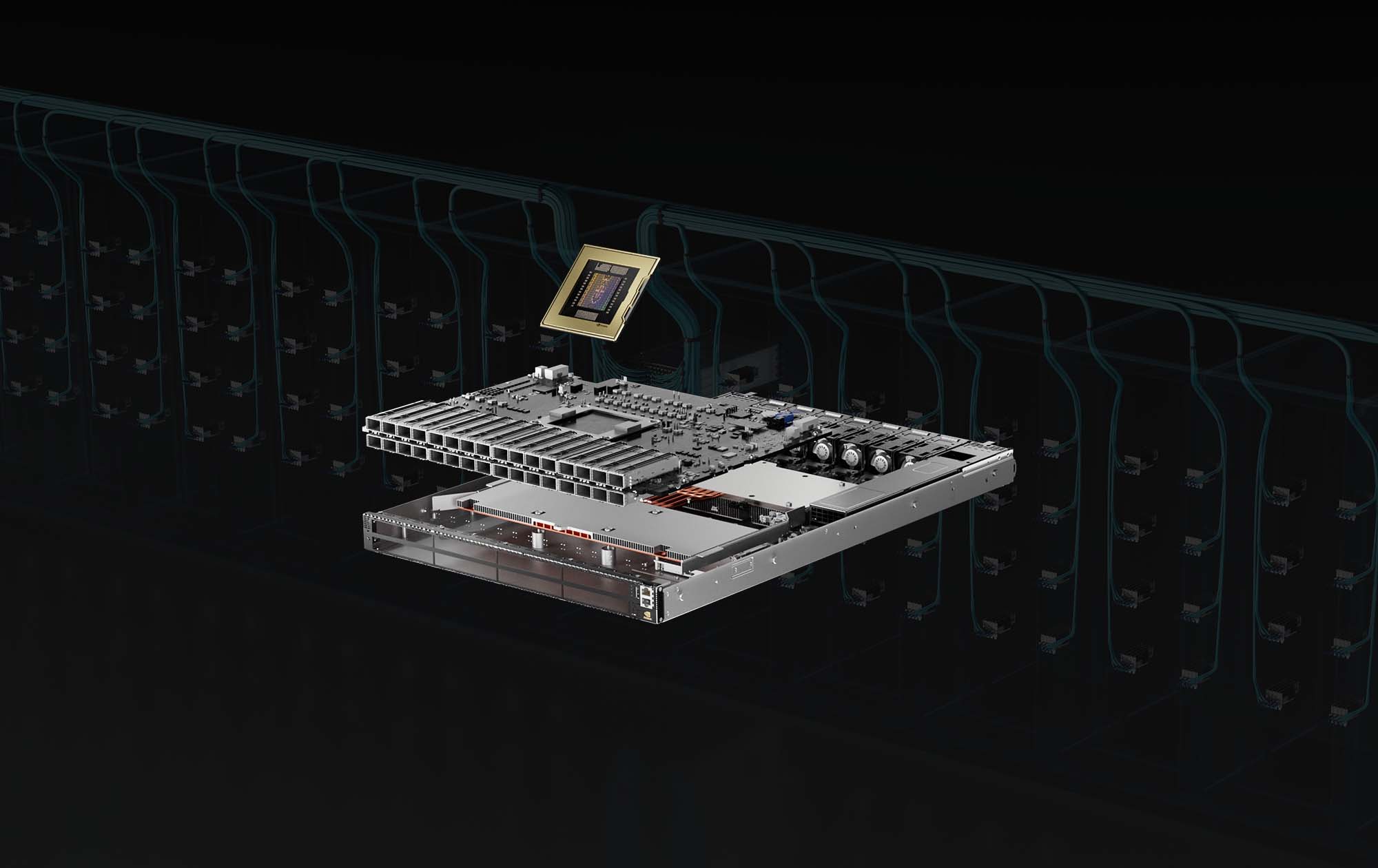 Meanwhile, Quantum-2 also provides multitenant performance isolation benefits that ensure the activity of one tenant, or user, does not affect the performance of others. That’s achieved through an advanced telemetry-based congestion control system that ensures sufficient throughput is available, regardless of spikes in demand or users, Nvidia said.

Another key ingredient in Quantum-2 is a unique technology called SHARPv3 In-Network Computing, which enables a whopping 32-times more acceleration engines for artificial intelligence applications compared with the previous iteration of InfiniBand. There’s also an entirely new nanosecond precision timing system that helps boost performance by synchronizing distributed applications such as database processing to reduce the overheads of wait and idle times.

Quantum-2 InfiniBand is designed to work with two networking endpoints at launch, the new Nvidia ConnectX-7 networking interface card (below), and the upcoming BlueField-3 DPU. ConnectX-7 will sample in January 2022 and is said to consist of 8 billion transistors in a seven-nanometer design, doubling the amount of data that can be handled compared with the previous-generation ConnectX-6. The BlueField-3 DPU, which will sample in May, has 22 billion transistors in a seven-nanommeter design and provides 16 64-bit Arm central processing units for offloading and isolating data center infrastructure tasks. 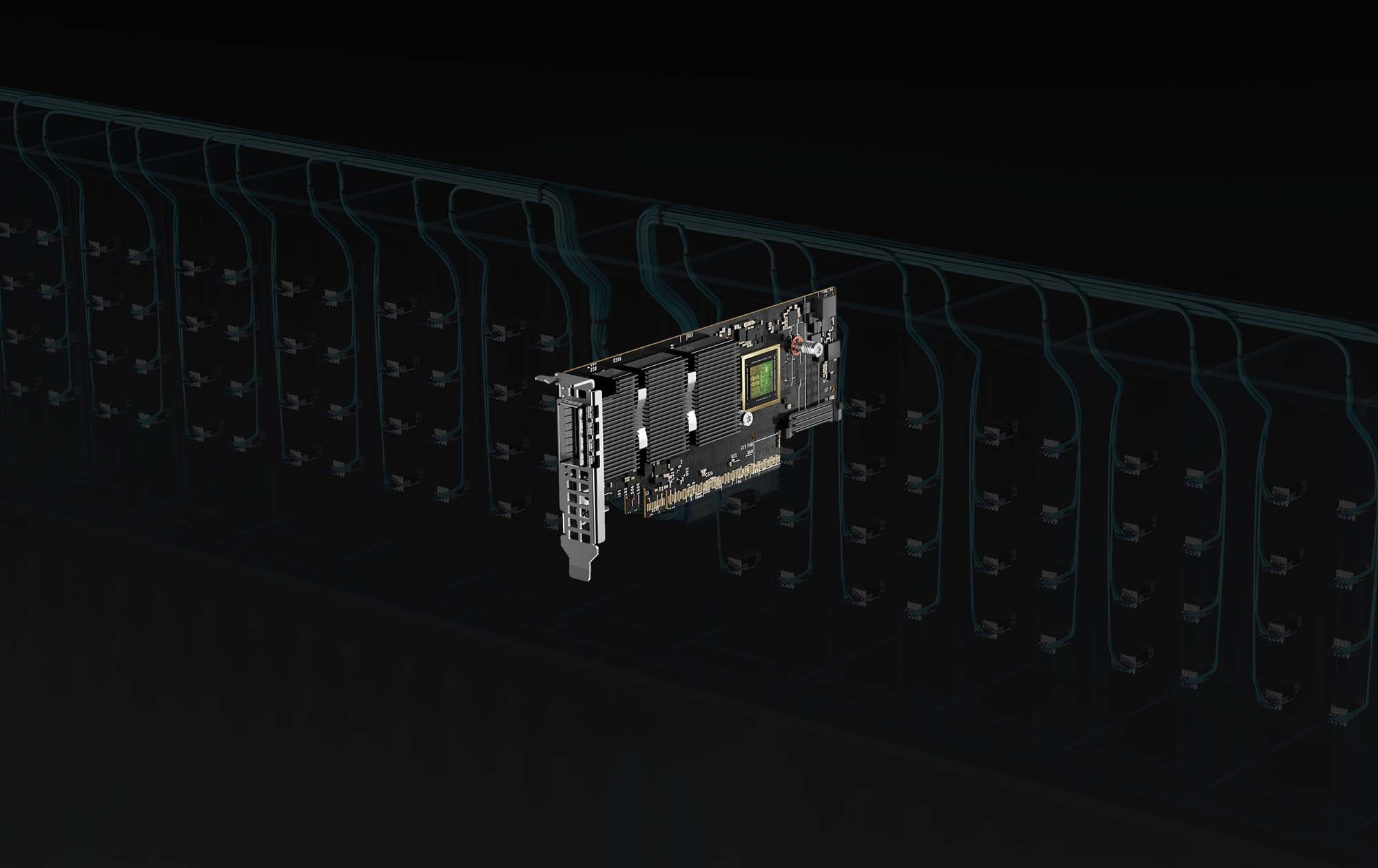