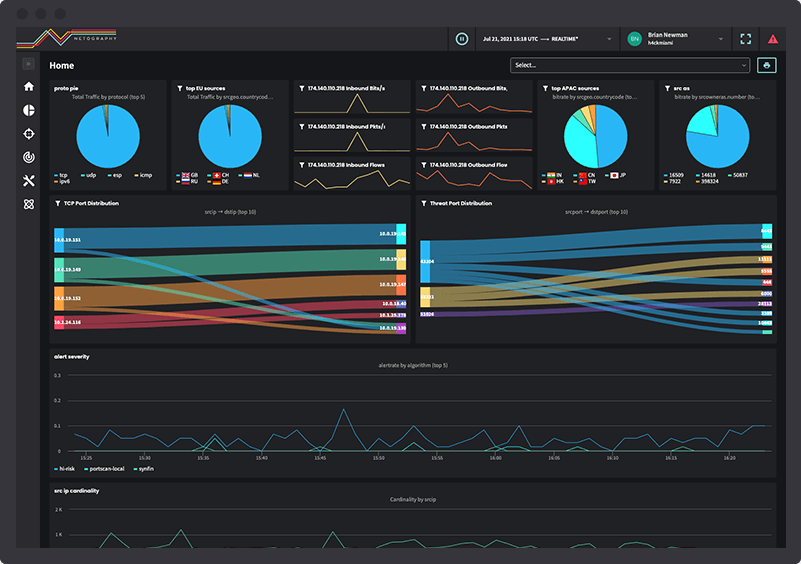 Bessemer Venture Partners and SYN Ventures led the Series A round. Also participating in the round were Andreessen Horowitz, Mango Capital, Harpoon Ventures and Wing Capital.

Including the new funding, Netography has raised $47.6 million to date. The previous round, a seed round, was raised from Andreessen Horowitz in February 2019.

Founded in 2018, Netography pitches itself as enterprise security “eye in the sky.” The company’s software-as-a-service NDR is claimed to be the only product on the market built to secure the atomized network — the combined multicloud, plus on-premises, plus legacy infrastructure that comprises most enterprise networks today.

The company says its platform enables autonomous network security and provides telemetry to stop threats that typically go unseen. Described as offering a seamless view of global infrastructure and cloud services, Netography leverages advanced algorithms to detect threats and automatically respond to them.

Under the hood, Netography’s NDR platform ingests network metadata from disparate systems, enriches it and provides visibility and attack detection in what’s described as a simple and easy-to-manage package. It does so while delivering reusable integrations to block, reroute, orchestrate and inform or alert. The technology deploys, runs and scales up using cloud computing without the need for additional physical or virtual sensors to manage.

“The adoption of the zero-trust model of security with its concomitant utilization of pervasive network encryption requires rethinking how the capabilities of network security can be delivered in the atomized networks of today,” Martin Roesch, chief executive officer of Netography, said in a statement. “The appliance model and deep packet inspection will provide less and less utility as we move forward, and it’s time for a new architecture that addresses the needs of modern network environments,”

Along with the new funding, Netography also announced that it has hired Ben Holladay as chief revenue officer and Dan Ramaswami as vice president of field engineering. Holladay was previously senior director of global security sales at Cisco Systems Inc., while Ramaswami held a similar role at Polarity.io Inc.