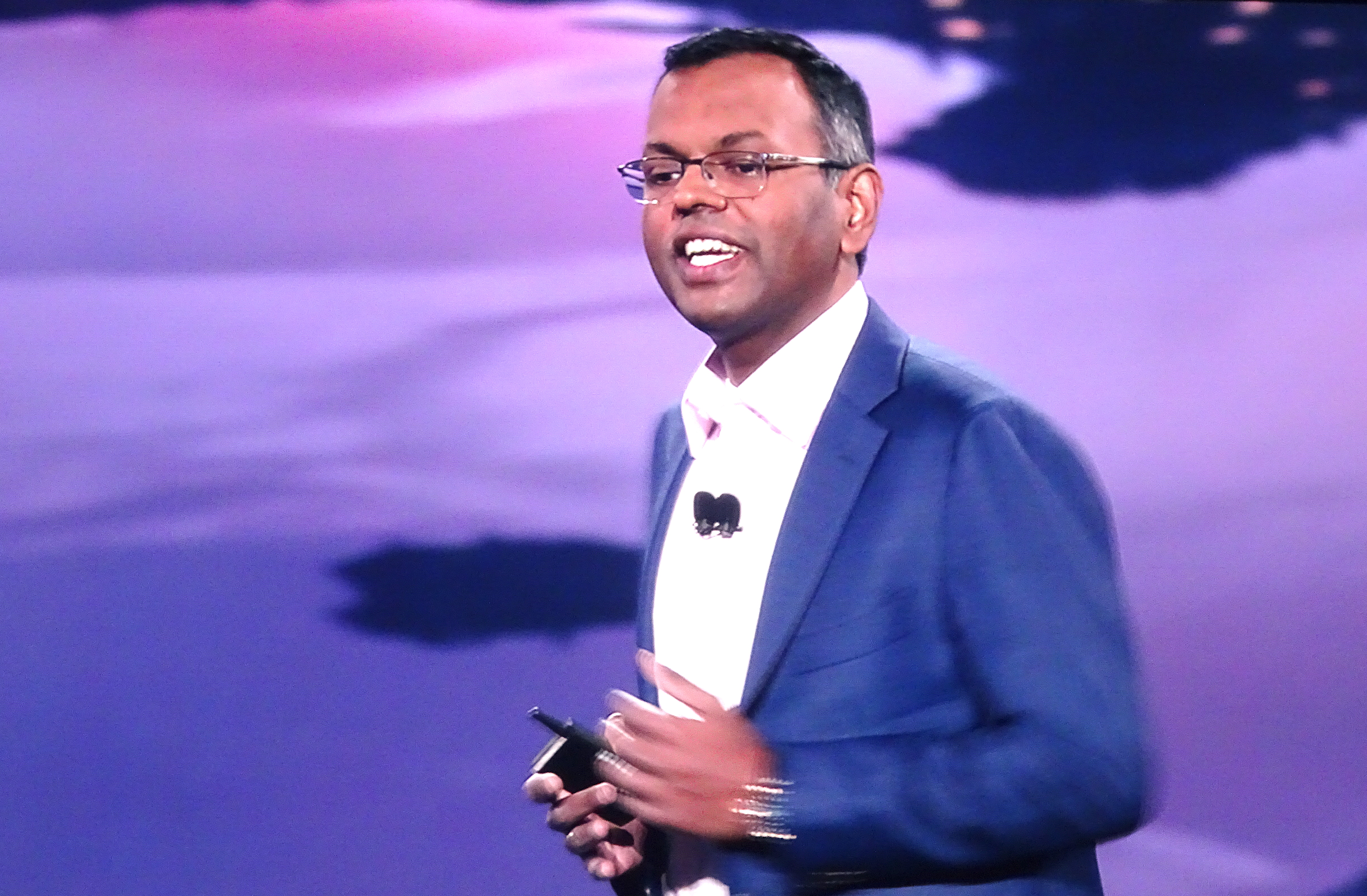 Amazon Web Services Inc. has made a big bet on machine learning and AI, and the company showed every intention of getting its money’s worth from the investment during a string of new product announcements today at AWS’ re:Invent conference in Las Vegas.

Following a keynote from Chief Executive Adam Selipsky on Tuesday where the company announced innovations such as a new processor for deep learning workloads and a no-code machine learning development tool called SageMaker Canvas, the company used the third day of its signature conference to add detail for its machine intelligence vision.

At the core of AWS’ approach is that growth of data is inevitable and the sheer volume, where 1 zettabyte equals enough storage for 60 billion video games, will demand the kinds of machine learning tools which the public cloud giant can provide.

“Zettabyte will soon be commonplace in the corporate lexicon,” said Swami Sivasubramanian (pictured), vice president of Amazon AI. “It is the survival of the most informed.”

In an interesting departure from last year’s machine learning keynote, where SageMaker middleware emerged as a central part of AWS’ focus, this year’s presentation did not even get around to highlighting the tool until nearly 40 minutes had passed. Instead, Sivasubramanian chose to open by emphasizing the company’s database work.

That included the launch of Amazon DevOps Guru for RDS, which makes it easier for users to detect and resolve issues in a relational database, and Amazon RDS Custom to provide customers with a managed service for business apps requiring some level of customization.

AWS also released a new Amazon DynamoDB Standard-Infrequent Access table class for reducing costs of storing infrequently accessed data, and introduced AWS Database Migration Service Fleet Advisor as a tool for making it easier and faster to get data into the cloud.

“Don’t run your databases like you are living in the 1990s,” Sivasubramanian said. “You need to unify your data.”

Despite the shift in focus this year, SageMaker still received plenty of attention. AWS announced a number of new enhancements for its machine learning development tool which Sivasubramanian said had “thousands of customers” using the service.

Amazon SageMaker Studio has been strengthened with integrations that provide access to key frameworks such as MapReduce and Spark. Amazon SageMaker Ground Truth was also bolstered with new access to a pool of expert data labelers.

The launch of Amazon SageMaker Training Compiler is a nod towards the firm’s increased focus on silicon. The solution will automatically compile Python training code and provide GPU kernels for specified models.

“We are investing a lot in SageMaker,” Sivasubramanian noted. “This will make it easier for users to innovate with data in a lot of different ways.”

An example of that can be seen in the introduction of Amazon Lex Automated Chatbot Designer. This new tool simplifies chatbot design using advanced natural language understanding.

It will enhance the Amazon Connect complete call center solution which saw 5,000 new implementations during the early months of last year’s pandemic outbreak, Selipsky said in an in-depth interview with SiliconANGLE.

“What separates a good chatbot from a bad one?” Sivasubramanian asked. “It is effectual conversational design. This process makes it faster and easier for companies to deploy effective chatbots.”

Sivasubramanian is not a newcomer to AWS. In fact, he joined Amazon one year before AWS formally launched and his team has built more than 40 AWS services since then.

The concept behind SageMaker and the democratization of machine learning stemmed from Sivasubramanian’s own experience when he coped with jet lag during a holiday in India and taught himself the basics. He convinced Amazon’s senior management that the company should offer AI and machine learning as a service and 100,000 customers today have validated that bet.

“We must lower the skills barrier and make the tools and tech accessible to everyone,” Sivasubramanian told the re:Invent audience. “Machine learning is transforming what can be done.”