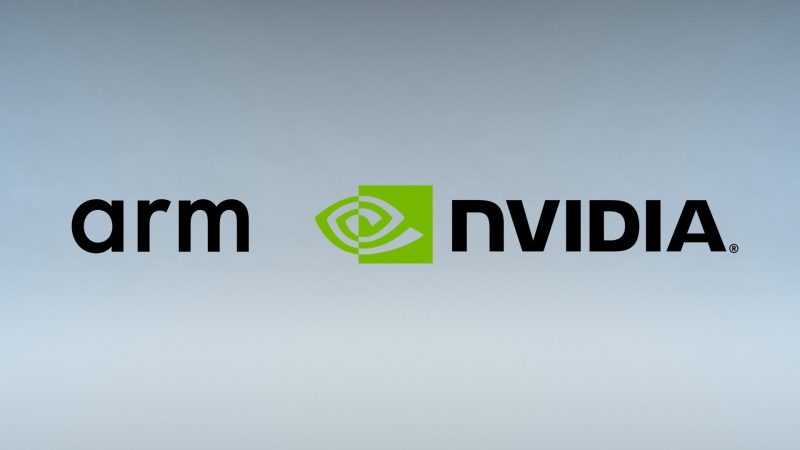 FTC files lawsuit to block Nvidia’s $40B purchase of Arm

The FTC is suing Nvidia to block its planned $40 billion purchase of Arm from SoftBank Group Corp. on antitrust grounds.

The acquisition has faced intense scrutiny from regulators around the world since it was announced last year, but the FTC’s opposition to the deal is the most significant roadblock so far.

“The proposed vertical deal would give one of the largest chip companies control over the computing technology and designs that rival firms rely on to develop their own competing chips,” the FTC said in an announcement.

Arm is a unique player in the semiconductor world with its focus on designing computer chip architecture and licensing those designs to other chipmakers. The company’s Arm instruction set is used by virtually all of the processors in the world that power smartphones, including every Apple Inc. iPhone and most Android phones that use Qualcomm Inc.’s chips.

However, Arm’s role has always been seen as that of an entirely neutral supplier. Nvidia’s move to buy Arm has led to concerns the company could later cut off its rivals from accessing Arm’s technology.

Nvidia argues there is no real conflict. Althugh some of its processors do use Arm-designed cores, the bulk of its graphics processing units are based on a different architecture.

The FTC’s official complaint has not been made public, but in a statement, it said the proposed merger would give Nvidia both the ability, and an incentive, to undermine its competitors. That would almost certainly reduce competition and ultimately lead to less choice and lower product quality, higher prices and reduced innovation, it added.

The FTC is also concerned that Arm licensees share competitive information with the company that they would not want to make available to Nvidia.

Nvidia’s proposed acquisition of Arm has also attracted a fair amount of scrutiny overseas. In October for example, the European Commission announced it’s conducting an in-depth investigation into the deal. The U.K. is also investigating through its own watchdog.

Analyst Holger Mueller of Constellation Research Inc. told SiliconANGLE that the FTC’s move looks to be somewhat counterproductive at a time when the world is desperately seeking ways to solve the ongoing global semiconductor supply shortage.

“The world is in the midst of a chip shortage and now we are not allowing chip vendors to reach better economies of scale,” Mueller said. “If chipmakers aren’t allowed to become multiplatform processor businesses, they will be less protected from the roller-coaster ride that characterizes the single-chip markets. We will see where this goes, but it’s definitely not a good day for Nvidia.”

Another analyst, Charles King of Pund-IT Inc., told SiliconANGLE the FTC’s scrutiny of the deal was inevitable, though he held out hope for Nvidia. He noted there was a lot of similar scrutiny way back in 2003 when EMC Corp. was looking to acquire VMware Inc., only for that deal ultimately to go through.

“VMware was looking to sell itself, but there were industrywide concerns that a deal could confer undue advantages if the buyer were one of the company’s systems vendor partners, such as HP or a software player, like Microsoft that hoped to dominate the fledgling virtualization market,” King explained. “As a pure storage vendor, EMC didn’t have a dog in either of those hunts and turned out to be a perfect suitor.”

The implication is that the same may prove true for Nvidia in its pursuit of Arm, though King said it will need to work hard to convince regulators that really is the case.

“The best approach for Nvidia would be to continue its Arm efforts, address regulators’ concerns forthrightly and prove the detractors wrong,” King added. “That’s exactly what I expect the company to do.”

For its part, Nvidia says it’s more than willing to work with regulators to try and prove it has no ill intentions.

“As we move into this next step in the FTC process, we will continue to work to demonstrate that this transaction will benefit the industry and promote competition,” an Nvidia spokesperson said. “Nvidia is committed to preserving Arm’s open licensing model and ensuring that its IP is available to all interested licensees, current and future.”

The FTC’s lawsuit will at the very least ensure Nvidia is unable to complete its purchase of Arm for some time yet. The trial, which will take place before the FTC’s own administrative law judge, has been scheduled for Aug. 9, 2022. The administrative law judge will then make an initial determination, which can be appealed to the full commission for a vote. That decision can then be appealed again in federal court.

Nvidia had previously said it hopes to close the transaction in 2022.