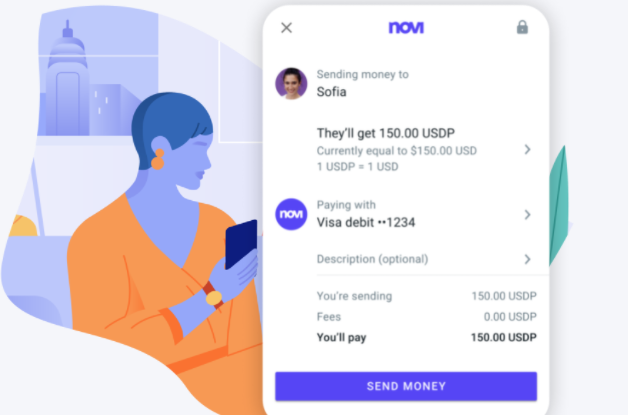 Meta, previously Facebook, announced a pilot program for the Novi wallet in October but without support for the Diem cryptocurrency. Instead, the service is currently only offering support of USDP, a “stablecoin” provided by the Paxos Trust Co. The same limited support is being offered in the pilot program within WhatsApp.

According to Novi, users can send and receive money instantly, securely and without fees and without leaving a WhatsApp chat. Sending USDP within WhatsApp takes a few simple steps, allowing users to “get back to connecting with people you love.”

For those with access to the pilot program, setting up Novi in WhasApp is said to be simple. Users can either log into their existing Novi account or create a new Novi account if they don’t have one.

The service is described as putting security and privacy first with built-in controls and 24/7 account monitoring to help detect and flag suspicious activity. Financial information and documents like photo ID used by Novi are fully encrypted on top of WhatsApp messages and calls, which are already end-to-end encrypted.

One selling point for the service is zero fees to send and receive money, with no limit on how often the service can be used. Funds used to make payments are taken from a debit or credit card or from existing UDSP balances.

Stephane Kasriel, vice president of product at Novi, announced the pilot program on Twitter Inc., saying that “a limited number of people in the U.S.” will be able to participate in the pilot.

“We often hear that people use WhatsApp to coordinate sending money to loved ones, and Novi enables people to do that securely, instantly and with no fees. Payments will appear directly in people’s chat,” Kasriel said. “We’re still very early in the Novi pilot journey, so we made the decision to test this new entry point in one country to start and will look to extend it once we’ve heard from people what they think of this new experience.”

David Marcus, the current head of Novi who announced he was leaving the company at the end of the year described the news as “the best farewell gift from the best team ever!” Kasriel will replace him in the job.

It’s another small step forward for Meta and Novi, a project that has been two years in the making, with big changes along the way.

Novi was initially known as Calibra, while the stalled Diem cryptocurrency was once known as Libra. To say it was controversial after it was announced is an understatement. Meta was attacked from all sides, with one congressman comparing Libra to the 9/11 attacks.

Fortunately for Meta, the slow launch of Novi and the missing-in-action Diem cryptocurrency have not been targeted in the same way in 2021.