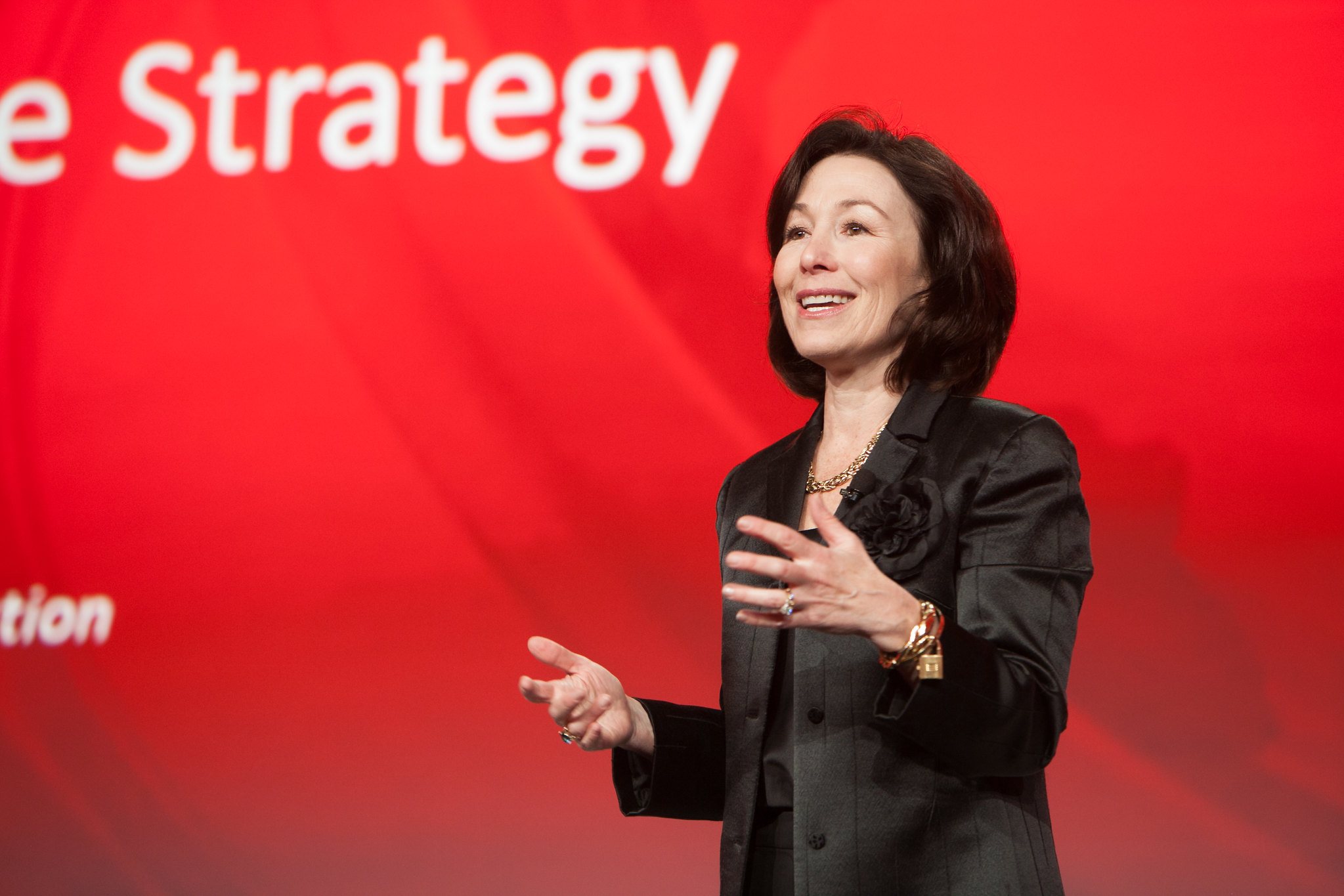 The company reported a profit before certain costs such as stock compensation of $1.21 per share, up 14% from a year ago, while revenue came to $10.4 billion, up 6%. Operating income for the quarter rose 6%, to $4.9 billion.

Oracle Chief Executive Safra Catz (pictured) said the company’s strong results were driven by 22% growth in its infrastructure and applications clouds, which are getting close to doing $11 billion in annualized revenue.

Oracle swung to a net loss of $1.25 billion from net income of $2.44 billion in the year ago quarter, because of a one-time payment relating to a judgment stemming from a 10-year-old dispute surrounding former CEO Mark Hurd’s employment. Hurd joined Oracle in 2010 from the personal computer and server maker Hewlett-Packard Inc. and later became co-CEO alongside Catz until he died in 2019.

Oracle reported it had $7.9 billion in short-term deferred revenue at the end of the quarter, below the $8.29 billion analyst consensus.

Holger Mueller of Constellation Research Inc. said Oracle is a showcase for how legacy software vendors should make a successful transition to the cloud.

“Breaking the $10 billion revenue barrier for the first time in the second quarter, and on track to do $40 billion in full-year revenue, that is a solid trajectory,” he said. “What is also remarkable is that Oracle passed the $3 billion capital expenditure barrier. That’s a serious sign of cloud buildout.”

The fact that Oracle’s cloud revenue is growing across its entire portfolio more than makes up for its declining hardware sales, Mueller added.

Regarding the cost of litigation for Hurd, Mueller said the $4.7 billion Oracle was forced to pay was an extremely hefty fee, though probably still worthwhile as the late executive definitely had an overall net positive effect on the company’s transition and its subsequent growth.

Analyst Charles King of Pund-IT Inc. told SiliconANGLE he believes Oracle is in an enviable position, largely thanks to its shift to cloud service models for its myriad database and business application solutions.

“Despite adopting cloud methodologies somewhat later than many of its peers, the company has made up for lost time and was able to find numerous opportunities to help enterprises blindsided by COVID,” King said. “Like some of its competitors, Oracle has gained strength and resilience during the last two years. This latest earnings announcement suggests that the quarters ahead could portend further good news.”

During the quarter, Oracle revealed plans for a major expansion of its cloud infrastructure business. It said it’s building 14 additional cloud regions across the globe, with new sites in Italy, Sweden, Spain, Singapore, South Africa, Mexico, Colombia, U.A.E, Saudi Arabia, France, Israel and Chile all expected to open by late 2022. It said it will operate a total of 44 cloud regions globally once those sites come online.

The company also boosted its cloud with the addition of unique built-in and add-on cybersecurity features for Oracle Cloud Infrastructure in an effort to differentiate its cloud from rival offerings.

With respect to guidance for the third quarter, Catz told analysts on a call the company is looking at earnings per share of $1.14 to $1.18 on revenue growth of 3% to 5%. Wall Street had earlier forecast earnings of $1.16 per share on revenue of $10.56 billion, which implies growth of about 5%.

Oracle’s board also increased authorization for share repurchases by $10 billion. The board also declared a quarterly cash dividend of 32 cents per share of outstanding common stock.