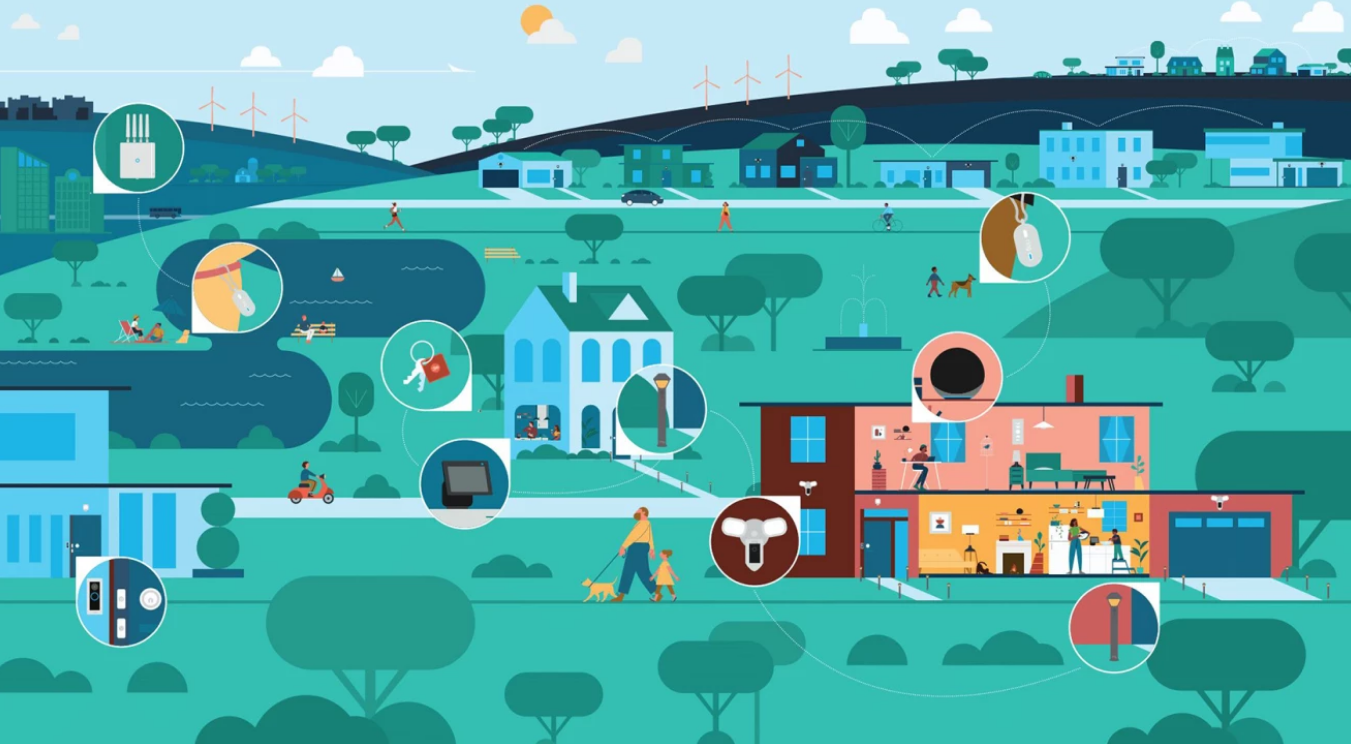 Amazon Sidewalk was launched in 2019, pitched as a way to keep Amazon devices such as the Ring or Echo smart speaker connected even when the home network goes down. It does that by using the Bluetooth and LoRa technologies built inside those devices, to piggyback onto a neighbor’s Wi-Fi network.

At the time of its launch, Amazon said Sidewalk was an opt-in service that will help to keep things such as outdoor smart lights online at all times, even if internet connectivity is lost. That reliance on having neighbors opt in means there are big coverage gaps in Amazon’s Sidewalk network, and the company is now trying to fill some of them with a new gadget.

Called Amazon Sidewalk Bridge Pro by Ring, it’s intended to cover larger areas such as university campuses, parks or big factories. It houses the required radios needed to relay Sidewalk’s signals to the cloud and is aimed at industries and organizations currently beyond the reach of Amazon’s cloud.

The Sidewalk Bridge Pro is a rugged, weatherized device that makes it suitable for outdoor use. It can send and receive device data at distances of up to five miles, Amazon said. That far exceeds the range of the radios within Amazon’s Ring and Echo devices.

Interestingly, Amazon hasn’t said how much the Sidewalk Bridge Pro will cost, instead favoring an approach that will see it explore proof-of-concept partnerships.

One of the first partnerships is with the University Technology Office at Arizona State University, which will install the Sidewalk Bridge Pro devices atop the blue light poles used as emergency stations at its Tempe campus. They’ll be used to relay data from environmental sensors set up by ASU faculty researchers and provide better connectivity for devices in the area.

“Exploring sustainable and long-term solutions plays a critical role in advancing our smart technology initiatives, both on campus and within the community,” said Bobby Gray, the ASU University Technology Office’s director of digital transformation. “Our goal is to deploy and test Amazon Sidewalk Bridge Pro to bring smart solutions, like those fitted to the blue light poles, to campus at scale and lower costs.”

A second partner is Thingy LLC, a maker of outdoor air quality sensors primarily used to track wildfires. By connecting those sensors to Amazon Sidewalk, Thingy’s sensors should be better able to relay critical information about forest conditions and help firefighters guard against potentially catastrophic fires.

The expansion of Sidewalk’s coverage map suggests Amazon has ambitions to become a major competitor in the evolving IoT landscape. Long-range communications are vital for many industrial and agricultural applications, and Sidewalk will help to ensure Amazon and its public cloud computing arm, Amazon Web Services Inc., play a role.

Holger Mueller of Constellation Research Inc. told SiliconANGLE that though networking availability has made strong progress in both availability and bandwidth over the years, there remain millions of devices stuck with no network access due to their remote location. “This is what Amazon wants to address with its expansion of Sidewalk – another example of a consumer-first introduced and tested technology finding its way into the business world,” he added.

“We’re building a network, we’re enabling actors to help the IoT industry,” concurred Stefano Landi, director of Amazon Sidewalk, in an interview with TechCrunch. He added that several thousand companies have reached out to Amazon to ask about commercial use cases for Sidewalk, mostly from firms looking to build smart city services.