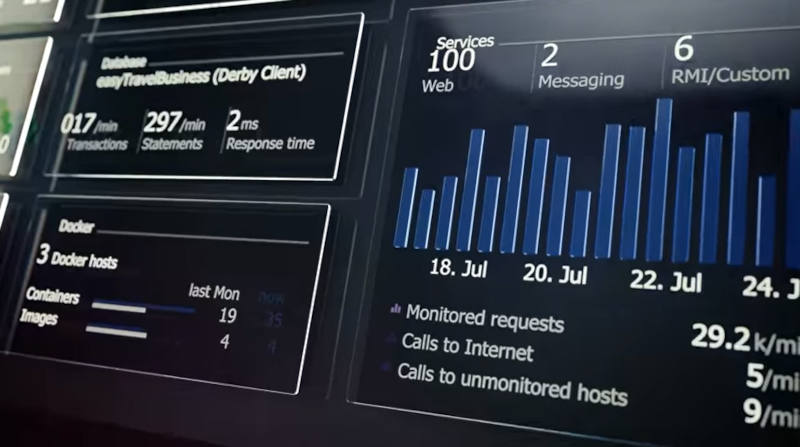 Shares of Dynatrace Inc. dropped more than 19% today after the company posted third-quarter financial results, even though both its earnings and revenue surpassed analysts’ expectations.

NYSE-traded Dynatrace provides an observability platform that enterprises use to detect and fix technical issues in their applications. The platform places a particular emphasis on helping companies troubleshoot applications built using software containers. Containerized workloads can comprise dozens of individual modules or more, which makes it difficult to identify which component is responsible for a technical issue.

Dynatrace’s platform not only helps with troubleshooting but also automates a related task known as instrumentation. That’s the term for the process of connecting applications to an observability platform, which often requires complex code changes. Dynatrace has developed features that automate the task, which makes it easier for companies to monitor their workloads.

Dynatrace generated revenues of $241 million in its fiscal third quarter ended December 21, which represents a 32% increase from a year earlier. Dynatrace’s top line growth in the quarter exceeded both the consensus analyst estimate and the high end of its own guidance.

Dynatrace Chief Executive Officer Rick McConnell, who joined the company in December, emphasized the company’s strong quarterly earnings and revenue. “Having completed my first quarter as CEO, I am very pleased with our third quarter performance, beating the high end of guidance across our key operating metrics driven by new logo additions and continued net expansion rate above 120%,” McConnell said. “Our strong performance fuels our belief that customers increasingly view our software intelligence platform as an indispensable part of their digital transformation ecosystem.”

Dynatrace’s revenue growth in the third quarter was driven partly by the addition of 206 new customers. In the 12 months through Dec. 21, the company added a total of 501 new customers, 22% more than it did a year earlier.

The previous quarter, Dynatrace expanded its collaboration with Google LLC and Microsoft Corp. in the cloud market. As part of the expanded partnerships, the company made its observability platform available through the built-in software marketplaces of the two tech giants’ respective public clouds. The partnerships likely contributed to the hyperscaler-driven sales that Dynatrace cited in its third-quarter report.