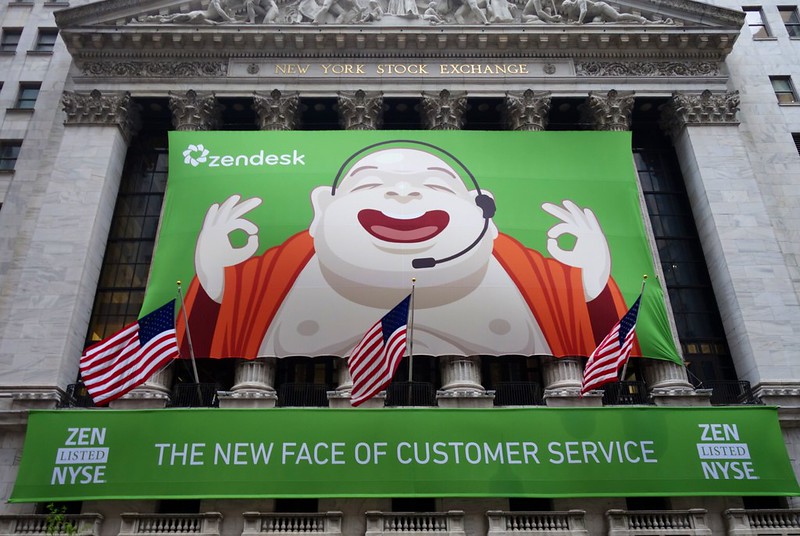 Bloomberg, referencing people familiar with the matter, today reported that Zendesk has hired Qatalyst Partners to explore sales opportunities. The company is said to have already reached out to potential buyers, including software companies and private equity firms. A final decision has not been made to sell and Zendesk could still opt to remain independent.

The move by Zendesk to shop itself for a potential sale comes after the company failed in an attempt to acquire Momentive Global Inc., the company behind SurveyMonkey, for $4.1 billion. The deal, announced in October, collapsed February after Zendesk shareholders rejected the deal.

Zendesk is also facing issues from activist investors JANA Partners LLC. Following the SurveyMonkey deal falling over, JANA Partners said that the board was out of touch and claimed that the rejection of the deal was the lowest level of support by any disclosed deal-related shareholder vote in the last 20 years and possibly ever. Whether correct or not, a vote of 9% for the deal was remarkably low.

“We believe Zendesk requires either significant board change, or in the absence of such change, should be sold.” JANA Partners wrote at the time. “With the Momentive chapter finally in the rearview mirror, we look forward to making the case for shareholders to vote the WHITE proxy card at the Zendesk 2022 annual meeting.”

The rejected private equity takeover bid valued Zendesk at $127 to $132 per share. Although the potential buyers were not disclosed, a consortium including Hellman & Friedman, Advent International Corp. and Permira are believed to have been behind the proposed takeover.

Zendesk shares closed regular trading today at $121.69 before heading to $130.91 after the bell as the report that the company was shopping itself became known.

Exactly what price Zendesk might want from a potential buyer is not clear, but over the last year, its shares have traded as high as $155.62. Clearly, Zendesk will chase a higher figure than the rejected private equity takeover offer.