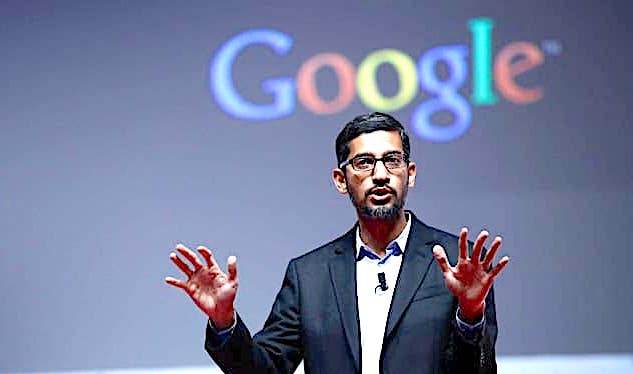 A slowdown in spending on advertising amid the Russian war on Ukraine and an uncertain economy took a toll on Google parent Alphabet Inc. today as it reported first-quarter results that disappointed investors.

The one highlight for the quarter was Google Cloud, Alphabet’s cloud computing unit. It saw strong growth as revenue jumped 44%, to $5.8 billion, with a somewhat smaller operating loss than a year ago of $931 million. Although the cloud top line beat the consensus estimate of $5.75 billion, the operating loss was much higher than the forecast $752 million.

Alphabet reported its overall net profit fell 8% from a year ago, to $16.4 billion, or $24.62 a share, on a 23% rise in revenue, to $68 billion. The revenue growth rate was the slowest since late 2020, partly because of the pandemic-driven boost in advertising a year ago as many people were forced to stay home in front of their computers and phones.

Though that slowing was pretty much expected, the results missed just slightly on revenue and a significant amount on profit. Analysts polled by FactSet had forecast a $17.4 billion net profit on sales of $68.1 billion.

Investors may be partly spooked by the prospect of an even tough comparison to a year ago that’s coming in the second quarter, since Alphabet a year ago was benefiting hugely from lapping the early 2020 COVID-related downturn.

In prepared remarks, Alphabet Chief Executive Sundar Pichai (pictured) pointed to strong growth in search and cloud in particular. He said the company would “keep investing in great products and services.” Chief Financial Officer Ruth Porat added that it would “continue to make considered investments in Capex, R&D and talent,” especially in cloud.

Even if the results, including on the ad side, disappointed some investors, they came in better than those of Snap Inc., which reported last week that macroeconomic conditions, in particular a pause in ad spending after Russia invaded Ukraine in February, weighed on its results. Facebook owner Meta Platforms Inc., which also gets most of its revenue from advertising, reports its first-quarter results Wednesday.

Google has performed relatively better chiefly because its search advertising hews more closely to direct consumer buying than the brand or image advertising of Snap, Facebook and some others. Moreover, the return of business and personal travel, a Google mainstay, as the pandemic has eased likely contributed to continue ad spending growth.

Alphabet’s YouTube video unit didn’t fare as well, as revenue from YouTube ads rose only 14%, to $6.9 billion. Analysts had reckoned YouTube would gross $7.48 billion. The company attributed that to the extraordinary performance of direct-response YouTube ads a year ago, which it lapped in this year’s first quarter.

Alphabet shares fell about 2.5% in after-hours trading. They had declined 3.6%, to $2,373 a share, in the regular session today, on another down day for the overall market. The company’s stock jumped 65% in 2021, but along with the market swoon, so far this year, shares have fallen more than 17%.

“Google delivered a disappointing quarter with the search giant underperforming our expectations across almost all business units, most importantly its core ad search segment,” said Jesse Cohen, senior analyst at Investing.com. “Google’s underwhelming results underline the view that the search giant is struggling with slowing revenue growth as advertisers cut back on spending due to a slowdown in consumer demand amid the current inflationary environment.”

The outlook didn’t thrill investors either.

“Alphabet tempered good business performance in 1Q 2022 with a slightly subdued outlook for 2Q 2022,” Martin Garner, chief operating officer of CCS Insight, told SiliconANGLE. “Next quarter’s growth will feel less exciting compared to the artificially high growth rates this time last year as the world started to come out of the pandemic. Added to that there will be some level of impact from the war in Ukraine, from most of the company’s business in Russia having been stopped and from economic uncertainty around the world.”

View from the cloud

Google Cloud remains a distant third behind market leaders Amazon Web Services Inc. and Microsoft Corp. Also, the unit includes Workspace, its portfolio of online applications such as Gmail, Docs and spreadsheets, so the results aren’t quite as comparable to AWS in particular. Most of AWS’ revenue comes from core infrastructure as a service, such as computing and storage, though Microsoft Corp.’s reported cloud revenue also includes more than infrastructure services.

Still, the cloud results were clearly the bright spot today. And Porat today repeated that revenue from Google Cloud Platform, its infrastructure services, continues to grow faster than Google Cloud overall. And though in contrast to AWS, which usually accounts for the bulk of Amazon.com Inc.’s profits, Google Cloud is still losing money, Porat has said the company believes increasing scale will eventually produce profits.

She didn’t add any details today but indicated that Google Cloud will continue spending big on hiring and data centers. “We continue to invest aggressively in cloud given the opportunities we see,” Porat said.

Indeed, a large chunk of Alphabet’s new hiring and office investment is going toward Google Cloud. “The majority of the company’s 7,400 new staff will go into Google Cloud, plus much of the recent $4 billion investment in new office space in New York, London and Warsaw is earmarked for cloud teams,” Garner noted.

“From the standpoint of revenue growth, Google Cloud clocked another strong quarter at $5.8 billion, following revenue of $5.5 billion in the previous quarter,” Forrester Research Inc. Principal Analyst Lee Sustar told SiliconANGLE. “That indicates success for Google Cloud in establishing itself as a provider of enterprise IT — but the cost of that success is enormous,” he added, citing the operating loss.

“But since Google Cloud revenue was just 8.5% of Alphabet’s total revenue for the quarter, Google Cloud can afford to keep losing money for a long time to come in an effort to catch up with AWS and Microsoft as a provider of enterprise IT while pressuring its rivals to invest and contain price increases,” he noted.

Meanwhile, Microsoft reported strong fiscal third-quarter results in cloud, though at a slower 32% rate of growth than Google Cloud, with Microsoft Cloud revenue coming to $23.4 billion. Its stock rose about 5% in after-hours trading.

Pichai also emphasized, as he usually does, the central importance of artificial intelligence in many of the company’s services. “AI continues to be at the heart of our core search and advertising products,” he said on a conference call for analysts.

“Google other” revenue, which includes Google Play apps and media, devices such as its Pixel smartphones and Nest smart home devices, and non-advertising YouTube revenue, saw sales rise just under 5%, to $$6.8 billion.

Google’s “Other Bets” businesses, such as the self-driving car startup Waymo and the health sciences firm Verily, more than doubled revenue from a year ago, to $440 million, though as it customarily does, it lost money, reporting an operating loss of $1.2 billion, a bit more than a year ago.

Overall, most analysts believe Alphabet is generally better off than some other big tech companies. “We expect smaller beats in 2022 as search growth slows and operating expenses increase,” Bank of America analyst Justin Post wrote in a note to clients. “However, versus peers, Alphabet has more earnings stability, more potential exposure to an ongoing rebound in local and travel verticals, evidence of artificial intelligence advantages across the product stack and a management team doing more for shareholders (buybacks and now stock splits).”

Alphabet had announced on Feb. 1 a 20-for-1 stock split, which doesn’t change the value of investors’ holdings but could open up the shares to more people by lowering the price of an individual share. Alphabet said it plans to split the Class A, Class B and Class C shares of the stock. Each shareholder 19 additional shares for each share of the same class of stock they own.

The company also announced on April 20 that it may repurchase up to $70 billion more of its Class A and C shares.

Like pretty much all of Big Tech but perhaps even more than some, Alphabet faces regulatory challenges in the U.S. and abroad. Most recently, its proposed $5 billion acquisition of cybersecurity firm Mandiant Inc. from March could be challenged by the Department of Justice.