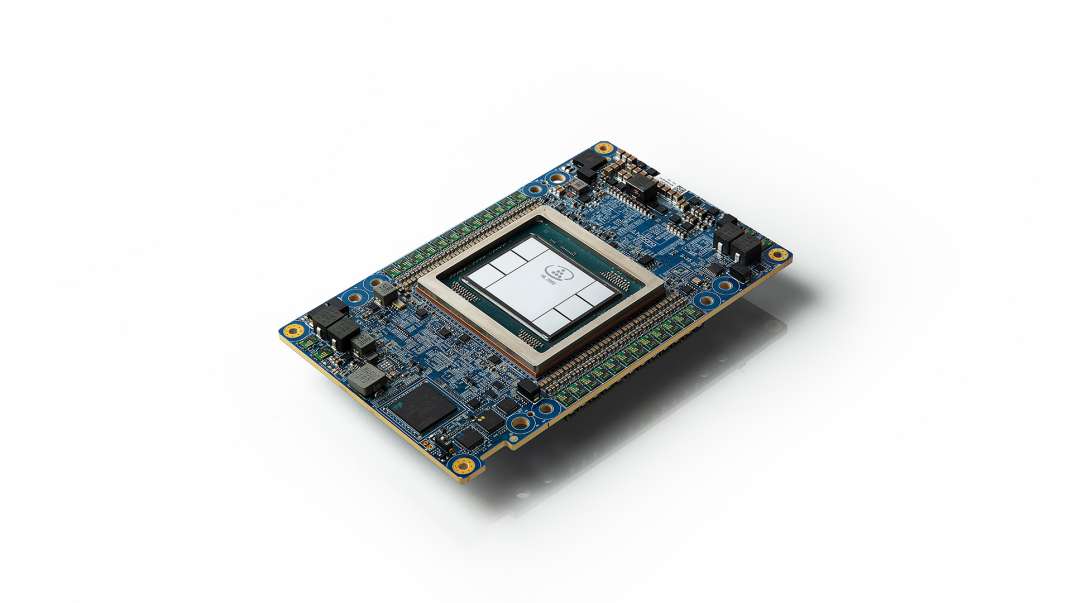 Intel Corp. today expanded its product portfolio with several new chips, including an artificial intelligence processor that it promises will provide twice the performance of Nvidia Corp.’s flagship A100 graphics card.

Intel executives detailed the chips at the company’s inaugural Intel Vision event. On the occasion, the company also shared new details about several of the upcoming data center processors on its roadmap.

In 2019, Intel inked a $2 billion deal to acquire Habana Labs, a startup focused on developing AI chips for data centers. The startup offered two chips at the time of the acquisition: one optimized for training AI models and another focused on inference, the process of using a trained neural network to make predictions. Today at Intel Vision, Habana Labs introduced new versions of both its training and its inference chips.

Gaudi 2 is the Intel subsidiary’s newest processor for training AI models. Whereas previous-generation Habana Labs silicon was made using a 16-nanometer manufacturing process, Gaudi 2 uses a more advanced seven-nanometer process. The upgrade enables the chip to provide significantly more performance than its predecessor.

Intel claims that Gaudi 2 offers up to three times as much throughput as Habana Labs’ first-generation AI training chip. In an internal benchmark test, the chip delivered twice as much throughput as Nvidia’s flagship A100 graphics processing unit for data centers. The benchmark test measured how fast the Gaudi 2 and A100 can train two popular machine learning models.

The new seven-nanometer manufacturing process that Gaudi 2 uses isn’t the only contributor to the chip’s increased performance.

The chip includes 24 Tensor Cores, circuits optimized specifically for training large-scale deep learning models. In Habana Labs’ previous-generation processor, there were only eight Tensor Cores. Additionally, the amount of SRAM and HBM2E memory included in each Gaudi 2 chip has been doubled and tripled, respectively.

One of the key features of the Gaudi chip series is that certain networking components are integrated directly into the processors. That reduces the amount of additional networking hardware that data center operators have to buy, which lowers costs. The Gaudi 2 ships with 24 100-gigabit Ethernet ports, 14 more than its predecessor.

The Gaudi 2 made its debut today alongside Greco, Habana Labs’ second-generation inference chip. An inference chip is a type of processor optimized to run AI models in production after they have been trained.

Like the Gaudi 2, the Greco has been upgraded from a 16-nanometer manufacturing process to a seven-nanometer process. It features an onboard media encoding engine optimized to perform computations on media files stored in the HEVC, H.264, JPEG and P-JPEG formats.

A typical data center server uses only a portion of its processing capacity to run applications. The rest is used to perform supporting tasks, such as coordinating network traffic and encrypting applications’ data. Those supporting tasks account for a significant percentage of a server’s CPU usage.

Intel last year debuted a line of specialized chips, known as IPUs, that can offload chores such as encrypting data from a server’s CPU to free up processing capacity. Intel today announced plans to add several new IPUs to its portfolio through 2026.

The first planned addition to the product series, known as Mount Evans, will launch this year. Developed in collaboration with Google LLC’s cloud business, the IPU can process 200 gigabits of data per second, according to Intel. Mount Evans is an ASIC, or an application-specific integrated circuit, a chip designed for a specific set of computing tasks.

“These IPUs were co-developed with large-scale customers like Google and Microsoft to enable them to customize their infrastructure,” said Sandra Rivera, executive vice president and general manager of Intel’s Datacenter and AI Group.

Intel today also shared details about the Arctic Sound-M graphics card, another upcoming edition to its data center portfolio. The GPU is designed for use cases such as video content processing and cloud-based game streaming.

The Arctic Sound-M will be capable of performing 150 trillion computing operations per second, according to Intel. It will launch next quarter in two form factors. The chip is also set to become available as part of more than 15 data center systems from Intel hardware partners.

The fastest Core HX processor includes 16 cores. Half of the cores are based on a performance-optimized design, while the other eight are optimized for power efficiency. According to Intel, the Core HX series demonstrated 65% higher multithreaded performance than comparable chips in an internal benchmark test.

All seven CPUs in the product line offer support for overclocking, a capability that enables users to increase their laptops’ performance when running demanding applications. Another capability, called ECC, prevents data errors from emerging in a computer’s memory. The first laptops to feature Core HX processors are expected to become available later this year.