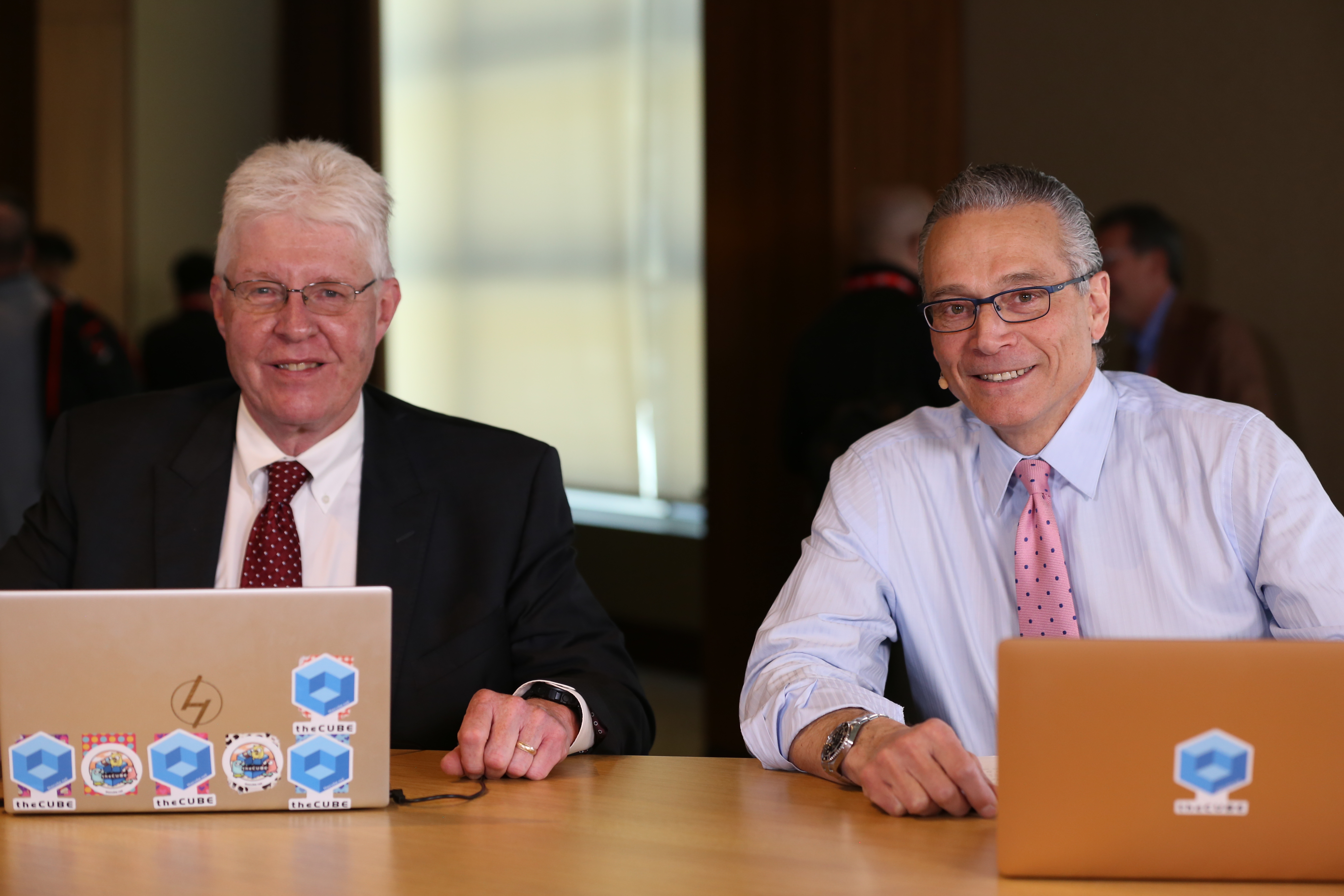 Vellante was joined by industry analyst Paul Gillin during the Red Hat Summit event, an exclusive broadcast on theCUBE, SiliconANGLE Media’s livestreaming studio. Wrapping up the first day of the event, they discussed the keynote speech and advancements in hardware in the coming years. (* Disclosure below.)

Despite IBM’s history of “bluewashing” acquisitions, Big Blue has uncharacteristically been almost free from mention during Red Hat Summit’s keynote address — even though IBM Think is happening simultaneously.

“IBM was not mentioned once, and the logo only appeared once on the screen in fact, so this is very much Red Hat being Red Hat, not being a subsidiary,” Vellante said. “I think that certainly IBM’s done a good job of weaving the brand separately.”

This reminds Vellante of when EMC Inc. owned VMware Inc. but didn’t want it publicized. One potential reason is that Red Hat is more influential to IBM than the parent company wants to admit.

“It’s very clear that Red Hat is the growth engine within IBM,” Gillin said. “I’d say it’s a bit of the tail wagging the dog right now, where Red Hat really is dictating where IBM goes with its hybrid cloud strategy, which is the foundation not only of its technology portfolio, but of its consulting business. Red Hat is really in the driver’s seat of hybrid cloud, and that’s the future for IBM.”

The release of RHEL 9 continues to build on Red Hat’s hardware collaborations with both Intel Corp. and Nvidia Corp., with hardware likely to “become one of the most important factors” in the next couple of years, according to Red Hat Chief Executive Paul Cormier’s keynote during the event, Vellante reported.

Both Vellante and Gillin agreed that a “hardware renaissance” is building as processing becomes decentralized, moving to smaller discrete processors on the edge with the CPU serving as more of a “traffic cop.” The creation of 100-core CPUs is a precursor to the “200- to 300-core CPUs we may see in the next couple of years,” Gillin said.

(* Disclosure: TheCUBE is a paid media partner for Red Hat Summit. Neither Red Hat, the sponsor for theCUBE’s event coverage, nor other sponsors have editorial control over content on theCUBE or SiliconANGLE.)