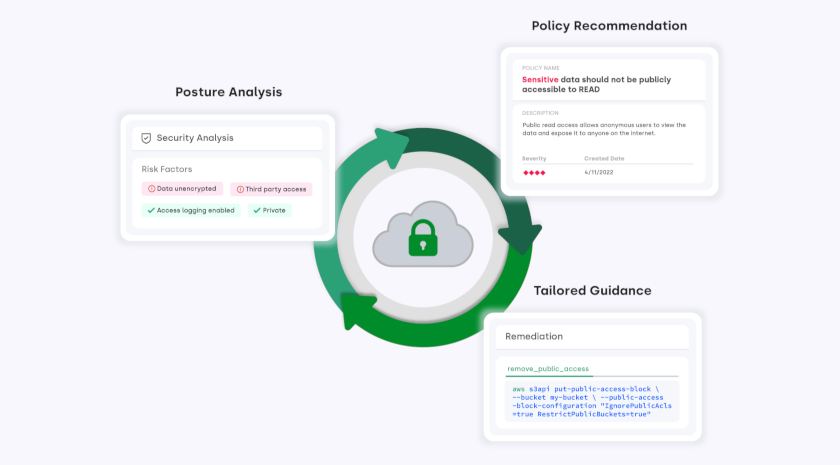 The round, which comes six months after Laminar’s launch from stealth mode, brings its total outside funding to $67 million. The Tel Aviv-based startup also counts Insight Partners and publicly traded cybersecurity SentinelOne Inc. among its investors.

“The growing number of players in our space is exciting as it drives us to further innovate with both speed and quality,” said Laminar co-founder and Chief Executive Officer Amit Shaked. “The more cybersecurity and cloud leaders learn that there are products out there that solve their greatest public cloud data challenges, the more we all win.”

Organizations are moving a growing number of applications to the cloud as part of their technology modernization initiatives. The result is that an increasing amount of business data is being stored in the major public clouds and cloud data platforms such as Snowflake. When data is kept in multiple technology environments, securing it from hackers becomes more difficult.

Laminar provides a platform that helps companies secure the business records they keep in the cloud. The platform can automatically map out the data that an organization stores in cloud databases, managed data warehouses and other off-premises systems. It then identifies potential cybersecurity issues that could make a company’s information vulnerable to hacking attempts.

Laminar spots misconfigured settings that increase the risk of a cyberattack. The startup’s platform can, for example, detect if a cloud database doesn’t encrypt business information or is set up in a way that allows users to download records without entering a password. Laminar’s algorithms generate suggestions on how administrators should go about fixing configuration issues.

When building a new application, software teams frequently create databases to support their development efforts. A software team working on a sales forecasting application, for example, might test it with the help of a database containing past sales forecasts. Such systems are difficult to secure because they are often created without the knowledge of the information technology department.

Laminar says its platform alerts IT teams to databases created by users and maps out what information they contain. According to the startup, its platform can find such databases even if they’re embedded in a cloud instance, which usually makes monitoring difficult.

Laminar launched with initial support for Amazon Web Services and recently extended its platform to Microsoft Corp.’s rival Azure platform. Following its latest funding round, the startup plans to continue building new features as well as grow its sales and marketing teams.