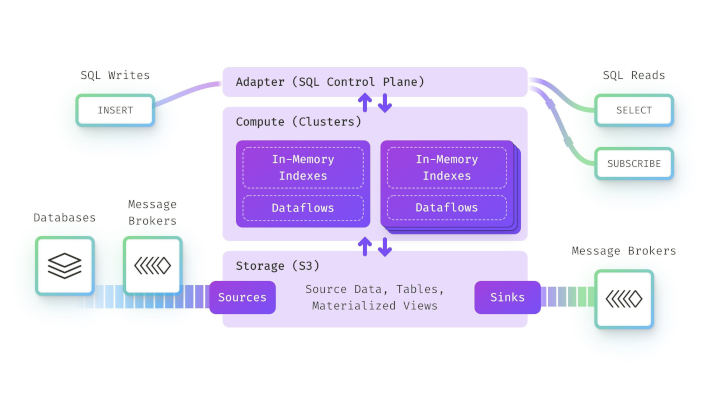 New York-based Materialize launched from stealth mode in 2020 and is backed by more than $100 million in funding. The startup’s investors include prominent venture capital firms such as Kleiner Perkins and Lightspeed Venture Partners.

There are many situations where enterprises require the ability to process new information immediately after it’s generated. If an industrial sensor generates an alert about a potential equipment failure, the alert must be reviewed as soon as possible to facilitate troubleshooting. The ability to process data in real time is also important for a variety of other use cases ranging from ad delivery to artificial intelligence development.

Materialize’s namesake streaming database makes it easier to process data in real time. According to the startup, its database can detect when new information is added to a company’s internal systems and quickly collect it. From there, Materialize makes the collected information available to applications through a low-latency interface.

The database enables applications to modify data to make it easier to process. A server monitoring program, for example, could use the startup’s database to turn server logs into a form that lends itself better to detecting potential outages.

The new release of the database that Materialize debuted today includes features that will allow it to support large-scale applications more efficiently. Additionally, the release promises to ease the process of turning data into insights.

The computations that Materialize carries out to ingest and collect data are in real time, performed by a component that the startup refers to as the database’s compute engine. The new release enables users to deploy multiple compute engines to speed up processing. As a result, complex applications that ingest large amounts of data can complete calculations faster.

The new release also introduces a feature that makes it possible to run multiple Materialize database deployments, or clusters, side-by-side. Clusters can optionally share information with one another.

According to Materialize, one benefit of the feature is that it can help companies to reduce the risk of outages. A company could create two separate database clusters and sync the information they contain using a new replication feature that was also debuted today. If one of the clusters experiences a technical issue, the other can continue operating.

The feature is also useful for other tasks, according to Materialize. Software teams can use it to create a dedicated database cluster for a new application. The new application can run on the dedicated cluster without affecting existing Materialize database environments.

“Clusters allow you to add in new compute resources as you have new tasks, without disrupting any existing work,” Materialize Chief Executive Officer Arjun Narayan and Chief Scientist Frank McSherry explained in a blog post. “You can safely experiment with new use cases without the risk that you might overwhelm your production clusters.”

Besides making Materialize deployments easier to operate, the new release of the database also adds features that will simplify certain analytics tasks.

Another new capability, strict serializability, will reduce the risk of data processing errors. The capability is designed to prevent errors from emerging in situations where multiple applications or users attempt to modify the same record at the same time.

The new release of Materialize is currently available in early access.