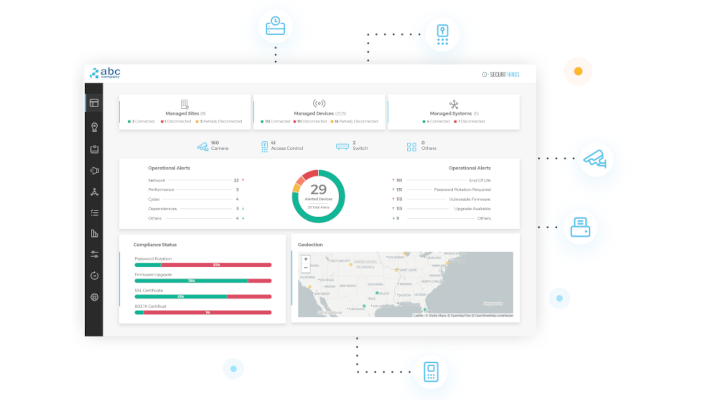 The Series B funding round, which was led by USVP, brings SecuriThings’ total outside funding to $39 million. USVP was joined in the round by Swisscom Ventures as well as existing investors Aleph, Firstime VC and Cresson Management.

Tel Aviv-based SecuriThings provides a cloud platform that helps companies manage the surveillance cameras, smart locks and other “internet of things” products they use to secure their facilities. The startup says it has dozens of customers, including multiple Fortune 100 companies.

The first device management task that SecuriThings’ platform promises to ease is ensuring cybersecurity requirements are met. According to the startup, its platform can automatically scan an organization’s devices for potential vulnerabilities. Its algorithms also detect if hackers attempt to use those vulnerabilities to launch cyberattacks.

The company says its platform is capable of spotting when potentially malicious files are installed on a company’s hardware. SecuriThings detects other types of hacking tactics as well, such as attempts to guess device passwords.

The startup’s second major focus is easing the routine maintenance work involved in operating a large fleet of connected devices. SecuriThings automates the process of rolling out software patches to a company’s device fleet. To reduce the risk of breaches, the platform can require that device passwords be regularly changed.

Besides routine maintenance tasks such as patch installation, operating a fleet of connected devices also requires companies to detect when equipment malfunctions and repair or replace it. To support companies’ troubleshooting efforts, SecuriThings’ platform collects data such as processor usage metrics from connected devices. Administrators can consult the collected data to more quickly find the root cause of a hardware malfunction and identify how it can be fixed.

“Most enterprises have hundreds to many thousands of physical security devices to protect their people, property and IP, as well as to comply with legal and regulatory requirements,” said SecuriThings Chief Executive Officer Roy Dagan. “What makes our IoTOps platform a game-changer is that it is enabling physical security teams across various industries and organization sizes, including multiple Fortune 100 companies, to bring IT standards to all of their devices.”

SecuriThings will use the proceeds from its latest $21 million funding round to expand its go-to-market efforts. In parallel, the startup will accelerate product development. It plans to add more features to its platform as well as introduce support for more types of devices.