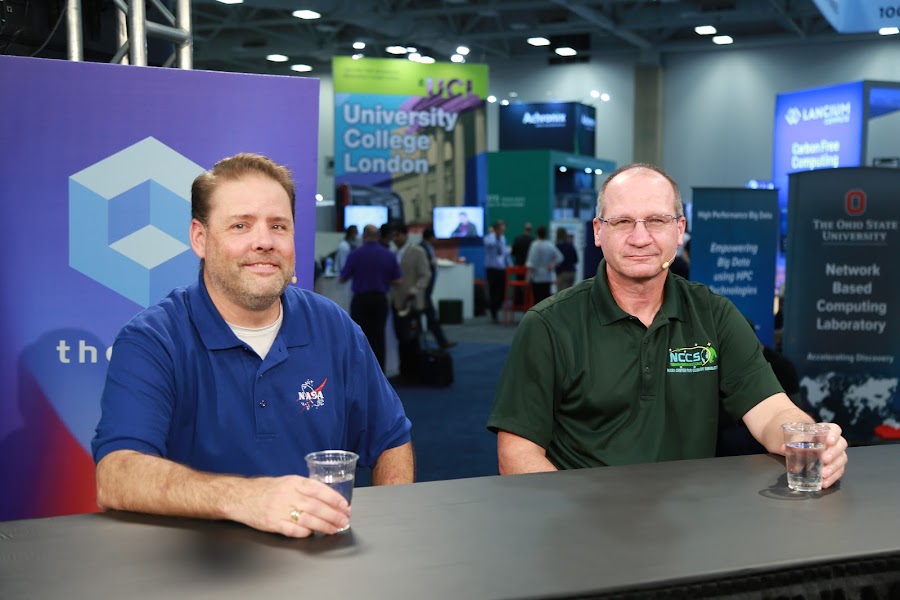 Supercomputing has evolved from niche uses, such as for weather predictions, and is now driven by artificial intelligence and machine learning, with the power of these systems dramatically increasing.

The present and the future of high-performance computing were on display during The International Conference for High Performance Computing, Networking, Storage and Analysis event, also known as SC22, which ran from Nov. 15 to 17. TheCUBE, SiliconANGLE Media’s livestreaming studio, covered the entire event, including exclusive interviews with experts from leading computing companies focusing on supercomputing and cloud computing. (* Disclosure below.)

In case you missed it, here are three key insights from the SC22 event:

Before SC22’s kickoff, theCUBE host and industry analyst John Furrier put it this way: “It’s a hardware nerd-fest of the top minds.”

This was evident across the convention floor, with a flurry of major announcements from the sector’s top players. Nvidia Corp. introduced new high-performance computing solutions for researchers, Cerebras Systems Inc. unveiled an AI supercomputer, and Hewlett Packard Enterprise Co. announced a new portfolio for its Cray supercomputer line.

During the Day 1 Keynote Analysis segment, theCUBE co-host Savannah Peterson — deeming herself a “very open hardware nerd” — said SC22 had her excited to see which early AI trends are finding their footing in business use cases. There was a lot of hype around quantum and AI 5 to 10 years ago, but these advanced technologies have been historically difficult to scale, as the hardware wasn’t yet ready to power those types of endeavors.

“Now, we’ve got air cooling, we’ve got liquid cooling, we’ve got multiple [graphics processing units]. Dell was showing me all eight of theirs that they put in their beautiful million-dollar piece of equipment, which is extremely impressive for folks to run complex calculations,” Peterson recalled. “But what I’m excited about is, I love when we fuse business and academics together. I think that doesn’t happen very often.”

Among the many notable announcements at SC22 was Dell Technologies Inc. unveiling its PowerEdge XE9680 system. Billed as the first system with eight Nvidia GPUs interconnected with Nvidia’s NVLink, Dell designed it to meet growing customer demand on large-scale artificial intelligence and high-performance computing initiatives.

Travis Vigil, senior vice president of product management at Dell, said the company is hearing from its customers that AI workloads and traditional HPC workloads are becoming almost indistinguishable. What’s important is trying to understand what customers are trying to do, taking all the various streams of data — both structured and unstructured — and bringing it together to make business decisions.

“It’s a really exciting time because customers are saying the same things that research scientists and universities have been trying to do forever with HPC: ‘I want to do it on an industrial scale, but I want to do it in a way that’s more open, more flexible,’” he said.

What Vigil calls “AI for the rest of us,” the latest iteration of Dell’s PowerEdge line will provide additional support for AI initiatives announced by the company earlier this year, including Dell Validated Design for AI.

High-performance computing has compelling use cases across various industries, but none as exciting as the final frontier. At NASA’s Global Modeling Assimilation Office, scientists maximize the use of observations taken from outer space, building that into a coherent, consistent physical system of the Earth. The demands are massive because it involves modeling all of NASA’s Earth data.

Over the next decade, NASA has made a long-term commitment to building an open-source science community. That’s why scientists are excited about the technology they expect they’ll soon be able to utilize, according to two NASA scientists who spoke to theCUBE during the event.

“To me, it’s the accelerator technologies. The limiting factor for us as scientists is how fast we can get an answer,” said Dr. Bill Putman (pictured, left), associate chief of the Global Modeling and Assimilation Office at NASA Goddard Space Flight Center, told theCUBE during the event.

“If we can get our answer faster through accelerated technologies, with the support of the NCCS and the computing centers, but also the software engineers enabling that for us, then we can do more and push the questions even further,” Putman said.

Dr. Dan Duffy (right), chief of the Computational and Information Sciences and Technology Office at the NASA Goddard Space Flight Center, said what gets him excited are the software frameworks that go around the simulations his colleagues want to do.

“The technology, they’re dealing with how to use those in an energy-efficient and most efficient way; it’s extremely important,” he said. “That’s what I’m really here to try to understand better, about how can I support these scientists with not just the hardware, but the software frameworks by which they can be successful?”

(* Disclosure: TheCUBE is a paid media partner for the SC22 event. Neither Dell Technologies, the main sponsor for theCUBE’s event coverage, nor other sponsors have editorial control over content on theCUBE or SiliconANGLE.)