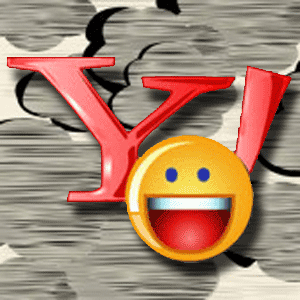 5 Executives Who Could Lead Yahoo Next

The top job at Yahoo is up for grabs. Yesterday Yahoo CEO Carol Bartz confirmed reports that she has been fired by the board of Yahoo. Kara Swisher of AllThingsD reports that Yahoo is hiring strategic consultants and and executive search firm to determine how to move forward.

Who could and should take the helm of Yahoo at this point? It’s a tough job, and the new CEO will be stepping into a company with low morale. Our own John Furrier shares some thoughts.

“The core issue at Yahoo is do you get media exec or tech exec,” John says. “It’s a tough call. I say tech because media is becoming algorithm and platform based.” But the case can be made for the other side as well – Yahoo is advertising based and will need a CEO with strong connections in the publishing world to keep its advertisers. The platform would be the CTO’s job.

Beyond that, there’s also the question of whether they go with a big name or a relatively unknown, younger but hungrier person who understands product and the way the Web is evolving. “It’s a tough hire: they need a maverick, a tech exec and a media savvy operator all in one package.”

So who might Yahoo tap for this role? Here are a few possibilities.

Jason Kilar Kilar is the CEO of Hulu and has nearly a decade of executive experience at Amazon.com. There’s a bidding war on for Hulu, and Yahoo is part of it. John says buying Hulu and hiring Kilar could be the first step towards turning Yahoo into a user experience company not a old portal with a paint job. Om Malik thinks Kilar would be the best choice for the job, noting: “Hulu not only brings Kilar but it also fills up a vital hole in Yahoo’s product line-up: video content.”

Nikesh Arora Arora is senior vice president and chief business officer of Google. Previously he was chief marketing officer of T-Mobile. Aroa would obviously be a good choice, but given that he’s next in line for the CEO office at Google, Yahoo could be a tough sell. But it would a challenge, and would get him out of the shadow of Google’s founders, so it’s possible.

Doug Garland Garland has worked as VP of product management at Google and as an SVP at Yahoo. “Garland isn’t a big name but possess the execution operations skills with product savvy,” John says. “Doug’s been active in the startup world advising companies and VCs so he’s experienced and current.”

Dan Rosensweig Rosenweig was the COO of Yahoo from 2002-2007. He’s now the CEO of text book rental company Chegg. Rosenweig seems to be more interested in the startup world now, but the challenge of turning his old company around could be appealing.