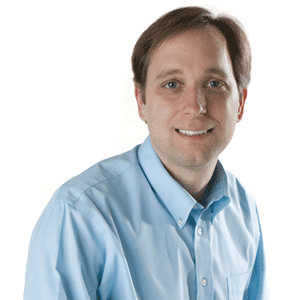 Fusion-io, already becoming famous for their highly successful Flash storage products, is adding a new technology that will permit a new type of write primitive called an “atomic multiblock native write.” Most importantly the multiblock write will be enabled and native to hardware and this will help resolve a problem with writes that often work as a two-part write—once to get the data in place and another one to update the journal of the activity.

David Flynn, CEO of Fusion-io, told John Furrier and Dave Vellante in theCube at Oracle OpenWorld 2011 that he believes this new primitive will be a game changer which will give his company a huge leg up (video) on hard drive based systems and against other companies in the same market. He mentions that the atomic multiblock write is being showcased right now in the InnoDB storage engine (which one might note is default in MySQL.)

At the storage layer, with an atomic write, with I/O memory it makes certain that there’s no need for two actions to get a write completed. This means that if there’s a power outage there’s no chance that only half of the data will be committed; it either commits completely or it fails completely. This also means that the write happens faster, more robustly, and thus prevents suffering an orphan or widow on either side of the write.

In programming, atomic procedures are the go-to tools (the nuts and bolts) and having more of them to build with and more native hardware support makes it easier for developers to construct better services. Having access to an all-or-nothing multiblock write could simplify a lot of storage processes.

Not only is the new primitive a powerful move, but Flynn also discussed why Flash.

Fusion-io realized that NAND Flash presented an opportunity to change the game–as it brings orders of magnitude more speed and depth than hard drives. Last generation managed to double performance and retain endurance even with degrading Flash; and the second generation increases performance even further and also increases endurance. Fusion-io expects this to bring them to market a better, faster, stronger product than those who use disc as their primary storage hardware. The addition of atomic multiblock write will make Fusion-io components even stronger contenders.

Fusion-io has been in the market for 4 years and OEMed through large vendors like HP and Dell. This means that they’re competing with the big boys and capable of building into this growing infrastructure solution.

Storage has been serving two masters, one has been the retention of data (so it doesn’t get lost) and the other is the delivery of data so that processors don’t sit idle. These demands are two totally different demand drivers and with Flash it allows these two processes to be decoupled. Customers do not want to pay twice to solve the data delivery problem vs. the performance problem.

This new primitive will put data writes close to the hardware (by enabling the mutliblock write natively on hardware) and as a result the software need worry less about making sure all the components go into place. It can just write-check-and-go rather than some more complicated stack that requires further validation and waiting. As a result, customers will see better performance and reliability from the outset and developers don’t need to worry about having to write in extra validation that will slow down their code.

Flynn explains that there’s a lot of untapped market to grow into and the new primitive that Fusion-io is adding will only open up further opportunities.

He describes Fusion-io as a Pandora’s Box in the market acting as an enterprise and systems company looking to solve the distribution and consolidation problem to increase return on investment (ROI.) Flash is only one component of a holistic approach to software-hardware-systems to increase overall performance and stand up in a market where needs are changing very quickly.