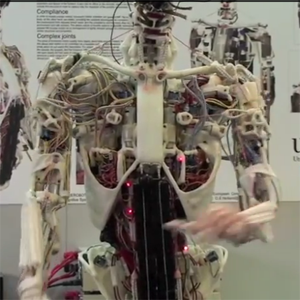 AI On the Rise: Driverless Car, Gogobot Apps, and Advertising

As machines get sophisticated, the less they require human supervision or intervention. Powered by artificial intelligence (AI), various functions are now being performed by computers, functions that used to be accomplished by a live person. This could pose positive and negative outcomes alike. Advantages lean on the financial aspect, efficiency and accuracy. Those who will be displaced and lose their jobs as a consequence of AI technologies are the primary casualties of having creative machines around. But, whatever the odds are, AI moves forward with more outrageous, adventurous and ambitious projects.

Now, if you think that Watson (from IBM) is genius and robots getting a spot at a reality show’s judging panel is absurd, would you ride a driverless Toyota Prius? The state of Nevada took a giant leap in trusting Google to test drive a driverless car on its roads. The authorities had issued a license for this activity, a first of its kind.

To place a caution or distinction for the driverless cars, especially if this technology progresses in the future, Nevada Department of Motor Vehicles Director, Bruce Breslow noted on unique elements on the license plates of these kinds of vehicles. He said, “I felt using the infinity symbol was the best way to represent the car of the future. The unique red plate will be easily recognized by the public and law enforcement, and will be used only for licensed autonomous test vehicles. When there comes a time that vehicle manufacturers market autonomous vehicles to the public, that infinity symbol will appear on a green license plate.”

Late last year, Kit Dotson of SiliconANGLE initially reported about the stealth Google project to create advanced sensor suites for a breakthrough in car technology. Just this February, he shed light on this undertaking and provided details on potential licensed self-driving cars to be running around Nevada. After a few successful test drives last week, this might come true sooner than expected. The Prius drove around the neighborhoods of Carson City and the infamous Las Vegas Strip.

Still in line with transportation and travel, Gogobot, one of the most loved travel recommendation apps is now venturing into using the AI technology to extrapolate data from user’s social networks. The app will gather all reviews from your Facebook and Twitter friends—and based from these, the program sails off to craft a travel plan for you and your family. This will keep you away from the hassle of planning for a vacation, and instead allows you to enjoy a break from the urban and professional clutter. To fuel this desire, just recently, Gogobot hired Osher Yadgar, a former SRI scientist involved in the creation of SIRI, the voice and AI-powered virtual assistant.

Yadgar briefly explained how they are going to improve the present features of the app: “What we are trying to do is take into account the magnitude of this information and look at it in a personalized way, and reason about you and your preferences and your social network, and build a trusting mechanism for advice.”

Upon hearing the good news, George John, CEO of Rocket Fuel exclaimed: “We’re very excited to be recognized by the San Francisco Business Times for this award. Our team has worked hard over the last four years to bring sophisticated artificial intelligence to the advertising community and we’re pleased that more than 500 of the world’s leading brands propel their digital advertising with Rocket Fuel.”

Perhaps the most common perception of artificial intelligence comes with the bundle of androids and robots—human-like machines that mimic how the actual human brain works. TIME: Techland published an article last month covering a robotic undertaking that tackles not only the functions of human brain, but incorporating even the biological structures and systems onto machines, enabling these to constrain perception and action. The report noted of the big possibility that this robot may actually carry the same sets of skeletal and muscular system of a normal human being,

The idea of a self-driving car freaks me out. How can I entrust my life on “something” instead of “someone”? You may have the same or bizarre feelings and concerns. But, companies like Google seemed to be taking this technology seriously into the next level. With the ample amount of resources, that “next” level could be just boundless.