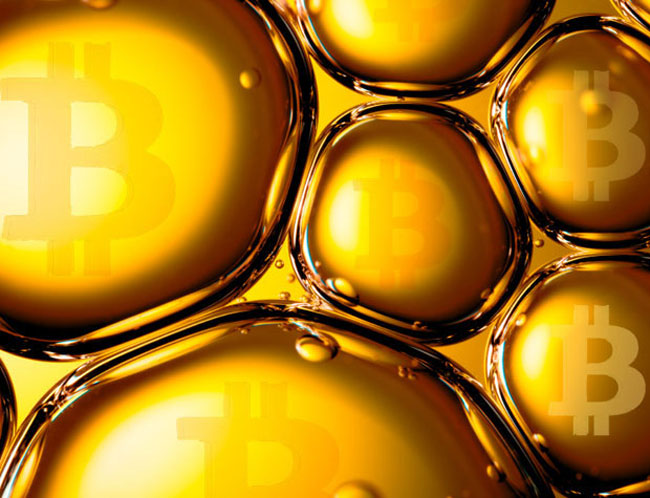 Is Bitcoin Heading Toward a Bubble? If so, When’s it Going to Burst?

The astonishing rise of Bitcoin’s value over the last few weeks has caught many by surprise, while even more have been left scratching their heads, asking what the hell everyone’s getting so excited about.

For those who don’t know, here’s a quick snapshot: Bitcoin is an electronic or ‘virtual’ currency – a new kind of money that doesn’t come in notes or coins because it only exists online. Instead, Bitcoins can be thought of as strings of numbers held in digital wallets by individuals or organizations that can be transferred electronically, either to make purchases or to trade for ‘real’ currencies. To date, Bitcoin has become quite popular for spending online, with a few retailers and now even some local governments being given the go-ahead to accept it as payment.  Slowly but surely, the currency is gaining acceptance, with some organizations that trade Bitcoin for standard currencies like the US dollar even gaining approval to operate like banks.

Bitcoin has gathered a steady following of enthusiasts over the last few years, with some seeing it as an investment and others just intrigued by the whole concept. It’s been making the headlines in the media with more regularity too, such as when a fork was generated following a disagreement between two different Bitcoin clients that caused two separate Blockchains (the functional way that Bitcoin transactions and wallet balances are recorded and kept in sync) to emerge, throwing the Bitcoin economy into a bit of a spin.

However, nothing could have prepared us for the last few weeks, when Bitcoin’s value crashed through the roof, with the price of one Bitcoin rising from $35 in early March to a high of $108 yesterday afternoon, according to Mt. Gox. This rise would be astonishing in itself, but what’s even more stunning is that no one actually seems to know what might be causing it.

For anyone who actually has Bitcoins in their virtual wallet, this is all fantastic news. But at the same time, the very second prices begin soaring we hear the word “bubble” rearing its ugly head. We saw this before with the dot.com boom in the late 1990s, and we’ve seen it more recently in world financial markets, when the US real estate market crashed so spectacularly. Is Bitcoin now experiencing its own bubble?

It looks that way on the face of it, but according to one analyst it’s not so much a bubble but more like a “perfect storm” of several factors that have converged to send Bitcoin spiraling out of control.

“The reaction from clients has been pretty uniform: it must be a bubble. Too far, too fast, too new… you get the idea. Moreover, it’s very hard to short Bitcoins, so there’s no real way to express that pessimistic point of view, which is saving a lot of people some real money, since Bitcoin has some solid momentum just now.”

Colas goes on to explain his “perfect storm” theory, saying that the driving forces behind Bitcoin’s rise include a new generation of tech-savvy investors who believe that open-source software is just as trustworthy as any bank, as well as a general belief that the banking system is effectively “broken.”  Add to this the continuing worries over Europe and the recent clarification of regulations surrounding Bitcoin in the US, giving it some kind of legitimacy at long last, and it’s not difficult to see why Bitcoins are so popular at the moment.

As for what will happen in the future weeks and months, that remains anyone’s guess. Colas wouldn’t comment on when Bitcoin’s current surge might end, but said that the currency would probably need to gain more mainstream acceptance from international businesses if it’s to continue riding this wave.

Meanwhile in today’s edition of NewsDesk, SiliconANGLE’s Founding Editor Mark “Rizzn” Hopkins relayed his own thoughts on where Bitcoin is at. Having previously suggested that Bitcoin’s value will ultimately dip back down to somewhere near the $60 mark, Hopkins once again reinforced that view. However, he did concede that Bitcoin is currently experiencing a bubble, albeit a very minor one in comparison to the dot.com burst or the housing collapse.

“Bitcoin is overvalued by as much as 50%, but because of its deflationary nature it just means that it’s ahead of the curve right now,” explains Hopkins.

Moreover, Hopkins claims that if and when the Bitcoin bubble does burst, it’s effects won’t be nearly as destabilizing as crashes see in other industries in recent years:

“The only folks who would be hurt by this are those who have bet big on Bitcoin, and moved the majority of their assets into the currency.”