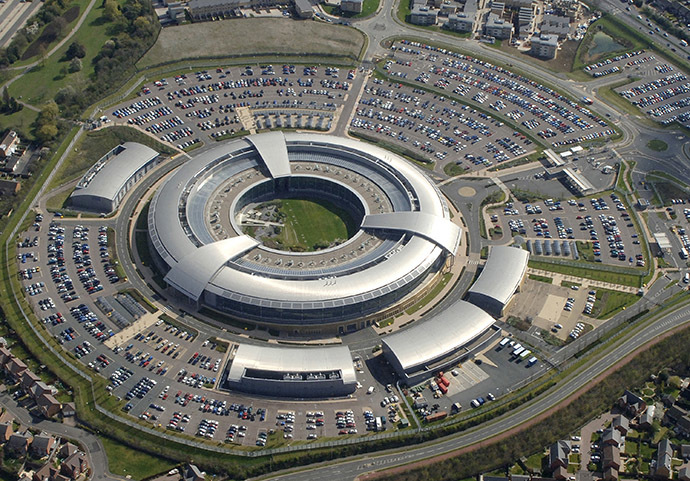 Project Tempora: How the British GCHQ Helps the NSA Spy on US Citizens

Amidst all the media excitement over Ed Snowden’s dramatic flight from Hong Kong to Moscow, one story that slipped under the radar at the end of last week relates how the UK’s version of the NSA, the GCHQ, has been secretly tapping into the fiber optic systems running into and out of the British Isles.

Project Tempora was exposed by The Guardian as part of the Ed Snowden leaks, and is immediately worrying due to its size and the fact that Britain is a major hub for the world’s internet traffic. US readers might think that there’s nothing to worry – after all this is the UK government right? But, according to some sources, the NSA could well be tapping into the data collected by the UK, free from any restrictions it faces under US law.

The report in The Guardian relates how Project Tempora is currently about half-way complete, meaning that not all traffic to the UK is being monitored at the moment. Documents provided by Snowden claim that there are two aspects to Tempora – “Mastering the Internet,” and “Global Telecoms Exploitation,” with the ultimate aim being to allow GCHQ and its allies to monitor up to 90% of all web traffic and telecommunications that pass through the UK.

“As of last year, the agency had gone half way, attaching probes to 200 fibre-optic cables each with a capacity of 10 gigabits per second. In theory, that gave GCHQ access to a flow of 21.6 petabytes in a day, equivalent to 192 times the British Library’s entire book collection.”

According to The Guardian, GCHQ retains the full content of all transmissions – including emails, phone calls, SMS messages etc., – for three days, with the metadata being kept for 30 days. Even worse, a staggering 850,000 people are said to have the security clearance required to access that data. Given that the NSA has already admitted that it shares data from PRISM with the UK, we can presume that GCHQ returns the favor with anything it picks up.

The Atlantic Wire reports that are more than 400 fiber optic “waystations” scattered across the UK that route incoming traffic from abroad through the country, and cites one in particular as being a big cause of concern for Americans. Bude, located in south-west England on the Atlantic coast, is said to be the main hub for trans-Atlantic web traffic, which means that it scoops up vast amounts of data incoming from the US.

“As the probes began to generate data, GCHQ set up a three-year trial at the GCHQ station in Bude, Cornwall. By the summer of 2011, GCHQ had probes attached to more than 200 internet links, each carrying data at 10 gigabits a second. “This is a massive amount of data!” as one internal slideshow put it. That summer, it brought NSA analysts into the Bude trials.”

So what were the NSA doing in Bude? Well, what else could they be doing but gathering data on US citizens? As we have constantly been reassured, the NSA is only allowed to spy on US citizens if it obtains a warrant from the FISA court first, but according to Alex Abdo, staff attorney at the ACLU’s National Security Project, these restrictions almost certainly don’t apply to data collected in foreign countries.

“I don’t know the answer, but I suspect there are few limitations to doing so,” said Abdo to the Atlantic Wire.

All the while the NSA has been stressing how US citizen’s privacy is safeguarded under FISA, it’s been operating with no restrictions whatsoever when it comes to data obtained by the GCHQ. And as The Guardian reports, checks on the UK’s intelligence agency are even less transparent than those in the US:

“In confidential briefings, one of [GCHQ]’s senior legal advisers, whom the Guardian will not name, made a note to tell his guests: “We have a light oversight regime compared with the US.”

Antonio Neri and Pat Gelsinger banter on compute trends, share use cases for post-isolation economy
Avoiding the 'data landfill' for streamlined digital transformation
Embracing agility across the business to face disruptions beyond COVID-19
Io-Tahoe and Snowflake team up to provide insights for the growing field of data discovery during April 29 event
Companies caught in the chaos of rapid digital transformation look to chief data officers for clarity