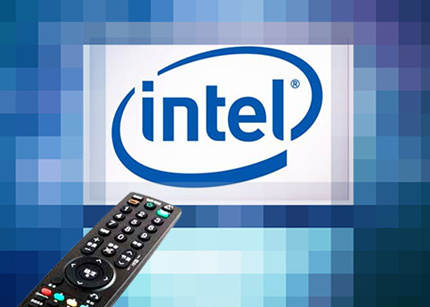 It seems like just about anyone who’s anyone in the tech world is desperate to get in on the TV act these days, but few companies efforts seem quite as intriguing as Intel’s, which unveiled plans for a connected set-top box earlier this year.

The chip maker’s ambitions to assault the TV business were the subject of a report by the Wall Street Journal today, and well, it certainly sounds ambitious:

“Intel’s plans include a server farm to record every piece of programming aired—local, national and international—and store it for at least three days in the “cloud.” With an Intel-designed set-top box, people won’t have to own DVRs or even plan to record programs.”

Basically, Intel is attempting nothing less than to build an entirely new business from scratch, one that has the potential to blow away traditional pay-TV companies by delivering a better interface, better service and more content than anything that the likes of DirecTV, Comcast and Time Warner Cable can offer.

It’s a lofty goal but Intel is better placed than most companies to achieve it. For one thing, the company will be able to exploit its own technologies including its latest new chips for its servers and set-top boxes, configuring these to switch channels and browse through content faster than any other living room hardware can compete with. In addition to this, it’s also going to have the added bonus of not invading user’s privacy. The WSJ noted that the company has decided against incorporating facial recognition technology into its device, citing privacy concerns and problems with the tech in low lighting.

A cloud-based DVR that’s effectively always on, never missing a single trick sounds like a pretty tempting offer for the most ardent of telly addicts, but Intel is entering what’s fast becoming a very crowded space. From Apple to Google to Roku to Microsoft, there’s no end to the number of tech firms that are desperate to crack the market place. The WSJ adds that Apple is reportedly toying with various features to differentiate its own TV products (whether that turns out to be a full-fledged TV or not), such as voice interaction and integrated DVR storage, while Microsoft is said to be thinking of building its own DVR style device in addition to the TV-centric Xbox One.

But for all these rival efforts, it looks as though Intel’s efforts are the most novel for its attempting to do the one thing that no one else has really thought of – leveraging the internet to build a superb TV viewing experience first, before adding on the additional bells and whistles at a later date.