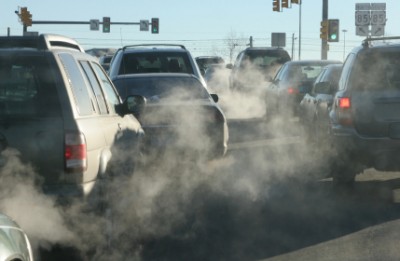 Vietnam’s Cities Use Big Data To Ward Off Traffic & Pollution

If you want to see how ‘Smart Cities’ are evolving and taking shape, look no further than the Vietnamese city of Da Nang, which has just signed an agreement with IBM to intelligently manage its water and transportation infrastructure.

Da Nang is one of the few places in the world that’s managed to buck the depressing economic trend of the last few years. As Vietnam’s biggest seaport and fourth largest city in terms of population, Da Nang is also its fastest growing metropolitan sprawl, visibly echoing the rampant growth that took place in many of neighboring China’s cities over the last decade.

But unlike its Chinese friends, local officials are determined to ensure that in Da Nang at least, this rising wealth won’t come at a cost to the local environment. That’s where IBM comes in, using its cutting edge Intelligent Operations Centre technology to ensure the city can avoid the fate of its Chinese cousins that are slowly suffocating on car fumes and battling with various other types of pollution.

IBM’s assistance comes in two key areas. Firstly there’s the software and sensors that’s going to be embedded into Da Nang’s buses, roads and highways, which will allow city planners to synchronize traffic lights and minimize car congestion, whilst getting the most out of its limited public transportation system. Despite having a population of just over one million, there are barely 100 buses ready to whisk residents around the city’s streets. Even so, officials believe that this is enough – if they can manage the buses more efficiently.

To do so, IBM is helping to outfit Da Nang’s traffic control center with the tools it needs to predict and prevent congestion on the city’s roads, and to better coordinate responses to situations caused by adverse weather or road accidents. IBM’s technology allows for data to be aggregated from multiple streams, which city planners can analyze to detect anomalies and control Da Nang’s flow of traffic. The system will also give the Department of Transport access to real-time information for its 100-strong fleet of buses, allowing them to view details such as the location of each bus, their current speeds and predicted journey times. This data can then be shared with passengers, either through video screens at bus stations or via mobile apps, thereby encouraging more people to use the buses and reduce the number of cars on the road.

Da Nang doesn’t have a traffic problem. Officials hope Big Data can keep it that way

What’s interesting is that today, Da Nang’s traffic problems are nowhere near as bad as they are in most western cities. Traffic congestion is rarely a problem for commuters – but what officials are doing is showing foresight. They understand the city is growing rapidly, and they’re hoping to avoid the need to build the complex rapid transit systems we have in the west, just as many African nations have avoiding building traditional telecommunications infrastructure and instead focused on mobile networks.

IBM’s second responsibility is to modernize Da Nang’s water system to keep up with rising demand. The Da Nang Water Company (DAWCO) plans to use IBM Smarter Cities tech to provide real-time analysis and monitoring of the city’s water supply to help it better manage and detect leaks, and to forecast future demand.

Previously, the company had to collect water samples manually, but by installing sensors throughout each stage of its water treatment process, DAWACO can analyze the water automatically. Managers will be able to keep track of the water’s turbidity, salinity, pH, chlorine and conductivity levels in real-time, receiving alerts and notifications whenever these readings indicate that water quality has changed abruptly.