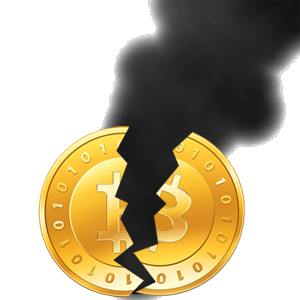 GHash.IO mining pool getting too big, Bitcoin community calls for diversification before it reaches 51%

It looks like the GHash.IO mining pool is getting too big for its britches for the Bitcoin community—and by that it means that the pool-based Bitcoin mining concern is rapidly approaching the dreaded 51% rate. Bitcoin mining is an important part of keeping the cryptocurrency safe by verifying transactions; it’s also how Bitcoin miners add new coins to the network and reap rewards. This makes mining a very lucrative interest.

For background, mining Bitcoin—by building the distributed leger that underpins the cryptocurrency called the Blockchain—takes a lot of computing power and this power can be measured as a hashrate. All the miners together represent 100% of the hashrate; but if any one miner (or group) managed to control more than 50% of the hashrate they would be capable of doing terrible things to the security of Bitcoin.

The potential 51% attack has been a mild fear to the community for a while—but it’s highly unlikely to happen as the culture of Bitcoin miners pushes them towards diversification.

Solo mining is possible but can be unreliable for income because of competition for finding blocks in the Blockchain, however, a solo miner will get the full reward. Mining pools centralize effort by allowing multiple miners to work together to discover blocks, which leads to the Bitcoin rewards more readily, but splits that reward up amongst the miners. The problem is that a large-enough mining pool could give a significant percentage of hashrate to one entity.

Response from the Bitcoin community

So when GHash.IO—a Bitcoin mining-pool operation owned by CEX.IO—suddenly inflated from 32% hashing power to 42% in 24 hours it caught the community’s attention. Shortly after people noticed, the BitcoinTalk forums and /r/Bitcoin subreddit exploded into action.

Even now topics speaking to the problem dominate the subreddit: “WARNING: GHASH.IO IS NEARING 51% – LEAVE THE POOL”, “Congratulations r/Bitcoin! You have created a decentralised discussion! (P.S. Ghash.io is EVIL)”, “LEAVE GHASH.IO”, “FOR THE LOVE OF GOD CHANGE THE FUCKING POOL IF YOURE ON GHASH.IO”, and “GHash.IO At 42% Of Mined Blocks Over Past 24 Hours.”.

The result has been a number of miners immediately promising to move their mining concerns (and equipment) away from GHash.IO to much smaller pools. The result, a greater diversification of the mining pool power across the network.

CEX.IO also quickly weighed in with a press release about GHash.IO (available as PDF) and due-diligence and responsibility to keeping Bitcoin from toppling over.

“Although the increase of hash-power in the pool is considered to be a good thing, reaching 51% of all hashing power is serious threat to the bitcoin community,” the press release states, citing the health of the Bitcoin Blockchain as tantamount. “GHash.IO will take all necessary precautions to prevent reaching 51% of all hashing power, in order to maintain stability of the bitcoin network.”

GHash.IO cites a 0% pool fee, merged mining of alt coins, and excellent customer support as for why its pool has grown so significantly.

The press release included a series of solutions that GHash.IO will implement in order to slow down growth or pull it back somewhat including temporarily cessation of adding new miners to the pool and implementing a feature on CEX.IO (the cloud-mining concern portion of GHash.IO) permitting miners to mine BTC with other pools (allowing the pool’s miners to self-distribute.)

“GHash.IO does not have any intentions to execute a 51% attack, as it will do serious damage to the Bitcoin community, of which we are part of. On the contrary, our plans are to expand the bitcoin community as well as utilise the hashing power to develop a greater bitcoin economic structure. If something happened to Bitcoin as a whole it could risk our investments in  physical hardware, damage those who love Bitcoin and we see no benefit from having 51% stake in mining.”