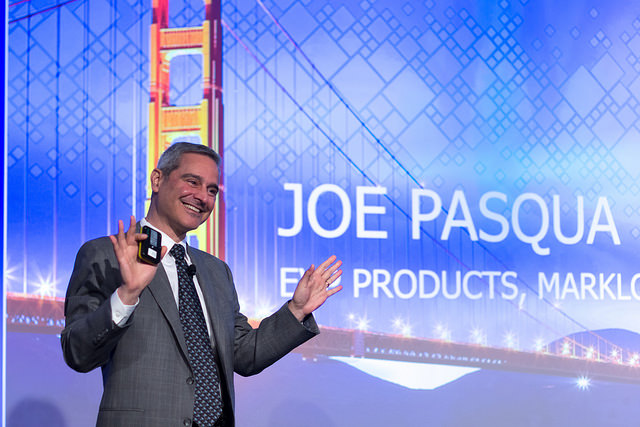 Although not officially disclosed, the round is said to be on a valuation “of more than $1 billion,” giving MarkLogic Unicorn status for the first time.

Founded in 2001, MarkLogic claims to provide the only enterprise NoSQL database that is built with a flexible data model to store, manage and search data without sacrificing any of the data resiliency and consistency features of last-generation relational databases.

The company is said to have annual revenue past the $100 million mark, with bookings growth up 50 percent in 2014, while its customer base is said to have grown by close to 20 percent. Fifty percent of its new business comes from companies migrating from Oracle databases.

Mark Logic explains its appeal over Oracle as follows:

Traditional database management systems were not designed to manage the dynamic nature of new data nor integrate and access heterogeneous data that has become the norm in almost every global organization. In recent years, many open source NoSQL technologies have attempted to resolve the data integration issue and while developers liked the flexibility of these solutions, they ignored the needs of the enterprise. The lack of essential enterprise features like data reliability, transactional consistency, security and availability have kept open source technologies from being a viable alternative to traditional relational databases for mission-critical applications.

Database market competitors include Cloudera, Inc., MongoDB Inc., MapR Technologies, Inc., and DataStax, Inc, although as we argued in a Wikibon report back in 2013, MarkLogic is ahead of the game in respect to enterprise-level NoSQL service provision.

Including the new round, MarkLogic has raised $175.6 million to-date.

The company said the new money would be used to expand its offering in Europe and Asia, invested in MarkLogic partners, and into research and development.