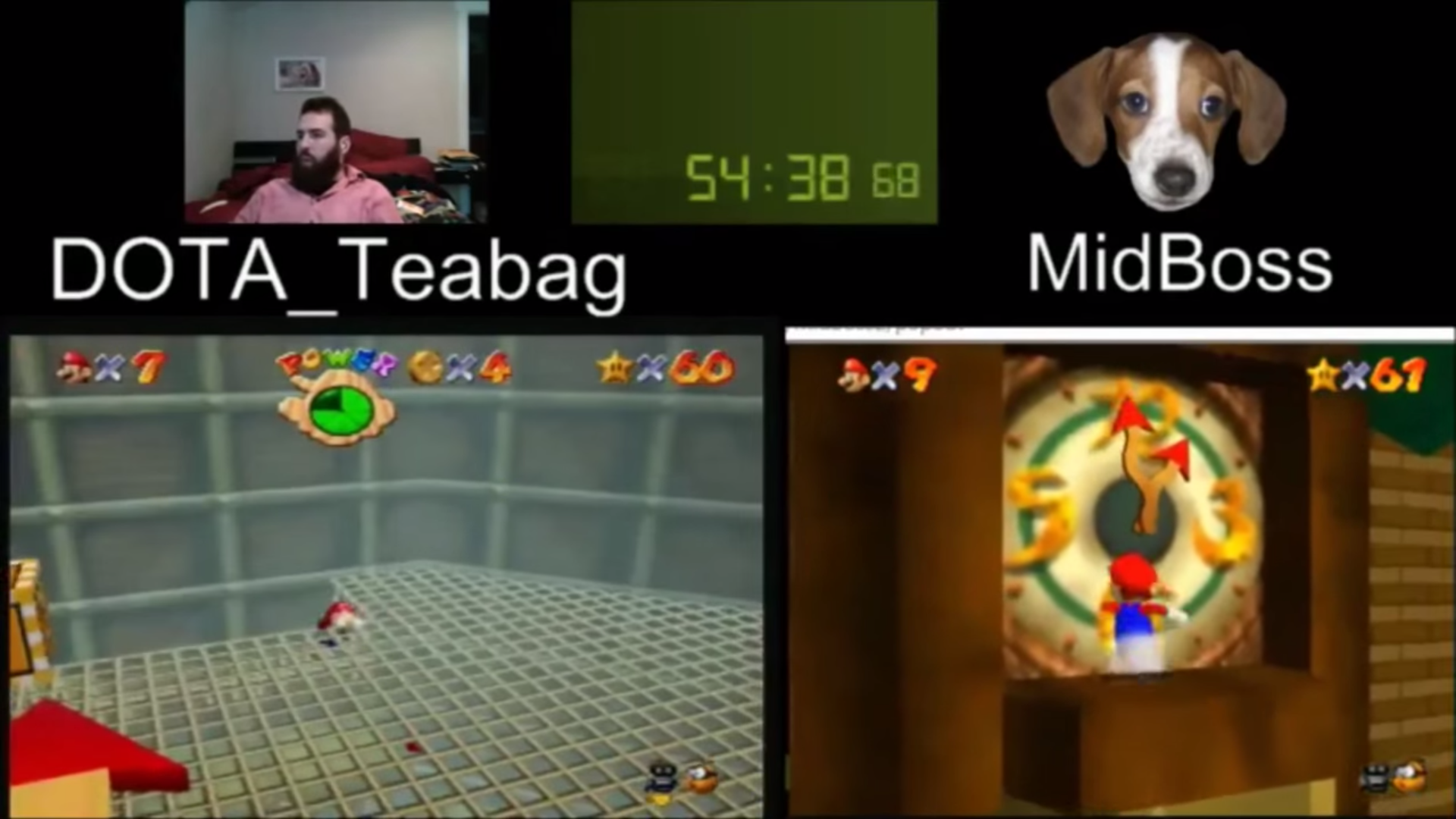 Game developers spend years creating expansive worlds with compelling gameplay and epic stories, putting in hundreds of thousands of manhours to ensure that gamers get a fun, meaningful experience. Speedrunners are the people who skip all of that crap and and jump past months of a developer’s work in the span of a 3-second exploit.

Glitches and exploits are primary tools that speedrunners use to shave minutes or even hours off of a game’s playtime, jumping past significant portions of content through methods like sequence breaking, warps, wall clips, and so on. Speedrunners hunt down glitches relentlessly in a manner that would make them employee of the month if they worked in QA, and now a speedrunner called Pannenkoek2012 is offering up a $1000 bounty for any player who can replicate a certain glitch that occurred during a livestream of a Super Mario 64 game.

In the stream, Twitch user DOTA_Teabag ran into a strange warp in the Tick Tock Clock level that suddenly caused Mario to shoot up past a significant portion of the level, something Pannenkoek says could be an entirely new type of glitch that could unlock new ways to speedrun the nearly 20-year-old game.

“Warping straight up or straight down isn’t all too uncommon in Super Mario 64,” Pannenkoek explained in a YouTube video. “You’ve probably downwarped yourself at some point or another. It can happen while collecting a star, getting squashed, getting stuck in the ground… Downwarps can happen many different ways.”

“Upwarps on the other hand aren’t nearly as frequent,” he continued. “In fact, there is currently only one known way to do it, which involves a ceiling that you can hang from. … Now, the reason I’m interesting in this Tick Tock Clock upwarp is because it appears to be an entirely separate upwarp glitch, a glitch that’s currently unknown and unexplored.”

Pannenkoek offered a 3-step plan to take advantage of the glitch, assuming that it was not a one-time bug caused by corrupted hardware or something else that cannot be reproduced. First, the glitch must be reproduced while the game inputs are being recorded by a program called Mupen64, which allows the actions that led to the glitch to be reviewed. This leads to the second step in Pannenkoek’s plan, which is to analyze the game data to determine what exactly is happening under the hood to cause the glitch.

Pannenkoek said, “Finally, we exploit the glitch. If we know how to do it, then maybe we can re-do it in other courses and scenarios.”

If you want to try to claim the $1000 bounty, simply link your Mupen64 file of the glitch to Pannenkoek through a YouTube comment or a private message. You can watch his full rundown of the glitch and his bounty offer in the video below.