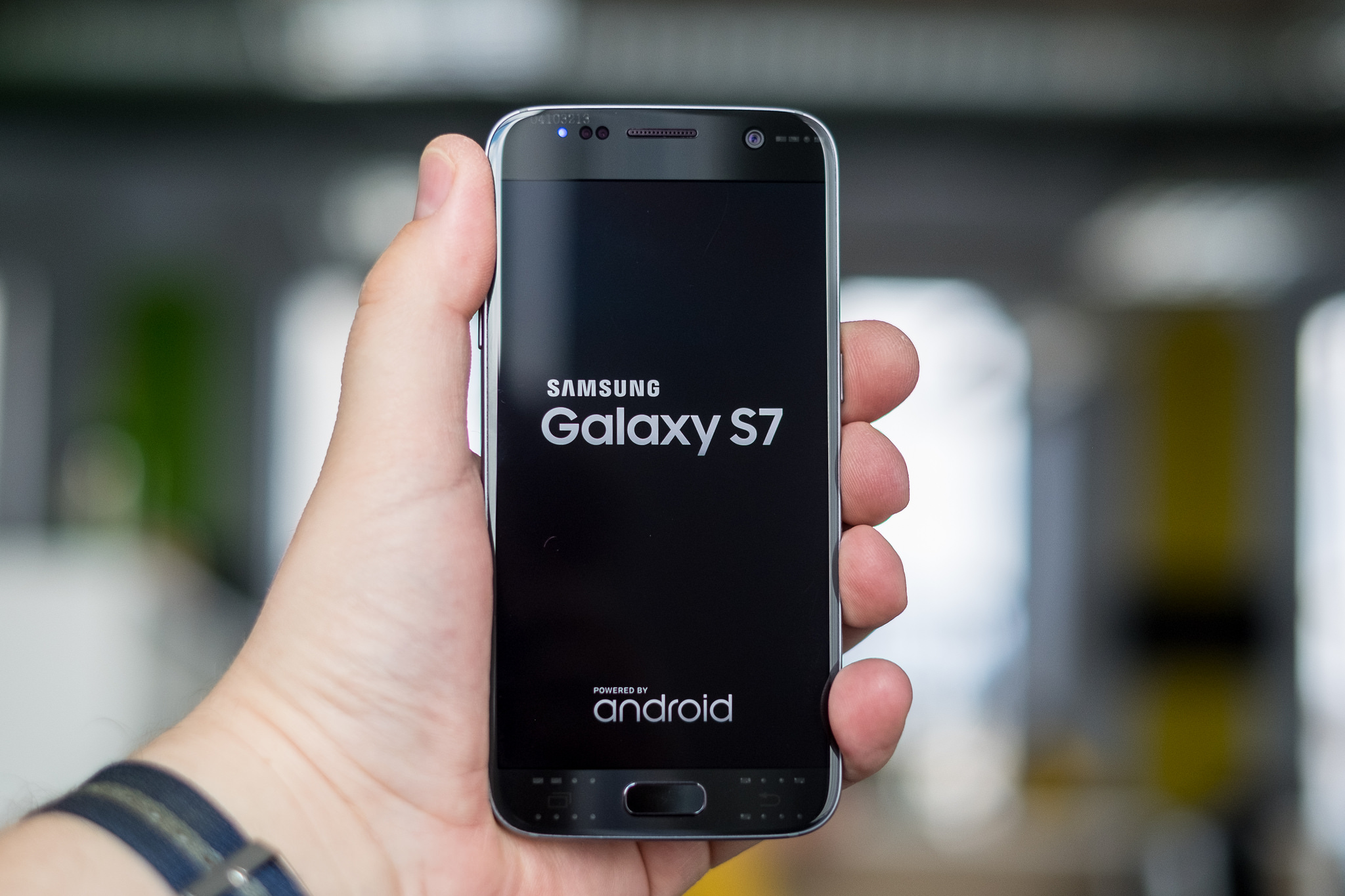 Samsung Galaxy S7 review: This is the Android phone you’ve been waiting for

The Samsung Galaxy S7 was revealed to the world back in February, and subsequently went on sale March 11 in the United States and globally in the weeks that followed.

SiliconANGLE’s Duncan Riley recently purchased one and reviews it as follows.

When the Samsung Galaxy S7 appeared in my local Samsung store last week I immediately wanted one.

Visually the screen on the phone is stunning, the demonstration video in the store literally grabbing the attention of those walking past it with the richness of Samsung’s 2560×1440 5.1″ (577ppi) AMOLED shining through, and there’s a seriously noticeable difference compared to the latest iPhones in terms of color depth.

Samsung’s phone form factors have never been to everyone’s liking, but visually I like the new handset’s slightly more rounded edges compared to the S6, although the basic form factor remains.

My particular model, the G930FD, includes support for dual SIM cards in the same slot (in place of the microSD card when you want to take advantage of it); while dual SIMs are promoted as a popular feature in developing countries, it’s also very handy if you travel a lot because you can keep your home SIM in the phone to receive calls and messages, but buy a local to make calls and obtain internet access without excessive global roaming costs.

In terms of speed, the Galaxy S7’s Octa-Core Exynos 8890 SoC processor shines; this is literally the fastest phone I have ever had the opportunity to own, and interestingly it’s not all in my head either: testing has shown that the Exynos version is also faster than the Snapdragon 820 powered S7 version sold in the United States.

The biggest practical change with the Galaxy S7 from its predecessor has been with the camera, which has dropped from 16 megapixels down to 12 megapixels, but at the same time now offers “dual pixel” using Samsung’s Britecell technology.

On launch, it was described by Samsung to have a wider aperture, faster shutter speed, and more accurate focus in low light conditions, and everything I’ve pointed it at so far would confirm that this is true.

The main difference is with low light pictures, with colors clearly being richer, presumably due to the camera itself being able to absorb more light through the “dual pixel” setup. There’s a noticeable difference with action shots as well, and the camera itself is super quick to launch.

Another feature improved with the new Galaxy S7 fingerprint processing time; while I never owned an S6 I did play with one briefly and the fingerprint reading process was slow, whereas with the S7 it’s super quick.

Software on the Galaxy S7 seems to be the biggest gripe among those who have reviewed the phone on various tech sites with the likes of Walt Mossberg writing:

Samsung’s best efforts at hardware are let down by software … Premium devices shouldn’t be vehicles for carrier come-ons … My iPhones running on Verizon have never had any of this carrier bloatware.

First, I purchased my Galaxy S7 directly from Samsung so there were no carrier add-ons, but naturally the phone ships with Samsung’s now default TouchWiz implementation over the top of Android Marshmallow 6.0.

I may have a slight bias here because, despite a short flirtation with HTC phones in the earlier days of Android, I’ve always used Samsung phones, so I’m used to the interface and it doesn’t worry me. And while there were some Samsung apps installed on the device I will never use, they’re hardly a serious burden.

Marshmallow naturally has some significant changes, some of which I’m still exploring, but the new interface seems far more intuitive than previous versions.

All of that said, there are two negatives about the phone: the first is that the screen shows up fingerprints like there is no tomorrow; it’s not a great look, but it’s not the end of the world.

The second: the stock standard (and fairly expensive) Samsung case for the Galaxy S7 means the phone doesn’t fit in the Samsung Gear VR virtual reality headset, which means every time I want to use it I have to take the cover off; the counter argument is to not use the case, but I’m the sort of person who has a tendency to break phones (I went through three Galaxy S3’s for example) so the case provides a little bit of protection.

Those minor faults, though, are nothing compared to the overall greatness of this phone.

The Samsung Galaxy S7 has been called the leader of the Android pack and it’s a fair call: if you can afford it, this is the Android phone you have been waiting for.