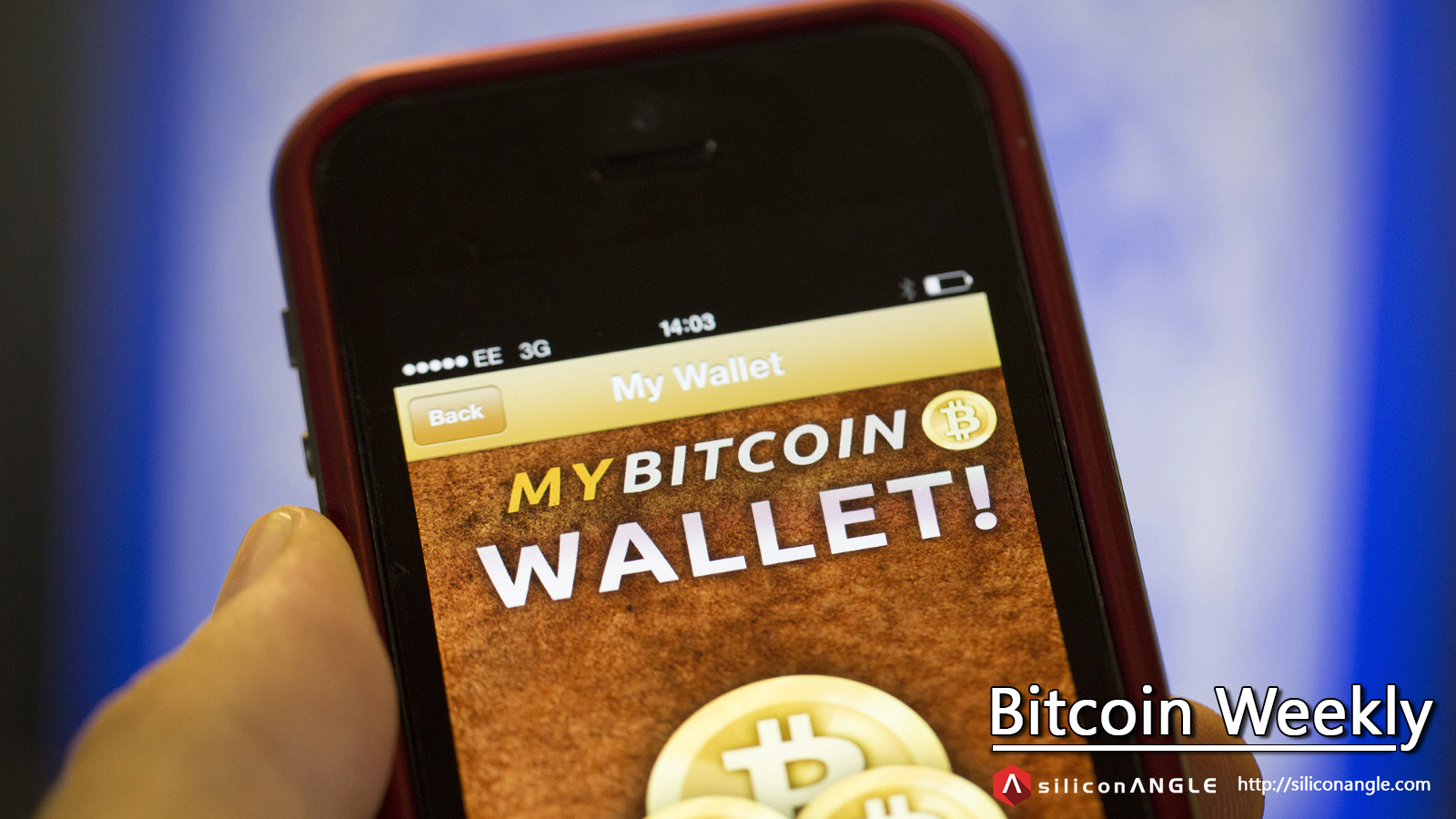 It’s the week of wallets in the Bitcoin ecosystem with KeepKey and BitPay’s Copay both making announcements. The hardware wallet KeepKey just announced a firmware change that allows wallet users to make trades on the ShapeShift cryptocurrency exchange platform (currently for Bitcoin, Litecoin and Dogecoin). BitPay’s Copay wallet app also announced a change that will enable users to purchase Amazon.com gift cards with bitcoin in app.

On the gaming circuit, blockchain-based platforms are beginning to show how virtual items can be secured as crypto-assets. A limited edition, rare card in the trading card game (TCG) Spells of Genesis developed by EverdreamSoft just traded for approximately $3,700 USD. And, with the intent of producing a platform for TCGs, EverdreamSoft and IndieSquare have teamed up to jointly develop a blockchain-based platform for issuing virtual property (in this case, virtual tradable cards).

As for the current Bitcoin market, currently BTC is trading at $577.35 USD (BitcoinAverage.com). This comes as a little bit of a dip from last week’s high of $597. Monday this week, Bitcoin market value reached a low of $654 but has since been on the rise again back to the price it holds currently. Much of the current price volatility (and lower market value) can be attributed to the Bitfinex hack that occurred at the beginning of this month (see below for updates on that).

Bitcoin exchange Bitfinex (BTXNA, Inc.) has released an interim update on the investigation into a recent hack and theft of bitcoins from its platform—the report is supplemental and outlines current procedure but is still light on details.

“Ledger Labs Inc., a top blockchain forensics and technology firm, is undertaking an analysis of our systems to determine exactly how the security breach occurred and to make our system’s design better going forward,” Bitfinex wrote in its report today. “We engaged Ledger Labs in the hours immediately after the attack happened. The investigation is ongoing. We are also in the process of engaging Ledger Labs to perform an audit of our complete balance sheet for both cryptocurrency and fiat assets and liabilities.”

So far, Ledger Labs has not discovered the vector of the attack that caused the theft; however, the report outlines that the consultants have managed to give Bitfinex recommendations as to how the platform could be better secured.

The hack occurred August 2, 2016 and led to the loss of approximately 119,756 BTC (approximately $6.9 million USD); the exchange went offline temporarily immediately afterwards, suspending trades and withdrawals as part of the recovery.

Bitfiniex began coming back online August 10 with an announcement that clients of the exchange would be shouldering part of the burden of the theft. This effect, called a “haircut” would see client stashes of bitcoins on the site cut by 36 percent. The funds reduced have been exchanged for BFX, a special Bitfinex token that the company says that it will slowly buy back.

The Bitfinex report also includes some commentary on the distribution of BFX and the “haircut.” The company notes that two of the top 10 BFX-holders are members of the Bitfinex management team. The company used some virtual ink to respond to criticism that the company is still working to repay customers (and to do so will buy back BFX tokens).

Also, the report comments that certain qualifying BFX-holders will be converted to shareholders in the company.

The crypto cat is out of the bag, according to The Merkle, Bitcoin hardware wallet KeepKey just became the first of its kind to integrate cryptocurrency trading website ShapeShift. As a result, KeepKey users can exchange Bitcoin, Litecoin, Dogecoin and soon numerous other coins/currencies easily and swiftly with their hardware wallet.

“Today I am proud to announce our partnership with ShapeShift,” the company wrote in its blog. “The KeepKey hardware wallet has become ShapeShift ‘aware’. You are now able to simply exchange between crypto currencies stored on KeepKey, without ever putting your private keys (or your funds they secure) at risk. You can do this all through our KeepKey Chrome extension.”

ShapeShift AG is a unique cryptocurrency exchange website that does not require users to register to make a trade. It works as a frictionless system for users to quickly exchange between different crypto coins. Created in 2014 by CEO and entrepreneur Erik Voorhees the service has since launched a browser plugin, mobile app—and it has even survived a hacking and theft.

KeepKey, LLC is one of the few high-quality Bitcoin hardware wallets on the market. As a hardware wallet it competes with SatoshiLab’s Trezor, New York-based Case and the Ledger wallet amid others.

The ShapeShift trade capability is disabled by default for new wallets using new firmware feature included in all wallets called Policies. In order to start using ShapeShift using the KeepKey wallet, users must first enable that policy. Once activated, the KeepKey wallet’s firmware will go through extra verification steps to confirm requests originate from ShapeShift and that the exchange and refund addresses match the wallet.

Beta testing of this product begins next week. Interested users should contact KeepKey in order to be included.

A new feature of the BitPay, Inc. Copay Bitcoin wallet as of version 2.5.0 allows users to purchase Amazon.com, Inc. gift cards within the Copay app.

“You can purchase Amazon.com Gift Card value in penny increments between $1.00 and $500.00,” BitPay announced on its website’s blog. “Amazon.com Gift Cards never expire and can be redeemed towards millions of items at www.amazon.com, www.myhabit.com, and certain of its affiliated websites.”

To make this work, BitPay has partnered with Amazon as an authorized reseller of Amazon gift cards and acts as the merchant intermediary when BitPay clients purchase cards.

The gift cards exist as codes stored in the Copay app. It is important to note, however, that gift card codes are not backed up with bitcoin wallet backups. As a result, the company suggests that Copay users write down or screenshot card number codes if they will not be used immediately to prevent potential loss.

The current Copay app is available in the iOS App Store, Google Play store, Windows Store, as a Chrome app, for Mac OSX, Windows and Linux.

Spells of Genesis SatoshiCard sold for $3,700 before the game is even launched

Spells of Genesis is a tradable card game (TCG) developed and published by EverdreamSoft SA that represents an interesting experiment in the use of blockchain-based technology to secure virtual property. Every card in the SoG game space is represented by a crypto-asset that can be traded between players.

According to The Merkle, one of these cards—known as the SatoshiCard, a much sought-after trading card in the SoG game that is limited edition—traded recently for 1,280 XCP (CounterParty cryptocurrency coin), which would be valued at an estimated 6.65 butcoins or $3,700 USD.

Spells of Genesis cards are intangible, virtual property that exist only as blockchain-based cryptoassets—but as they are secured in this way they cannot be forged or counterfeit and trades become permanent. This means that SoG may become one of the first tradable card games where virtual cards can be traded with the same permanence as physical cards.

As the game moves towards full launch, uncommon, rare and limited-edition cards will likely rise in value as more players enter the platform. While players are able to create new cards (through a system of transformation in the game that uses groups of cards to make less common cards) a certain rarity will still be enforced for particular cards making them limited resources.

For further details on the game see SiliconANGLE’s coverage of the Spells of Genesis beta launch earlier this year.

Force of Will: Another blockchain-based TCG launches in September

Although not even launched yet Spells of Genesis will soon not be the only blockchain-secured tradable card game (TCG) on the market. SoG developer EverdreamSoft SA is collaborating with IndieSquare, provider of the world’s first and only mobile CounterParty wallet IndieSquare Wallet and developer API, to jointly develop a blockchain-based TCG platform in September this year.

This jointly developed platform will be used for the Force of Will Battle Simulator app, an online version of popular Japanese card game Force of Will (Force of Will Co., Ltd.). The game developer sells cards in over 30 companies and boasts a ranking of 4th in sales volume in the North America for hobby collectable games.

Another takeaway of the platform being jointly developed by EverdreamSoft and IndieSquare is that the platform and API will allow interoperability between games that use the platform to permit tradability of virtual assets (in this case tradable virtual cards).

The two companies hope that this joint venture will lead to developers looking at blockchain-based technology as part of any application that issues or uses virtual property (which is true of most multiplayer mobile games).

About the new platform, IndieSquare said: “By combining IndieSquare’s Counterparty API services with EverdreamSoft’s easy to use dashboard for game management and asset registration, we hope this collaboration will enable a new wave of developers to utilize blockchain game items planting the seed for a generation of games and applications with interoperable assets and items.”

It’s a brave new blockchain future for Spells of Genesis and Force of Will with EverdreamSoft and IndieSquare’s platform.