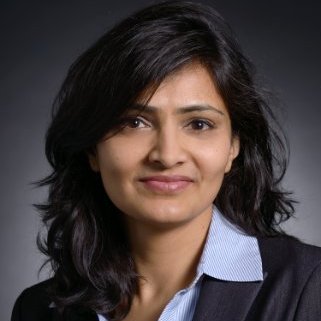 While software has defined today’s IT landscape, it remains an innovation challenge for the networking industry.

Why? The physical characteristics of networking infrastructure make it difficult to operate and secure using one of the cloud’s primary drivers for innovation, open source software. That’s according to Ignition Partner’s newest Principal Preeti Rathi, whose tenure in product management at Cisco provides her a unique perspective on one of the most necessary and demanding aspects of enterprise tech. Yet new investments continue to fuel the software-defined networking hype cycle, with a $48 million investment in Big Switch at the start of the year and noteworthy acquisitions from VMware and Juniper Networks to boost their respective SDN efforts.

Rathi’s experience bridges over a decade of experience in networking with a passion for current cloud-optimization trends in machine learning and artificial intelligence. She joined Ignition from Opus Capital, where as a principal she invested in big data and artificial intelligence startups, including Turi (acquired by Apple) and Edunav. Prior to Opus Capital, Rathi worked on the venture and strategic investments team at Juniper Networks, where she invested in companies like Wickr (self-destructing messaging) and Vectra Networks (advanced threat detection).

Rathi shared her perspective on the impact of machine learning in networking, what it will take to pull SDN out of the hype phase, and her favorite projects to date:

Rathi: I am not convinced that AI or machine learning can solve the key challenges of open source SDN. Traditionally, open source has struggled to gain traction in networking for the simple reason that networks are interconnected and a failure in any part of the network can have end to end effects. This key insight allowed Cisco to dominate networking with an end to end solution and support that provided a stable platform for operations and innovation. Despite many attempts, a “Linux of networking” never quite took hold.

I think open source SDN systems today face a similar challenge in the enterprise. While a large market that doesn’t buy from traditional networking vendors has opened up with hyperscale web companies and this should, in theory, be a market for open source SDN vendors, the extreme technical capabilities within these companies and their reluctance to pay for such systems (v/s build or manage it internally) has made it a challenge to monetize open source within the web-scale companies.

What are the most interesting trends in machine learning you’re seeing in networking?

Rathi: To be honest, (core) networking hasn’t been at the forefront in taking advantage of machine learning technologies relative to many other sectors. The sub segment of networking where I see the potential for significant value creation with machine learning is its use for network based security. Endpoint security systems (such as Cylance and SentinelOne) have gained significant market momentum and visibility by the use of machine learning techniques, but this has been less widely reported in network based security systems. A company that I invested in during my stint at Juniper (Vectra Networks) is focused here.

What will pull SDN completely out of the hype phase?

Rathi: As with all technologies, a clearly defined use case with a well-articulated value proposition will eventually pull SDN out of the hype phase. As you know, SDN originated as a technology to enable researchers (at Stanford) experiment with new ways to control networks. Over several incarnations, SDN has finally achieved a clear use case in the enterprise data center with even Cisco embracing the promise of SDN v/s fighting it. The final step in going from hype to reality will be having a set of products that have sufficient capability, performance and manageability so they can be deployed at scale.

What are the prime opportunities for networking startups in today’s other hyped market, the Internet of Things?

Rathi: IoT is a complex market without a very precise definition. Companies like SigFox that are trying to build a proprietary low power network for things as well as companies like Telogis that are networking commercial fleets tend to be bundled under the IoT umbrella. While building entirely new networks is exciting and can be incredibly lucrative if it works, it tends to be a capital intensive endeavor and consequently is quite risky unless a killer application is found.

Broadly horizontal networks like Ethernet and Wi-Fi have tended to “absorb” new applications, making it harder for application specific networks to be successful. I think a broader definition of networking which includes connecting previously unconnected things (such as what Fleetmatics/Telogis did with commercial fleets) with a very clear use case and ROI is what I would be more excited about.

What are your favorite funding projects to date, and what are you interested in next?

Rathi: In the past, I have spent significant time looking at opportunities in security. I think security is an “evergreen” field and while one might argue that far too many startups have already been funded in the space, I think there is always room for an innovative startup to break through the noise with a product or solution that solves a major security vulnerability.

Recently, I have become quite interested in the machine learning and mobile enterprise markets. Mobility is going to transform the enterprise application landscape and offers startups abundant opportunity for innovation and disruption.

On the other hand, machine learning is not only transformative, but also is perhaps even more horizontally applicable and will change most if not all applications. But given the dearth of ML experts, at this time, I believe startups should focus on vertical markets for value creation. While the core algorithms and techniques of machine learning (while incredibly complex) have been commoditized by high quality open source systems, there remains ample opportunity to innovate in unique/proprietary data sets and applications in various verticals.