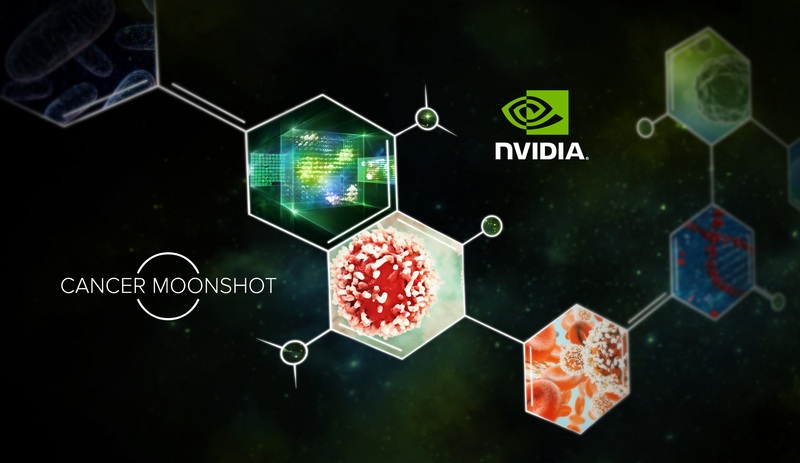 Computer graphics chip maker Nvidia Corp. is forming a new partnership with the National Cancer Institute and the U.S. Department of Energy to develop an artificial intelligence framework aimed at supercharging cancer research.

The new framework, announced Monday, is named the Cancer Distributed Learning Environment, or CANDLE. According to Nvidia, it will attempt to achieve the “Cancer Moonshot” goal announced by President Obama earlier this year, which challenges scientists to deliver a decade’s worth of cancer advancements in just five years.

Nvidia says that its engineers and computational scientists will work with cancer researchers to develop and improve the AI framework to support their work. CANDLE will focus on three key cancer research projects, starting with improving scientists’ understanding the genetic signatures in DNA and RNA that help predict how patients will respond to certain cancer treatments. CANDLE will also work on accelerating simulations of protein interactions play a role in the early formation of cancer cells. Finally, it will comb through millions of cancer patient files to “build a comprehensive cancer surveillance database of disease metastasis and recurrence.” The company noted that this process will be semi-supervised, likely to ensure patient confidentiality.

“GPU deep learning has given us a new tool to tackle grand challenges that have, up to now, been too complex for even the most powerful supercomputers,” said Jen-Hsun Huang, founder and chief executive officer of NVIDIA. “Together with the Department of Energy and the National Cancer Institute, we are creating an AI supercomputing platform for cancer research.”

Thanks to the recent boom in machine learning, several companies are turning to AI for medical research, and Nvidia is not the first to apply these tools to cancer research. For example, Microsoft Corp. announced earlier this year that it plans to “solve” cancer using AI, and it is already using machine learning and other AI tools for four separate cancer research projects.