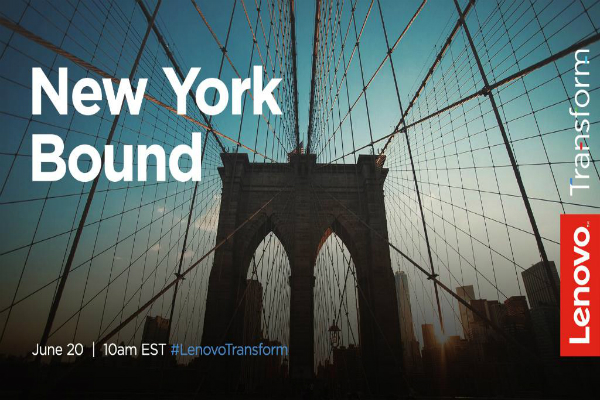 Can Lenovo Group Ltd. drive success in the enterprise market as it’s done in the consumer device market? Will its newly integrated x86 servers compete against Dell EMC and Hewlett Packard Enterprise Co.?

Looking to answer these questions and others, SiliconANGLE is at Lenovo Transform 2017, taking place in New York City, with exclusive commentary and interviews from our roving news desk, theCUBE. (* Disclosure below.)

The server market has had a difficult start to the year with both Gartner Inc. and International Data Corp. showing a decline in revenue and shipments. While the two analyst firms’ figures differ slightly, what the two companies do agree on is that one of the main forces impacting server revenues is the growth of public cloud services.

Lenovo’s datacenter market has seen strong growth in its home country China, but has had mixed results in the rest of the world. The global survey of datacenter server reliability, conducted by Information Technology Intelligence Consulting, saw Lenovo, IBM Corp. and Cisco Systems Inc. take top spots. Among all competing x86 platforms, Lenovo’s x86 servers, which the company acquired from IBM in 2014, achieved the highest reliability ratings.

The company announced in February that it would build and run a new enterprise cloud solution in China for SAP SE. The solution has been created for customers holding licenses for the SAP HANA platform. This year has also seen Lenovo launch a new server-based storage appliance. The DX8200D appliance leverages its server platform, storage virtualization software and storage area networking software from partner company DataCore Software Corp.

In October, Lenovo announced a partnership with Nimble Storage Inc. for a converged infrastructure solution called ThinkAgile CX Series. Lenovo faces strong competition in the converged systems market from the likes of Cisco, Dell EMC, HPE and others. In March, Lenovo announced ThinkAgile for Microsoft Corp’s Azure Stack, giving customers the convenience of public cloud with the control of on-premise offerings

TheCUBE will also explore the role that Intel Corp.’s new chipset will play in Lenovo’s ability to differentiate against competitors. Intel launched its Core i9 processors last month. The top-of-the-range processor is an 18-core model, capable of running up to 36 application threads at a time.

There are various ways to watch all of theCUBE interviews that will be taking place at Lenovo Transform, including SiliconANGLE TV and YouTube. You can also get all the coverage from the event on SiliconANGLE.

You can watch all of theCUBE’s exclusive interviews and commentary from Lenovo Transform on the dedicated SiliconANGLE TV page.

All of theCUBE interviews from Lenovo Transform will also be loaded onto SiliconANGLE’s dedicated YouTube channel.

SiliconANGLE also has podcasts available of archived interview sessions, available on both SoundCloud and iTunes, which you can enjoy while on the go.

Guests who will be interviewed on theCUBE

If you are unable to attend Lenovo Transform in New York City, there will be a livestream of the event on Lenovo’s official YouTube channel. The livestream starts today at 9:00 a.m. EDT.

(* Disclosure: Some segments on SiliconANGLE Media’s theCUBE are sponsored. Sponsors have no editorial control over content on theCUBE or SiliconANGLE.)