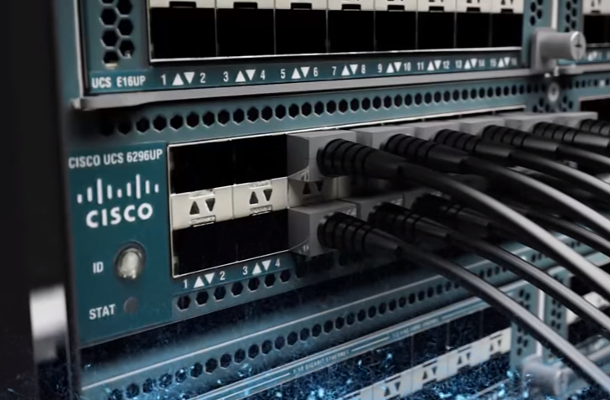 The networking giant plans to shell out $320 million to buy Springpath Inc., a firm that develops software for hyperconverged systems. It’s Cisco’s fifth acquisition of the year, and arguably the least surprising. Rumors about the deal have been making rounds since 2015, which is when the two companies first crossed paths.

The first milestone was Cisco’s decision to become the lead investor in a $34 million funding round that Springpath closed that year. A few quarters later, they introduced a jointly developed hyper-converged system dubbed Hyperflex. Springpath restructured its operations in the following months to focus exclusively on the partnership with Cisco.

The HyperFlex series has since become a core component of the networking giant’s hyperconverged infrastructure portfolio, racking up over 1,800 customers worldwide. Today’s acquisition will see Cisco absorb the team behind the software powering this key product line and gain full control of the technology assets.

The Springpath Data Platform, as it’s called, is touted as having been built specifically with hyperconverged infrastructure in mind. At the heart of a software is file system that can store information on storage drives embedded in low-cost commodity servers. Data is organized as a sequence of objects, an arrangement that Springpath claims can increase the longevity of the underlying hardware and improve performance.

Yet while the assets that Cisco is absorbing are certainly valuable, the deal will likely have a limited impact at the market level since HyperFlex is already a key pillar of its product line. Another big factor is the company’s partner ecosystem.

“Cisco’s acquisition of Springpath is unlikely to dramatically change the competitive landscape, since Cisco has dozens of storage partnerships, including with NetApp, IBM, Pure Storage, Dell EMC, that contribute billions of dollars to Cisco’s UCS and networking businesses,” said Stu Miniman, senior analyst with Wikibon, owned by the same company as SiliconANGLE.

The acquisition of Springpath shows the company is willing to make big investments to improve its position in this segment. It comes eight months after Hewlett Packard Enterprise Co. bought SimpliVity Corp., another early entrant into the hyperconvereged infrastructure race, for $650 million.