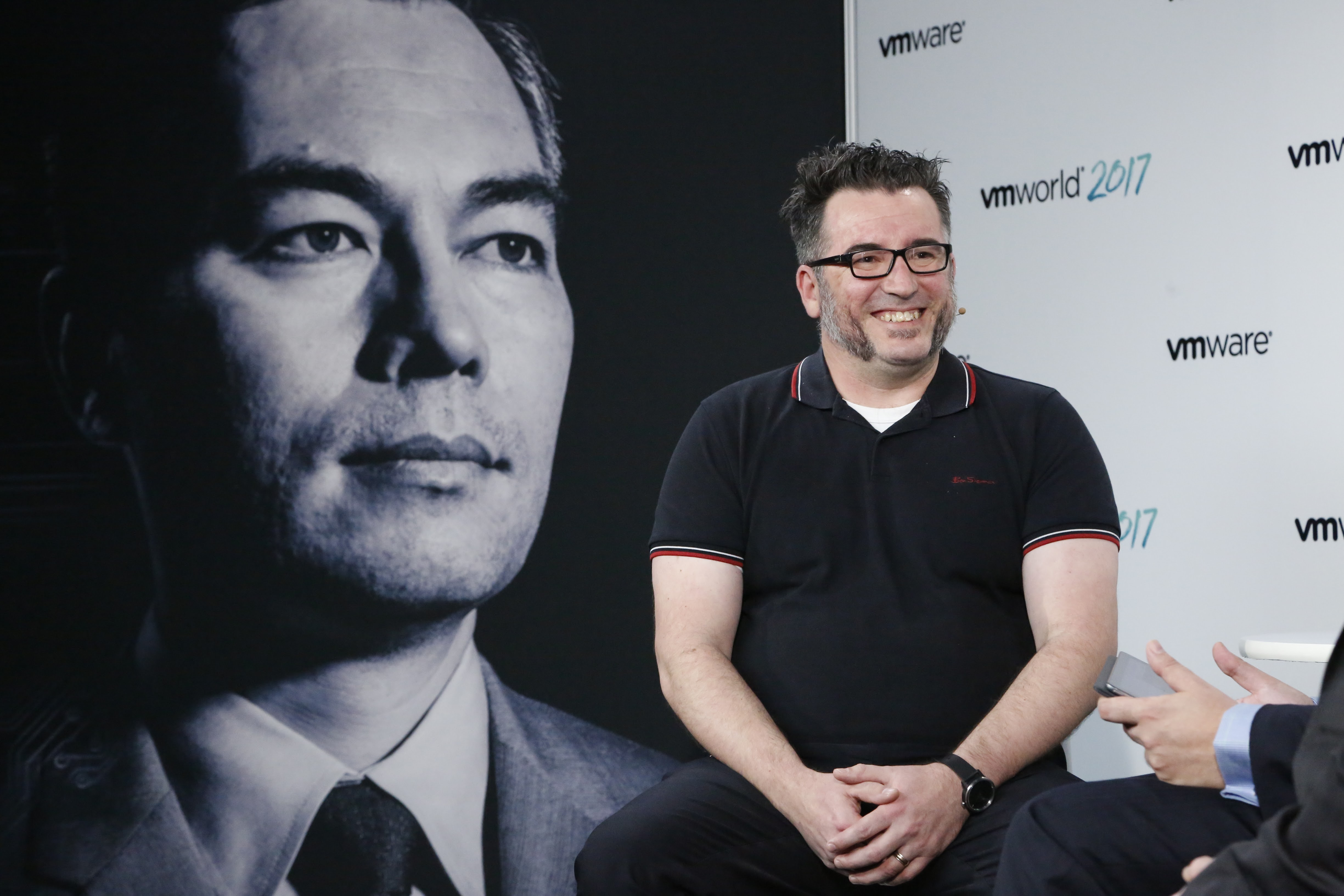 VMware on AWS is a nice ‘stepping stone’ for virtualization in cloud, says expert

The milestone partnership between VMware Inc.’s cloud platform and Amazon Web Services Inc. indicates a turning point in the shift from traditional data center thinking, virtual or otherwise, toward cloud-native computing. While this offering represents a new paradigm, there are some challenges in migrating virtual environments to the cloud to be resolved before the industry sees a complete shift, according to Dan Frith (pictured), blogger at PenguinPunk.net and technical consultant at Dimension Data Holdings plc.

“The VMware on AWS story is getting more and more interesting. … I like the idea; it’s a neat idea. It’s very good for those legacy enterprises that don’t really want to get away from vSphere just yet, who’ve got the kind of crusty applications that don’t really run well on public cloud, but they’re in the middle of their transformation piece, perhaps. They’re trying to get cloud native, and this is a nice stepping stone,” Frith said.

Virtualization in the cloud

One of the key underlying aspects of virtualization is managing the networking and security aspects of the environment. VMware’s NSX network virtualization offering is helping simplify management of this infrastructure in the cloud, according to Frith.

“NSX is becoming more and more critical to what we’re doing. We’ve got a lot of complicated cloud plays happening locally, so NSX is really helping us get to where we need to be, where traditionally maybe it was a slower, harder process,” Frith said.

By helping simplify management of the networking and security infrastructure, NSX is allowing companies to approach problems from a use case and application perspective, rather than getting lost in the weeds.

In fact, some of the biggest challenges with networking and security in the enterprise isn’t the actual tech but the way that processes, policies, frameworks, governance and risk compliance assessments are applied to that tech, according to Frith.

“Having something like NSX come in, it gives them the opportunity to reassess what they’re actually trying to achieve and what’s critical for them from the application down, rather than just thinking about the infrastructure and tools that they’re using,” he stated. “It’s not just about switches, routers, firewalls anymore; it’s what I’m actually trying to achieve, what really needs to talk to what. And now I can make this happen with this tool that’s actually really flexible and agile to get up and running.”