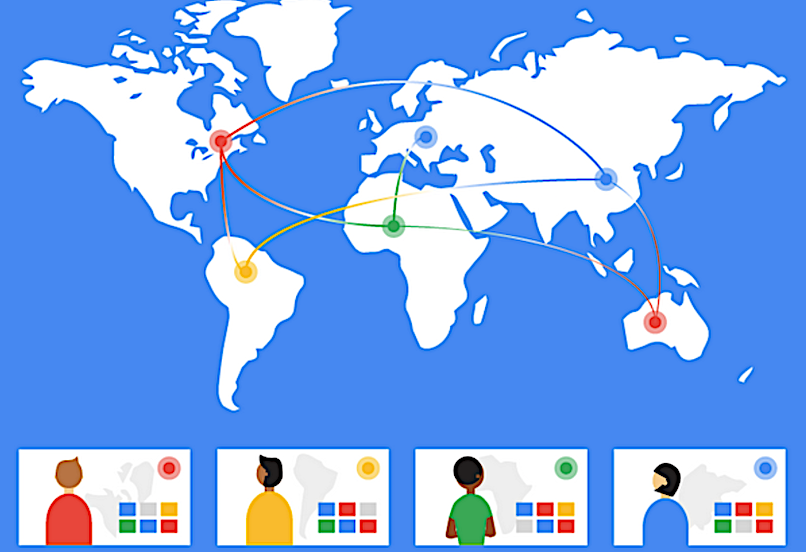 After nearly a year of private beta testing, Google LLC is finally launching its business chat service to take on Slack Inc. and the other players in the competitive team messaging market.

Hangouts Chat sports a spacious interface that should be familiar to users of rival services. The dashboard consists of a prominent chat window that takes up most of the screen and a left-hand sidebar with shortcuts, most notably to the rooms accessible for a worker. Advanced options can be found at the upper-right corner.

The main way Hangouts Chat stands out from the competition is by providing integration with Google’s other cloud services. It’s available for free as part of G Suite, just as Microsoft Corp.’s rival Teams offering is available at no extra charge for companies that use Office 365, and enables users to quickly access the other apps in the bundle.

Google delivers the integration primarily in the form of virtual assistants. Hangouts Chat has with 25 of them on launch, including an @Drive bot that alerts users when they receive or are asked for access to a file and an @Meet bot designed to manage calendar appointments.

Google plans to expand upon the service’s scheduling features with an upcoming meeting management tool for G Suite that is reportedly set to incorporate artificial intelligence. According to The Verge, it will suggest meeting times based on the location of attendees and when they’re free. Google Calendar, in turn, can display a list of available conference rooms.

Complementing the core feature set is an extensive set of bots from other companies. Salesforce.com Inc., Atlassian Corp. PLC, Zenefits Inc. and about a dozen other tech firms have built assistants to make their services available within Hangouts Chat. Large companies can also build their own custom integrations to address employees’ specific requirements.

Google will roll out the web, desktop and mobile versions of Hangouts Chat over the next seven days. The addition of a native team chat application to G Suite levels the playing field against Office 365 on the messaging front. G Suite’s already wide adoption among enterprises, in turn, means that Hangouts Chat has a sizable addressable market.

At the same time, Google’s competitive advantage is diminished by its late entry into the race. The company will need to invest heavily in feature development to close the gap with the Slack and other established competitors.