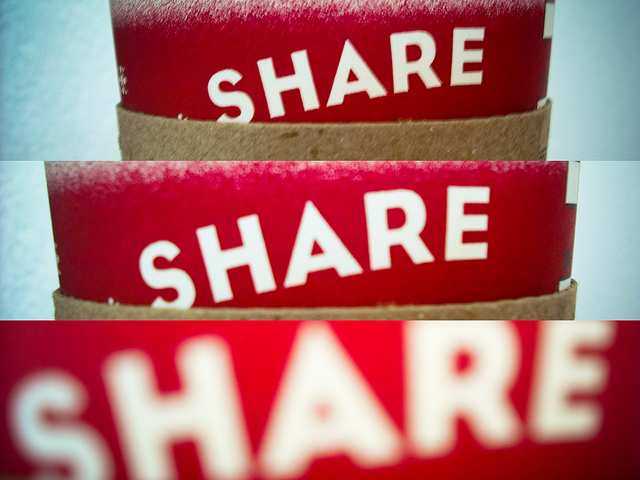 After a sudden avalanche of criticism over recent revelations of potentially illegal and certainly unexpected use of its user data, Facebook Inc. Chief Executive Mark Zuckerberg today outlined steps he’s planning to take to fix the mess.

Whether his response and those steps outlined in a post on his Facebook page will ease the social network giant’s woes is another matter entirely. Many people have since taken to Twitter to pick apart and criticize his post, most of all for what it didn’t include: an outright apology, for one. He did, however, offer an apology in a later interview with Recode.

Zuckerberg broke a striking silence that extended several days after multiplying controversies that broke over the weekend. In particular, it appeared that the company’s service was used by data analysis firm Cambridge Analytica to harvest millions of user profiles without their permission and the data was used in ways counter to Facebook’s rules.

In two days, Facebook lost almost $60 billion in market value, with Tuesday its biggest trading day since 2014. As Bloomberg put it, “That’s more than the market capitalization of Tesla Inc. at around $52 billion or three times that of Snapchat owner Snap Inc. at about $19 billion.” Shares rose three-quarters of a point today, to $169.39 a share.

In his post, addressed to the company’s more than 2 billion users worldwide, Zuckerberg conceded that Facebook has a responsibility to protect user data, “and if we can’t then we don’t deserve to serve you.” He said he has been working to “understand exactly what happened and how to make sure this doesn’t happen again. The good news is that the most important actions to prevent this from happening again today we have already taken years ago. But we also made mistakes, there’s more to do, and we need to step up and do it.”

In particular, following a summary of the Cambridge Analytica situation and Facebook’s responses going several years back, he outlined several further steps:

First, we will investigate all apps that had access to large amounts of information before we changed our platform to dramatically reduce data access in 2014, and we will conduct a full audit of any app with suspicious activity. We will ban any developer from our platform that does not agree to a thorough audit. And if we find developers that misused personally identifiable information, we will ban them and tell everyone affected by those apps. That includes people whose data [Cambridge University researcher Aleksandr] Kogan misused here as well.

Second, we will restrict developers’ data access even further to prevent other kinds of abuse. For example, we will remove developers’ access to your data if you haven’t used their app in 3 months. We will reduce the data you give an app when you sign in — to only your name, profile photo, and email address. We’ll require developers to not only get approval but also sign a contract in order to ask anyone for access to their posts or other private data. And we’ll have more changes to share in the next few days.

He added that the specific issue involving Cambridge Analytica shouldn’t happen again given previous steps Facebook took, but he conceded all this isn’t an immediate fix. “I know it takes longer to fix all these issues than we’d like, but I promise you we’ll work through this and build a better service over the long term,” he wrote.

Still, it’s not clear that these steps will mollify many critics, from investors to government officials, who are sure to continue hammering the company for more answers and solutions. Some critics have called for a complete rethinking of its business model, which is based on use of user data for highly targeted advertising on a mass scale, but these steps don’t appear to change that in any fundamental way.

Indeed, Ben Schachter, an analyst with Macquarie Capital (USA) Inc., said in a note to clients that investors should be mostly relieved. “His comments, along with the company’s post on newsroom.fb.com, mostly allay our fears that FB itself will propose radical changes that would impact the business model,” he wrote. “The fundamental business model appears to be well intact.”

Not that every investor is happy yet. One is now suing the company for allegedly misleading investors by not disclosing it violated its own privacy agreements and allowing an entity to harvest its data. The lawsuit, filed Tuesday in a San Francisco federal court, began: “As a result of defendants’ wrongful acts and omissions, and the precipitous decline in the market value of the company’s common shares, plaintiff and other class members have suffered significant losses and damages.”

It’s not just the lawyers who are piling on, either, with financial analysts expressing new doubts as well. “Facebook is exhibiting signs of systemic mismanagement, which is a new concern we had not contemplated until recently,” Brian Wieser, an analyst with Pivotal Research Group, wrote in a note to clients.

The list of combatants goes on. The company is now being probed by the U.S. Federal Trade Commission for its handling of user data and its adherence to a consent decree that it must inform users and get their permission before any of their information is shared above what their privacy settings allow.

Moreover, Zuckerberg has been called out by various members of Congress to face the music. “Mark Zuckerberg ought to be subpoenaed if he doesn’t appear voluntarily, to appear under oath, in public, along with other CEOs in the same space,” Senator Richard Blumenthal said on Monday,

The U.K.’s Digital, Culture, Media and Sport Committee also said it wants to speak to the Facebook execs about “how companies acquire and hold on to user data from their site, and in particular about whether data had been taken without their consent.” A response is due by Monday.

It’s time for Mr. Zuckerberg and the other CEOs to testify before Congress. The American people deserve answers about social media manipulation in the 2016 election.

Why the delay in a response until now? It seems Zuckerberg and Sandberg were preparing themselves to meet their critics, with the company telling The Daily Beast, “Mark, Sheryl and their teams are working around the clock to get all the facts and take the appropriate action moving forward, because they understand the seriousness of this issue.”

Still, many observers, including some inside Facebook, say the silence was filled by outside speculation and criticism that the company might have lessened with earlier, more forthright comment on the matters at hand. The latest scandal has only fed into the widespread notion that there might be something wrong with Facebook, especially on top of months of criticism that it aided Russian election meddling, which came at about the same time as the public, and even former Facebook executives, were questioning whether using the platform might be bad for our mental health.

Then came Sandy Parakilas, a platform operations manager at Facebook from 2011 to 2012. This whistleblower told The Guardian that “hundreds of millions” of Facebook users will have had their data harvested, that it was “routine” business. “It has been painful watching,” Parakilas said about the scandal, “because I know that they could have prevented it.”

The company at the center of the user data scandal, Cambridge Analytica – also the catalyst of the controversy – have suspended Chief Executive Alexander Nix, with “immediate effect, pending a full, independent investigation.”

And if all that isn’t enough, Brian Acton, co-founder of WhatsApp – acquired by Facebook for $16 billion in 2014 – issued the strongest response yet, to the public at least. In a tweet, he simply wrote, “It’s time.” But that was followed by #deletefacebook.