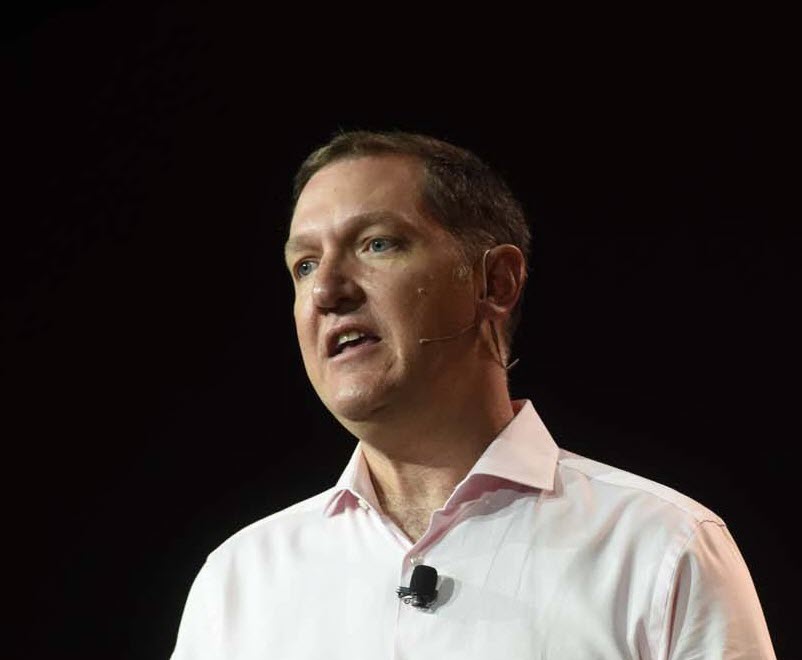 In the quarter just ended, the company exceeded analysts’ expectations with a profit of 72 cents per share, better than consensus estimates of 68 cents. Revenues rose 20 percent, to $814 million, the fourth straight quarter of 20 percent or better growth and also ahead of estimates.

The nasty surprise, however, was a downgrade in full-year revenue forecast of $50 million from the previous quarter’s baseline forecast of $3.425 billion to $3.375 billion. The company blamed currency exchange rates for the fall and reaffirmed its earlier forecasts of 16 to 17 percent revenue growth for the year, but investors slammed the stock anyway, sending it down more than 10 percent in immediate after-hours trading. Update: Shares were falling 12.5 percent in Friday midday trading.

Investors also focused on first-quarter billings of $709 million, which were below the $725 million consensus estimates. The company issued a dour forecast for the second quarter, saying earnings per share would likely come in at 81 cents, up slightly from the 77 cents reported a year ago but well below consensus estimates of 89 cents.

The company attempted to leaven the bad news by announcing plans to buy back $1 billion worth of its stock and said the long-term outlook remains strong. “There wasn’t anything in our deals that would indicate an overall slowdown in Red Hat Enterprise Linux business,” said Chief Financial Officer Eric Shander.

Investor psychology appears to have been affected by a recent Raymond James report that suggested that customers may be holding off on buying the company’s legacy middleware solutions as they increasingly shift toward cloud-based services and containers, said Charles King, president and principal analyst at Pund-IT Inc. “Red Hat is obviously a significant player in cloud and containers, but the issue is how effectively the company will maintain relationships with existing customers while pursuing new revenue opportunities,” he said.

Red Hat has been cheerleading the shift, despite the short-term hit on revenues. “It’s not a loss of revenue; it’s a pause as customers consider how they’re going to containerize their environments,” Shander said. “These are big technical decisions. As customers shift more applications to containers, it will benefit our middleware results and Red Hat overall.”

Red Hat actually had a pretty good first quarter, with 70 percent revenue growth adjusted for constant currency, 19 percent growth in operating income and 34 percent growth in cash flow. However, revenues were dampened by large deals the company signed with several enterprise customers in 2017, which shifted some dollars out of the current quarter, said Chief Executive Jim Whitehurst (pictured).

As evidence of Red Hat’s resilience, he said the number of $1 million deals in the quarter grew 48 percent and that more than 100 new customers signed on for its OpenShift platform-as-a-service, which the company sees as a significant engine of future growth. Services revenue grew 25 percent, in large part because of OpenShift acceptance, Whitehurst said.

However, there were signs of softness as well. Subscription revenue from the company’s core infrastructure-related offerings grew just 11 percent, to $522 million. That was somewhat offset by 37 percent growth in subscriptions to application development services, which is Red Hat’s main growth focus. Accounts receivable contracted 38 percent, indicating that the company’s pipeline may be thinning.

However, Shander attributed the decline to a onetime shift in collections from the fourth quarter to the first. He also said business is expected to pick up after the next quarter. “We continue to see our revenue pick up as we get into the second half of the year,” he said.

King agreed that the company’s long-term outlook is strong. “Cloud migrations and technologies like containerization are impacting IT vendors of every sort,” he said. “Overall, Red Hat appears better-positioned to ride out those changes and eventually prosper than many others facing the same challenges.”

Investors will have to be convinced, though. “We think the stock will experience headwinds as a result of slowdown in the middleware business, air pocket in renewals, limited upside to estimates and our view of full valuation,” Mizuho Bank analyst Abhey Lamba wrote in a note to clients.