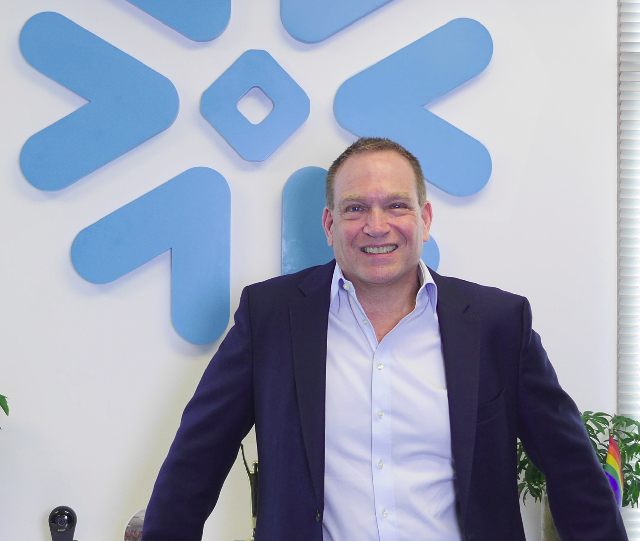 Founded in 2012, Snowflake offers a data warehouse and analytics service hosted in the cloud, which organizations can use to store all their data in one location for easier access.

Snowflake’s cloud data warehouse uses the SQL programming language to sift and sort through customer’s data. Those customers can throw in as much data as they want, and have as many employees working with it as they desire, paying for the service as they go. Snowflake can work with both structured data and unstructured data, the company said.

In recent years, the company has emerged as the poster child for the data warehouse-as-a-service niche, driven in part by the enormous funding its received from its venture capital backers. Its most recent funding round in January saw it pick up a cool $263 million, valuing the company at more than $1.5 billion. At the time of that round, the company said it had experienced “rapid growth” over the preceding 12 months, growing both its customer base and the amount of customer data it stores fourfold.

Still, Snowflake has some way to go before it can truly threaten its main rivals, which include traditional on-premises data warehouse providers such as Oracle Corp. and Teradata Corp., as well as the public cloud providers with which it partners, such as AWS and Microsoft.

James Kobielus, an analyst at Wikibon, owned by the same company as SiliconANGLE, said one of the main problems Snowflake faces is that it’s still struggling to convince enterprises that its cloud model offers better value than on-premises data warehouses do, even though it has achieved parity with those rivals in terms of its features, performance and usability. “In that regard, Snowflake provides a flexible, scalable and robust data warehouse service,” Kobielus said.

Teaming up with Microsoft to run its data warehouse on its cloud certainly won’t do any harm in its efforts to tempt more enterprise users to check out its platform though, he said.

Snowflake’s partnership with Microsoft has been expected for a while too. The company is run by  Chief Executive Officer Bob Muglia (pictured), who previously spent 23 years serving at Microsoft, leading its server and tools unit, among other roles.

In a statement, Muglia said the company’s decision to offer Azure as a cloud computing option was driven by its customer’s demands for more flexible options. Snowflake is currently available on Azure in preview, ahead of general availability at a later date.

“Customer demand for an Azure-based data warehouse is on the rise,” Muglia said. “We’re working with Microsoft to provide the performance, concurrency and flexibility that Azure customers require from a modern, cloud-built data warehouse.”

The addition of Microsoft Azure as an alternative cloud platform follows a busy year in which Snowflake has added several new tools and features to its platform. These include its “data sharehouse” offering, which allows users to share all or part of their data warehouse with others, subject to defined security policies and controls on access, without needing to copy that data to a new location. Other recent innovations include Virtual Private Snowflake, which is an alternative version of its data warehouse that comes with more security features, plus a service called Snowpipe that accelerates data loading to deliver analytics faster.

Kobielus said he expects Snowflake to continue to add to its capabilities following this announcement. For one thing, he’s expecting Snowflake to add support for Google Cloud Platform within the next six to nine months. In coming months the company is also likely to announce support for Apache Spark’s structured streaming, machine learning, ETL and SQL query runtimes, as well as Apache Kafka’s ingest streaming data, he said.