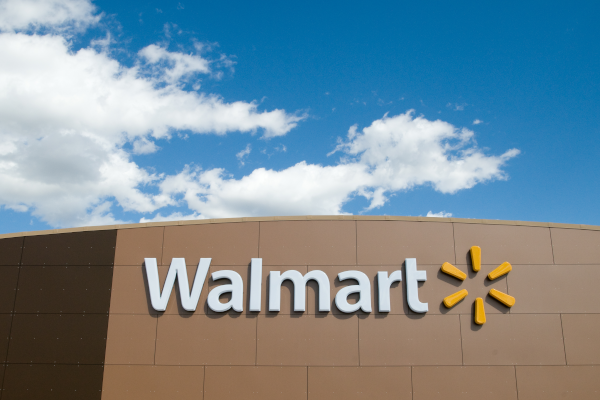 Wal-Mart Stores Inc. will move key parts of its infrastructure to Microsoft Corp.’s Azure and collaborate with the company on artificial intelligence software as part of a new partnership that takes direct aim at Amazon.com Inc., their mutual archrival.

The companies aren’t shy about the motivation behind the deal. Speaking to the Wall Street Journal on the deal’s announcement today, Microsoft Chief Executive Satya Nadella said that the shared rivalry with Amazon is “absolutely core to this.”

The five-year deal will see engineers from the tech giant move into Walmart offices to support joint projects based on Azure. According to an unnamed executive cited by Journal, one of the initiatives currently under consideration would involve the development of a new system for sharing product sales data with suppliers.

AI and connected devices will play a central role as well. In a joint statement with Microsoft, Walmart divulged plans to use Azure’s machine learning services to optimize various parts of its operations. The company listed improving supply chain efficiency and reducing the amount of energy used by food refrigeration units as two potential focus areas.

The planned projects represent just one of several ways Walmart will apply Azure. The retail giant also intends to migrate a “significant portion” of its e-commerce website and the online storefront for Sam’s Club to the cloud platform, along with hundreds of existing applications. Jet.com, the online shopping portal that Walmart acquired for $3.3 billion in 2016, already runs on Azure.

The collaboration will make Microsoft a key partner in Walmart’s push to take on Amazon. The retail giant is heavily committed to carving out a bigger share of the e-commerce market, not only in the U.S. but also aboard. Walmart earlier this year paid a staggering $16 billion to acquire a majority stake in Flipkart Group, India’s top e-commerce provider, after reportedly outbidding Amazon.

To top everything off, Walmart will adopt Microsoft’s Office 365 internally alongside Azure. The company said that it will roll out the productivity suite in phases to enable better collaboration among workers.

Amazon, as the world’s largest online retailer and one that’s moving into the physical world with the purchase of Whole Foods Markets and the opening of a few of its own stores, has seen some reticence from large retailers about using cloud services from a prime competitor. Many retailers use AWS anyway, but others such as Walmart are clearly looking elsewhere, providing an opening for rivals such as Azure as they try to chip away at AWS’ dominant position in cloud computing.

Yet although the Walmart-Microsoft partnership certainly checks a lot of boxes, one item is noticeably missing: Walmart’s cashier-free store initiative. The Journal cited Marc Lore, the company’s e-commerce head, as saying that Walmart is not using Microsoft technology in the project. However, that situation may change given the recent Reuters report that the two have held talks about collaborating in this area.

Store automation is a major priority for Walmart amid Amazon’s push to open its own cashier-free locations in major cities. And according to the report that Walmart has held talks with Microsoft about the subject, the technology giant sees an opportunity as well.