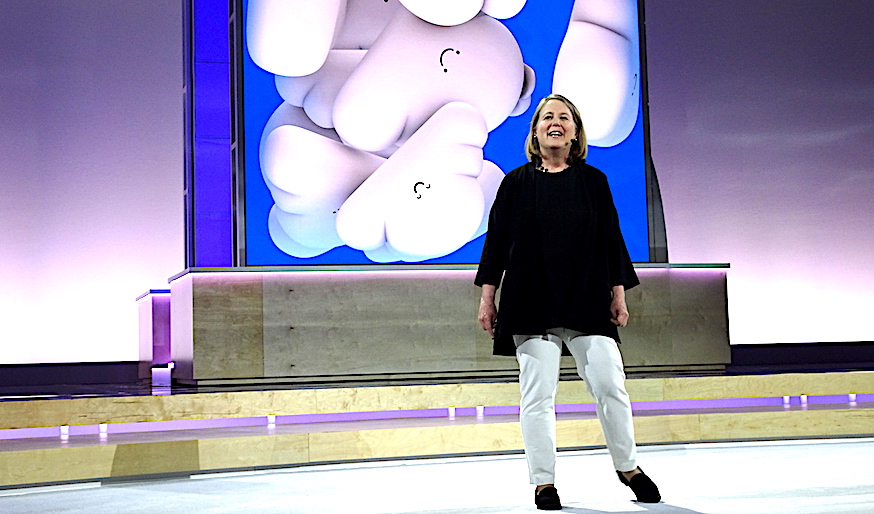 More than 90 percent of the world’s searches are driven by Google LLC’s cloud infrastructure. The company rakes in $32 billion of search advertising revenue for the U.S. market, which is nearly $30 billion more than its closest competitor. What’s more, it’s probably the world’s largest cloud company in terms of aggregate resources and has contributed an abundance of open-source technologies that underly cloud computing.

Yet it owns a mere 6 percent of the worldwide cloud infrastructure services market, way behind leader Amazon Web Services Inc., Microsoft Corp.’s Azure and perhaps even IBM Corp. What’s wrong with this picture?

As Google Cloud Next kicks off Tuesday in San Francisco, the company’s enterprise story will be a prime topic of discussion. To reach Google’s accustomed position of dominance, the company will need to focus on a set of key actions in the aftermath of errors and false starts made along the way.

“I would never call Google a failure,” said Peter Burris, chief research officer and general manager of Wikibon, SiliconANGLE’s research arm. “I just don’t think they’ve been committed” to providing the range of services and support large enterprises demand, and get, from the cloud leaders.

One reason for that could be its advertising business model, which “limits it in enterprise tech,” said Burris. The other players, in particular the likes of AWS know how to serve enterprise needs.”

That’s clearly changing, as Google Cloud Chief Executive Diane Greene (pictured) has been insisting for some time. It has forged countless partnerships and introduced a raft of new features over the past couple of years. In something of a milestone, in May Gartner Inc. gave it an enterprise seal of approval by placing it alongside AWS and Azure in the market research firm’s vaunted “magic quadrant” for cloud infrastructure.

Still, some enterprises remain uncertain. So a bit of history is in order to understand why Google is fighting an uncustomary uphill battle despite its evident cloud computing chops:

1. It was late to the party, with the wrong approach

Amazon launched its cloud platform in March of 2006 and Google followed two years later. Google made a marketing decision with its App Engine to target startups and small businesses for its cloud platform. Meanwhile, by 2009, Amazon had already launched a virtual private cloud, the Elastic Block Store and CloudFront, its content delivery network.

AWS was off and running with a more developer-friendly platform. When Google launched App Engine in 2008, there were a number of developer languages that it did not support. To compound the problem, Google assumed that enterprises would want to build apps the same way it did.

This turned out to be the wrong approach, which even Eric Schmidt, Google’s former executive chairman, conceded in his keynote at the Next 2016 conference. “We didn’t get the right stepping stone into the cloud,” he said.

2. It lagged in signing up critical partners

As the cloud grew into a massive platform, marketing and convenience dictated the need for literally thousands of adjunct services and products. While Google today has an estimated 13,000 partners in its cloud ecosystem, AWS added 10,000 new partners in 2017 alone and boasts of more than 100,000 partner accreditations.

Microsoft Azure, currently second in cloud market share, revealed earlier this year that it has more than 68,000 partners. The company has demonstrated that it can build its cloud business to challenge AWS, and remain far ahead of Google, by leveraging its partner network. “Azure’s advantage is its ecosystem,” as well as Microsoft’s large base of enterprise customers, Erica Brescia, co-founder and chief operating officer at Bitnami, said during a recent appearance on SiliconANGLE Media’s theCUBE.

3. It suffers from internal turmoil

In 2015, Google hired industry veteran Greene, the co-founder of enterprise computing heavyweight VMware, to head its cloud and enterprise businesses. Greene moved quickly to beef up the cloud computing team, luring Tariq Shaukat away from Caesars Entertainment, Darryl Willis from BP, Cloudera Inc. and VMware Inc. veteran Bertrand Yansouni to run global partner sales and alliances and Kevin Ichhpurani, who joined this year from SAP AG. She also brought on board Diane Bryant from Intel Corp. as her chief operating officer late last year, but then Bryant abruptly resigned from her post recently.

Google was also considered a candidate for a $10 billion Department of Defense cloud computing contract. But an internal dispute concerning the company’s artificial intelligence contract with the military spilled into the media earlier this year and may have taken Google out of the running for at least some of the lucrative government cloud opportunity.

What Google needs to do

To establish itself as a leading enterprise cloud business, Google needs to overcome the factors that have hampered its success to date and pursue new initiatives that will increase engagement with enterprise customers, much as its competitors have so far exploited quite well. “They’ve got great technology,” said Burris. “To really succeed in the enterprise, you need to marry great technology with great engagement.”

Here are four key areas where Google can boost its cloud:

1. Keep investing in open source, establishing itself as the open cloud

On July 18, Google announced the availability of production-ready commercial Kubernetes applications through GCP Marketplace, the newly rebranded Cloud Launcher. The company, which created Kubernetes before open-sourcing it, indicated that it would only take a single click to deploy an application to the Kubernetes Engine. The news followed last month’s decision by GitLab to migrate from Azure to Google, driven in part by the repository manager’s interest in exploiting the Google-developed Kubernetes container orchestration platform.

Those are just the latest examples of Google’s leadership in technologies underlying cloud computing, which include the data warehouse BigQuery, the MapReduce programming model for analyzing data across thousands of servers that became foundations of open-source cloud technologies, and Cloud Spanner the cloud native enterprise grade globally distributed database that was built in house that was released as cloud product last year now generally available. More recently, Google has promoting the idea that it’s the more open cloud than AWS and Azure. Although the term “open” is open to many interpretations, Google can credibly follow through on the claim by making itself the prime advocate of using multiple clouds, a growing trend among enterprises as they deploy applications via a wide variety of microservices.

That’s a classic strategy of companies that lag behind more established leaders, and Google has the technology chops and even the internet DNA potentially to pull it off. “To be a credible enterprise play, Google will need to address orchestration of more complex microservices across hybrid multiclouds,” said Wikibon analyst James Kobielus, and that means doubling down on Kubernetes.

In June, Google also announced that artificial intelligence developers would be able to rent Google Cloud’s TPU or Tensor Processing Unit chips by the hour. TPU hardware is designed for optimizing machine learning models that are coded in TensorFlow, the machine learning framework it created and open-sourced.

It also announced this month that Informatica will partner with Google Cloud’s Apigee group for enterprise application programming interface management and integration. The use of Apigee will facilitate Informatica’s AI-driven predictive analytics.

“Google’s near-first-mover status in automated machine learning can be a key competitive asset in competing for enterprise developers,” said Kobielus.

Two noteworthy customer wins offer a hint that Google’s competitive advantage could also lie in what it does best: Manage data. When online music giant Spotify announced that it would move its backend from AWS to Google, the company cited Google’s data stack as a primary reason, calling out tools like Dataproc for batch processing and BigQuery, Google’s analytics data warehouse.

More recently, Twitter has decided to adopt Google Cloud for Hadoop clusters and cold storage, a move that Chief Technology Officer Parag Agrawal described in a blog post as offering “a number of long-term scaling and operational benefits.” One day’s worth of tweets could fill a 10 million-page book. That’s a lot of data to manage, so it’s reasonable to assume that if Google Cloud can handle Twitter’s demands, it should be able to meet the needs of any enterprise customer.

3. Build more partnerships and invest in sales and marketing

Google Monday announced a raft of new services for partners, including a co-selling program and a new program connecting its Customer Reliability Engineering team with software-as-a-service partners. It also extended deals with some existing partners such as Cisco Systems Inc. and SAP SE.

That’s on top of a lot of partnerships in the past year or so. “Google has targeted partnerships to help get into enterprise accounts, most notably Cisco, Nutanix and Pivotal,” noted Wikibon analyst Stu Miniman. But it will need to keep signing more with partners to make sure it can serve all manner of enterprise customers with their own partnerships and supplier relationships that need to work with Google Cloud services.

Google has also stepped up efforts to expand its own ecosystem. Its partner team is now 10 times larger than in 2016 and Google has increased investment for training channel providers.

In addition, there are recent signs that the company is expanding its global training channel more aggressively. Training specialist DDLS has become an authorized training partner for Google Cloud in Australia and the company recently announced a Google Cloud Region in Mumbai, India. The company will need to keep this momentum on the partner front going.

As much as Google needs to get enterprises to move their applications to its cloud, it needs to do more than that. It needs to make it clear that it’s at the leading edge of future cloud applications that may not look at all like the traditional IT industry. Consider Alphabet’s Waymo self-driving car unit. It’s still a mystery to many people why the parent company would make such a big foray into a seemingly unrelated business.

That is, said Wikibon analyst David Floyer, unless you look at Waymo as a cutting-edge cloud application. Even apart from the cloud, AI and edge technologies that Google is developing for Waymo, autonomous cars can provide tons of valuable data about transportation, city services and the like. Moreover, closer to Google’s core business, they will provide an entirely new venue for people’s attention that will no longer be spent driving themselves.

Essentially, said Floyer, autonomous cars could open up new markets for information technology far beyond what we think of as IT spending — but that’s what it will be. And they’re just one of the many “internet of things” devices and applications starting to develop. If Google can make sure it’s playing in those new markets, using its cloud infrastructure to support them,they could dwarf traditional IT spending.

Burris’ description of the need for Google to “marry” technology with engagement neatly summarizes the current challenge facing the company. At Next, attendees will see for themselves what transpires at the altar.