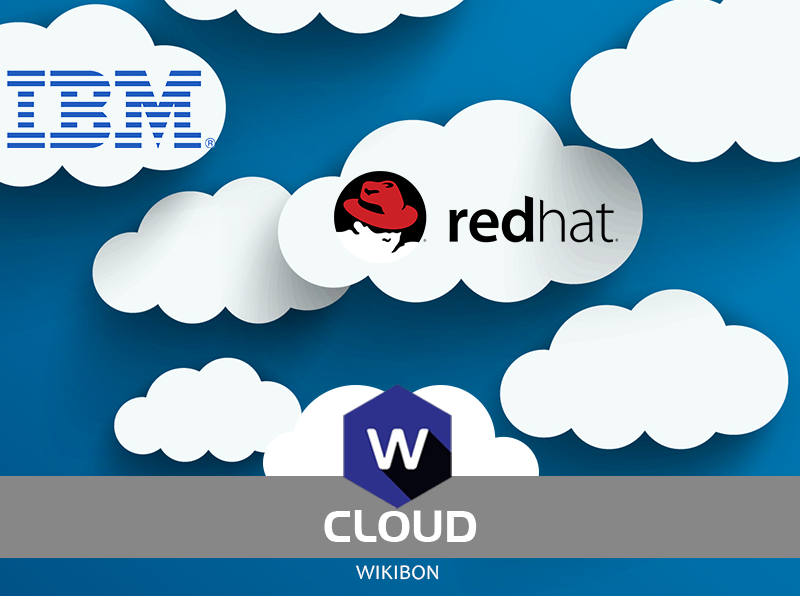 IBM’s acquisition of Red Hat is a pivot to growth, but many questions remain

IBM Corp.’s acquisition of Red Hat Inc. is a blockbuster designed to accelerate the company’s lagging sales. Here’s a first take on what it means for IBM, Red Hat, the ecosystem and customers.

Despite strong IT spending, there were storm clouds on the horizon for both IBM and Red Hat:

On its financial analyst call this morning, CEO Ginni Rometty laid out a cogent case for the Red Hat acquisition. She said this is a significant move for IBM and a game-changer in the market– that it resets the cloud landscape. The strategy is to become the No. 1 undisputed leader in hybrid cloud.  Her contention is that we’re entering the second chapter of a $1 trillion market. Chapter one according to Rometty was moving the easy workloads to the cloud. IBM data suggests that clients are only 20 percent of the way and the next phase is about attacking the next 80 percent.

IBM suggests that the average enterprise client has 1,000 applications and as many as 16 clouds and they want to rewrite, refactor and modernize – but the inhibitor is making workloads portable across multiple clouds. Her claim is that other clouds are proprietary and IBM Red Hat are pursuing an open, no lock-in strategy built on containers and Kubernetes. Moreover, Linux is the now the number one platform for both on-prem and public cloud workloads – so it’s the starting point and the destination for the cloud.

According to Rometty, IBM has been a long-standing champion of Linux and open source, dating back to its $1 billion investment in Linux twenty years ago. Red Hat gives IBM access to eight million developers with 90 percent penetration into Fortune 500 enterprises. Red Hat’s strategic value is its large installed base, open ethos and multi-cloud chops (OpenShift, cloud automation, developer ecosystem, etc.).

IBM will pay $190 per share for Red Hat which values the company at around $34 billion net of cash. Red Hat is a roughly $3 billion company growing at nearly 20% annually. It has software-like margins with approximately $1 billion in free cash flow. IBM, which has approximately $14.5 billion in cash and short-term vehicles on its balance sheet, will finance the all-cash acquisition with a combination of cash and debt. The deal is not expected to close until the second half of 2019.

IBM expects the deal to add 200 basis points to revenue over a five-year CAGR. IBM says the deal will be accretive to profit margin and free cash flow in year one and operating earnings in year two of the deal.

Questions and comments on the deal

While IBM is paying a significant premium (about 60 percent) for Red Hat, relative to its June highs IBM is only paying a roughly 8 percent premium. Many questions remain, specifically:

This is a huge strategic move for IBM. Prior to Red Hat, IBM’s largest software acquisition was Cognos for $5 billion. Red Hat is a premium asset for IBM with core Linux, OpenShift and other Red Hat products giving IBM a leg up on hybrid. But it underscores that IBM’s public cloud strategy fell short. Our big concern over this deal is IBM’s ability to keep Red Hat neutral. We’d feel much better if IBM created a structure not unlike VMware, where a portion of the company is sold to the public and IBM retains a controlling share and provides governance.

The big winners here ostensibly are IBM and Red Hat (and in theory their joint customers). IBM was struggling to grow and Red Hat was facing some icebergs ahead. With this acquisition, many of IBM and Red Hat’s partners (e.g. AWS/IBM, Microsoft/Red Hat, the big SIs) now face a new dynamic. If IBM truly is pivoting to become a provider of open, multi-cloud services these concerns will be overstated. But the ecosystem will be skeptical and it will take years for IBM to prove this out.

The biggest risk to customers in our view is IBM’s nasty tendency to buy software companies and hike pricing. Customers should get commitments from Red Hat before the deal closes and lock in favorable long-term pricing. As well, customers should run alternate scenarios in their planning to hedge bets with alternative suppliers.

If you’re a big Red Hat customer, I would give a call to Canonical Inc. Chief Executive Mark Shuttleworth and get his take on this deal …