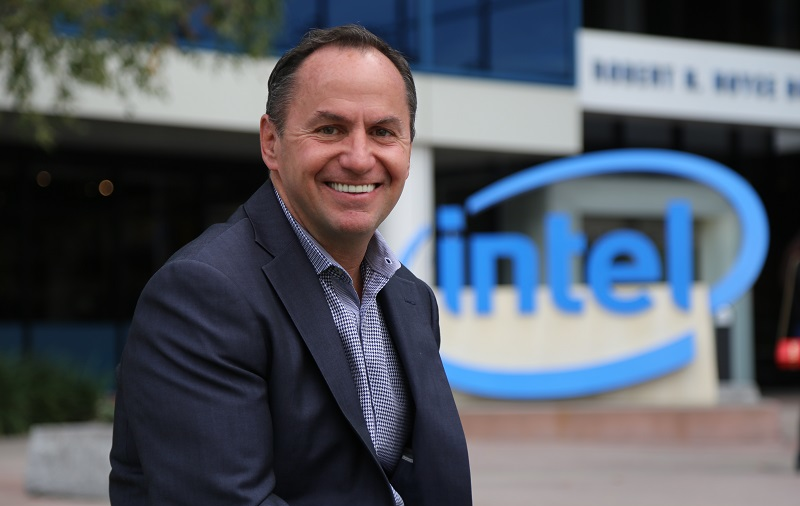 The executive (pictured) first took over the reins in June following the departure of predecessor Brian Krzanich, who was removed over a “consensual relationship” with an employee that violated company policy.

Swan had served as Intel’s chief financial officer until then. He has been with the chipmaker for just over three years in total, making him somewhat of an outsider at a company where all six past CEOs were either longtime insiders or members of the original founding team.

Swan’s appointment is a surprise for other reasons as well. The executive reportedly told colleagues last year that he was not interested in assuming the CEO role on a permanent basis. Sources told CNBC that the company’s board was also leaning toward picking another, unnamed candidate but chose Swan after talks with the other potential pick fell through.

“I am a bit surprised as Swan said he didn’t want the role but I always thought that he should be considered for the role,” Patrick Moorhead, president and principal analyst at Moor Insights & Strategy, told SiliconANGLE. “The company needs to improve its execution, and bringing in an outsider without Intel experience didn’t make sense.”

Swan hasn’t spent as much time in the semiconductor industry as some of the other reported candidates, but he brings strong credentials to the CEO role. The executive joined Intel after serving as an operating partner at General Atlantic LLC, a prominent private equity firm that has backed startups such as Slack Technologies Inc. and Airbnb Inc.

He earlier spent nine years at eBay Inc. as the online retailer’s CFO. Before that, among other positions, he was CFO, chief operating officer and CEO of the early, failed delivery service Webvan Group Inc., and early in his career spent 15 years at General Electric Co. The executive still serves on eBay’s board. He’s married and has two children.

Swan told Intel employees in a letter this morning that he plans to keep pursuing the company’s existing growth strategy.

“We are evolving from a PC-centric to a data-centric company that builds the technology foundation powering the world’s innovations,” he wrote. “What will change is how we serve our customers and how we partner and build the best technology together. Third, our execution must improve. And it will.”

Intel last week reported fourth-quarter revenue that fell short of what Wall Street was expecting. The company is facing mounting competition from rivals such as Advanced Micro Devices Inc. following years of delays in its processor development roadmap. Intel is currently expecting to start shipping its next generation 10-nanometer processors in late 2019, four years behind the original 2015 target date

Moorhead thinks Swan is in a position to put Intel on a better trajectory. “Intel has a very strong bench, two of whom [Renduchintala and Shenoy] were considered for the CEO role, who will help Swan and Intel,” he said.