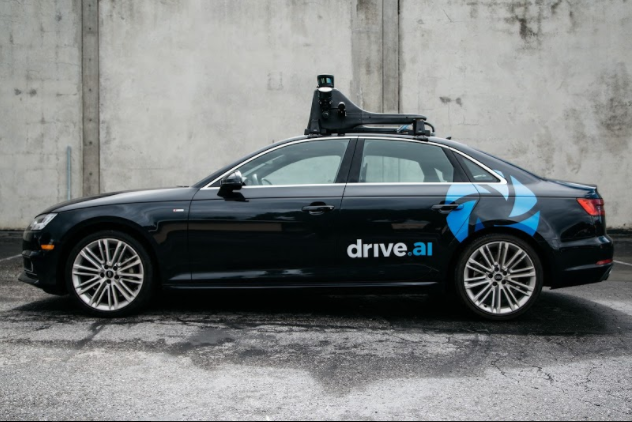 Silicon Valley self-driving car technology startup Drive.ai is apparently on the market and looking for a buyer, according to an unconfirmed report.

The Information reported today that the firm has hired investment bank Jefferies as an adviser and in recent weeks told bigger rivals it is interested in selling.

Founded in 2015 by former lab partners from Stanford University’s Artificial Intelligence Lab, Drive.ai is building a platform that applies deep learning and artificial intelligence to deliver cost-efficient autonomous vehicle software. Drive.ai claims that its “deep learning-first approach” allows its autonomous vehicles to rapidly learn new driving scenarios and routes “without tedious engineering effort,” allowing it to scale out more easily to new locations in the U.S. and abroad.

Its decision to look for a buyer comes as a surprise. Although it’s certainly not a major player in the burgeoning autonomous vehicle market, at least by valuation, Drive.ai is a fairly well-known company.

It last raised $15 million in venture capital funding in September 2017 on a valuation believed to be about $200 million. Its investor list is extensive. Grab Taxi, GGV Capital, HOF Capital, InnoSpring, Maniv Mobility, New Enterprise Associates, Northern Light Venture Capital and Oriza Ventures all have stakes in the company.

The Information said the decision by Drive.ai to find a buyer shows how of the “self-driving car startup world is shaking out as optimism about how long it will take to commercialize the technology fades.”

Drive.ai launched an on-road testing program in May but was late to the party. Various other players, many with far superior funding, have been testing autonomous vehicles going back years. Waymo LLC, the company formerly known as Google Inc.’s self-driving project may arguably lead the market in autonomous vehicle development, but there are still precious few examples of the technology being commercialized.

Even companies with strong funding have struggled. Uber Technologies Inc. vehicles have run over and killed pedestrians, while Apple Inc. is in the process of giving up altogether. Apple laid off 190 staff earlier this week from its Project Titan autonomous vehicle development team following news that its test vehicles rated last out of 48 companies testing self-driving car technology in California.