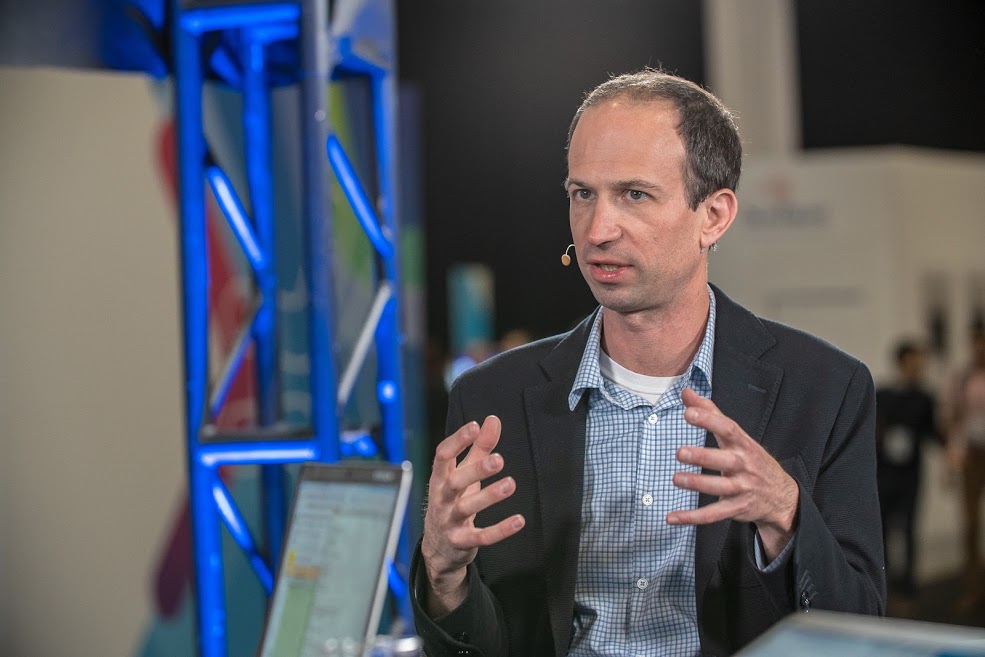 What does $1.7 billion buy today? For Adobe Inc., the answer is a new cloud service based on an online retail system that processed $155 billion in annual sales one year ago.

On the surface, that sounds like a pretty good deal. The new service was announced last month by Adobe as part of its launch of Commerce Cloud, an offering design to complement the company’s existing suite of products for managing the customer experience. The foundation of Commerce Cloud is technology developed by Magento Inc., an open-source e-commerce platform for business-to-business or business-to-consumer applications, acquired by Adobe last year.

Economics aside, Adobe also brought into its fold Magento’s community of over 300,000 developers. Adobe’s evolving role in the open-source ecosystem and how it manages the developer community could turn out to be just as significant as what the company has recently done to strengthen its platform.

“The community for us is near and dear,” said Mark Lenhard (pictured), senior vice president of strategy and growth at Magento Inc., an Adobe Company. “It is the core of who Magento is and what it was, and has transferred over now to Adobe.”

Lenhard spoke with John Furrier (@furrier) and Jeff Frick (@JeffFrick), co-hosts of theCUBE, SiliconANGLE Media’s mobile livestreaming studio, during the recent Adobe Summit in Las Vegas. They discussed Adobe’s Commerce Cloud, the importance of Magento’s developer community, personalization and data management in the customer experience, and the cultural fit between the two companies (see the full interview with transcript here). (* Disclosure below.)

This week, theCUBE features Mark Lenhard as its Guest of the Week.

The Adobe Commerce Cloud represents a managed integration of the Magento solution into Adobe Experience Cloud, which includes advertising, marketing and analytics services. In keynotes during the Adobe Summit last month, executives emphasized how Magento’s open-source platform helped drive system interoperability, as demonstrated by the different clouds facilitated through the Commerce offering.

“It’s more fully integrated into the other products and services,” said Lenhard in his discussion of Commerce Cloud. “It’s the opportunity for our larger merchants and enterprises to get the core Magento platform, which our customers know and love.”

In the aftermath of the Magento acquisition, some e-commerce writers have expressed concern about Adobe’s commitment to the open-source community. In October, Matt Asay, head of the developer ecosystem at Adobe, published a lengthy blog post that reaffirmed his company’s open-source commitment.

Adobe currently ranks as the 16th-largest corporate contributor to open source, according to Asay. He also noted that the company leaped more than 20 places on the GitHub Inc. contributors list from 2017 to 2018. Magento originated as an open-source project on GitHub, and half of the firm’s code was crafted by third-party developers.

In addition to Magento’s sizable developer community and impact on open-source, the other sidebar to Adobe’s recent Commerce Cloud announcement involves escalating competition among large platform players for ownership of the digital customer experience market.

Previous reports indicated that Adobe wanted to purchase Hybris, ultimately acquired by SAP in 2013. Other stories documented Adobe’s interest in Demandware Inc., which was grabbed by Salesforce in 2016 for $2 billion. Purchasing a solid e-commerce platform was beginning to seem like trying to buy tickets for the hit Broadway musical “Hamilton” in the first year after it opened.

With its acquisition of Magento last year, Adobe gained important capabilities in personalization and data management for e-commerce platforms. A Magento integration could now utilize Adobe Target, a machine learning tool designed for personalized experiences, to direct a choice marketing offer at a specific customer identified through data analytics.

“We hear a lot about one-on-one personalization, which is super important, particularly as you move from being computer-based e-commerce to mobile, to voice,” Lenhard explained. “Getting that personalization right is critical.”

Getting the personalization approach right takes data, and Adobe has been heavily focused on the role of data management in enhancing the customer experience. This includes gathering important behavioral data, such as websites visited and transactional information or what’s being actually bought, according to Lenhard.

“You’ve got to follow data,” Lenhard said. “You’ve got to be data-driven and develop insights out of that data because things are moving too quickly to take years and develop a gut reaction to it. We know what customers and merchants need to look at, enabling them to spin up a dashboard right away so that they can not only gather all the data, but start seeing the insights immediately and take action.”

Magento’s acquisition by Adobe in 2018 was the culmination of a circuitous journey that began in 2008 when it was founded. The firm was actually bought by eBay Inc. three years later for $180 million and then taken private by Permira Funds in 2015.

It has been a journey for Lenhard as well. The Magento executive’s career has provided him with a front-row seat to witness the evolution of the digital commerce world. After earning his degree from the Stanford University Graduate School of Business, he led commerce and digital payments strategy for JP Morgan Chase and PayPal before signing on with Magento.

Now the path has taken him into Adobe’s world. “Not only has there been a strategic fit between the product set and what Adobe is trying to do overall, but a cultural fit as well,” Lenhard said. “They’re really dedicated to creating an environment where people can thrive.”

Watch the complete video interview below, and be sure to check out more of SiliconANGLE’s and theCUBE’s coverage of Adobe Summit 2019. (* Disclosure: TheCUBE is a paid media partner for Adobe Summit 2019. Neither Adobe Inc., the sponsor for theCUBE’s event coverage, nor other sponsors have editorial control over content on theCUBE or SiliconANGLE.)