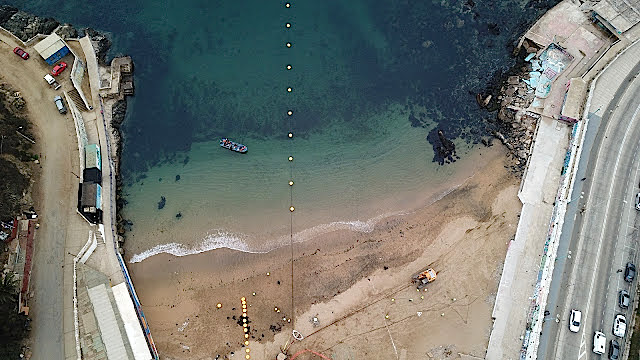 In a key milestone for its global cloud computing operation, Google LLC said today it has completed work on a new, 10,000-kilometer-long subsea cable linking its U.S. base of operations in California with Chile.

Dubbed “Curie” after the Nobel prize winner Marie Curie, the undersea cable stretches from Los Angeles all the way to the port of Valparaiso in Chile. Google said at the time it began construction that the cable was the first fully private submarine internet line to be built by a company outside the telecommunications sector.

The advantage of going it alone is that Google won’t need to share the cable with any other Internet companies. As a result, Google could customize the cable according to its specific technical requirements, allowing it better control over how traffic is routed.

The cable wasn’t cheap to install, however. Google hasn’t revealed the exact cost of the project, but Vice President of Engineering Ben Taylor said last year that, along with two other subsea link projects, it would set the company back more than a billion dollars.

Still, Google will likely consider it money well-spent. The company has been investing heavily in its infrastructure over the last couple of years. The other two subsea cable projects include one that will connect the U.S. to Denmark in Europe and a third connecting Hong Kong to the U.S. Pacific territory of Guam.

“This is an important milestone for consumers and enterprises in Latin America from a user experience perspective,” said Holger Mueller, principal analyst and vice president at Constellation Research Inc. “Anyone who has done network-intensive work in Latin America and tried to read a North America or even Europe-based server knows about the slow performance.  By using it’s own sea cable, Google addresses that challenge and controls the flow and speed of data into Latin America.”

Besides cables, Google has also been busy building out its data center infrastructure. The company recently announced plans to throw $13 billion at new data centers in Ohio, Nebraska, Nevada and Texas, plus extensions to its existing facilities in Oklahoma and South Carolina.

Google also operates a data center in Chile’s capital Santiago, and is planning to deploy a new fiber optic network in that country. Gloria Hutt, Chile’s minister of transport and telecommunications, said in a statement that the new subsea cable would provide “advantages and opportunities” to millions of internet users in the country.