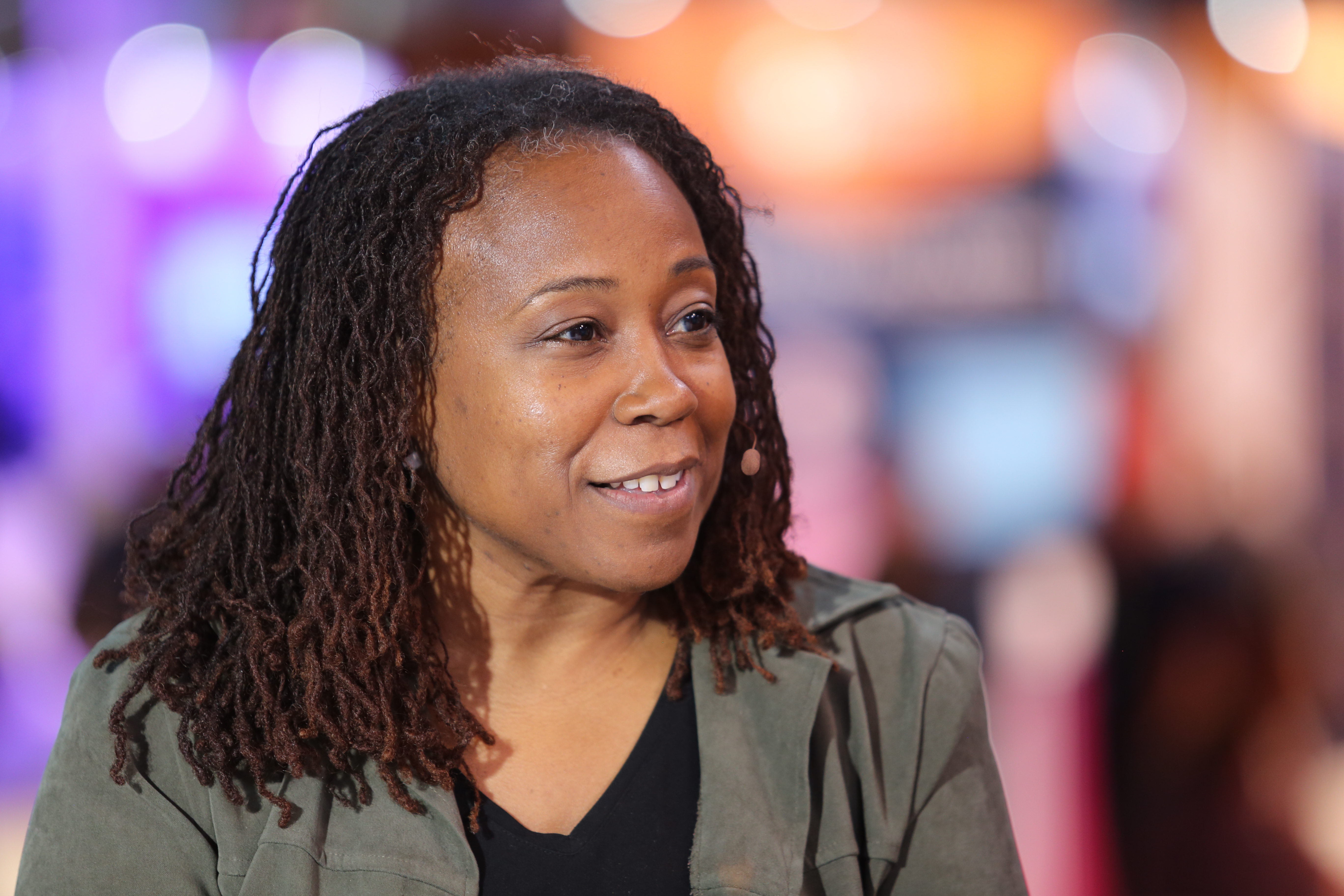 Robotic emotion is a contentious topic. From their first appearance in Rossum’s Universal Robots to the recent New York Times bestseller “Machines Like Me,” fictional androids have shown emotion. Yet science has been firm that machines are rational and logical; robotic personality an anthropomorphism.

Technological advances in robotics are changing that point of view. As artificial intelligence is programmed to understand facial expressions and mirror empathy, scientists are working on using emotionally aware robots as assistive technology for children with autistic spectrum disorder.

So, can robots have emotions?

“Yes, machines do have emotions, which sounds kind of weird, but in order for us to work with others, we typically have a bond, so why not have a bond with our machines?” said Dr. Ayanna Howard (pictured), professor and chair of the School of Interactive Computing in the College of Computing at Georgia Institute of Technology.

Howard spoke with John Furrier (@furrier) and Rebecca Knight (@knightrm), co- hosts of theCUBE, SiliconANGLE Media’s mobile livestreaming studio, during the .NEXT event in Anaheim, California. They discussed using robotics as a force for good, how robots and AI can become ’emotional,’ and how Howard, as a woman of color, is mentoring others to follow in her footsteps (see the full interview with transcript here). (* Disclosure below.)

This week, theCUBE spotlights Dr. Ayanna Howard in its Women in Tech feature.

Howard’s passion for robotics grew out of a childhood fascination with “The Bionic Woman.” In the TV show, assistive technology gave injured tennis star Jaime Sommers super-human powers. Her current research isn’t far from that fiction. Howard and her team have created emotionally aware robots that interact with children diagnosed with ASD. The robot companions she is creating may not give bionic powers, but they can change children’s lives.

Limited time in therapy restricts autistic children’s ability to learn how to socially interact. Knowing that ASD children enjoy digital toys and devices, Howard asked: “How do you bring technology into the home to do therapy with them, even education?” Her answer is robots that model real-world behaviors and provide positive reinforcement to the child.

Eighteen children recently participated in a study with the robots. Five had ASD, and 13 showed signs of developing the syndrome. Howard and her team of scientists observed as they navigated a series of real-world scenarios alongside their robotic “friends.” The results were positive.

“With the robot … encouraging, guiding, providing them input on how well they’re doing … the child improves their behavior. Between day zero and day ‘N,’ the child has gotten better. We see that. We have the data that shows that,” Howard stated.

Advances in AI are already hitting the workplace, with robotic process automation taking over repetitive tasks. “If you think about collaborative artificial intelligence, collaborative machines, we’re going to the place where … you’re going to have an AI as a companion, a robot as an assistant, so you might not be sitting next to a human; you might be sitting next to a robot,” Howard said.

With research showing that even battle-hardened soldiers feel emotional connections with their robotic companions, it is a natural conclusion that we will bond with our mechanical workmates.

Some people consider emotions a complex, human attribute. They would be wrong; science has established that all emotions correspond to just four easily classified expressions. “Emotions are actually very predictable and not that hard to model,” Howard explained. Add facial expression input to signals from increased pulse rates, sweating, and skin tone, and your body communicates a lot about your emotional state. Not-so-advanced tech has been taking advantage of this for years.

“Remember the mood rings back in the day?” Howard asked. “OK, those were fake, but still, the concept about them was that your body gives a response based on the emotions inside.”

If an AI with advanced facial recognition capabilities is fed physical data from wearable devices, it will use that data and be able to predict and mirror your mood. Scary? No, says Howard, who sees advances in AI and robotics as a force for good. “All that data that’s being collected about us allows our machines to do very interesting personalized things with us and for us,” she said.

Howard’s team already has a robot that gives emotional responses based on the behavior of the human they are interacting with. “What does this mean?” Howard asked. Her unexpected answer is — cute robots!

“You look at them … [and you think] it’s real, it’s intelligent, it understands me,” she said. “Of course, it’s programmed based on modeling but … I watch people interact with robots, and it’s like oh my gosh, this person, this individual, is really engaged with my robotic creation.”

As an off-spring from her work at Georgia Tech., Howard co-founded Zyrobotics, a company that creates science, technology, engineering and mathematics-based learning toys.

“The blending of the digital and physical and the gamification aspects is really going to enhance education,” Howard said.

Far beyond toys that encourage children to enjoy STEM subjects, she sees a complete revolution in education and workforce training. On-the-job training, with guidance from augmented reality tools, reduces the need for theoretical, in-class learning.

“I can work in the field, and I have my augmented reality,” Howard explained. “There’s indication of ‘here’s step one, here’s step two; ah, you did that step two a little bit wrong, let’s revise it.'”

Everything is possible if you believe in yourself

“I believe that every engineer has a responsibility to make the world a better place” reads the headliner quote on Howard’s University of Georgia biography page. She takes her own words seriously. “I actually feel it’s my duty to be up front, and be a mentor, and be a lead,” she said.

Data shows that girls are as interested in STEM as boys. However, they often drop out of these subjects because of societal pressure. Making sure that society is encouraging girls to pursue careers in technology is one side of the equation, according to Howard. The other is making sure they have role models to look up to.

“When you get older, you look up, you’re like, OK, there’s no one there. Obviously, I’m not supposed to be here,” Howard said.

Crediting her own mentors with keeping her focused on her dream, Howard repeats the advice she received: “Don’t listen to the naysayers,” she tells girls following her into technology. “I think the one thing we sometimes forget to do [is] believe in that dream. Everything is possible if you believe in yourself.”

Watch the complete video interview below, and be sure to check out more of SiliconANGLE’s and theCUBE’s coverage of the .NEXT 2019 event. (* Disclosure: TheCUBE is a paid media partner for the .NEXT conference. Neither Nutanix Inc., the sponsor for theCUBE’s event coverage, nor other sponsors have editorial control over content on theCUBE or SiliconANGLE.)