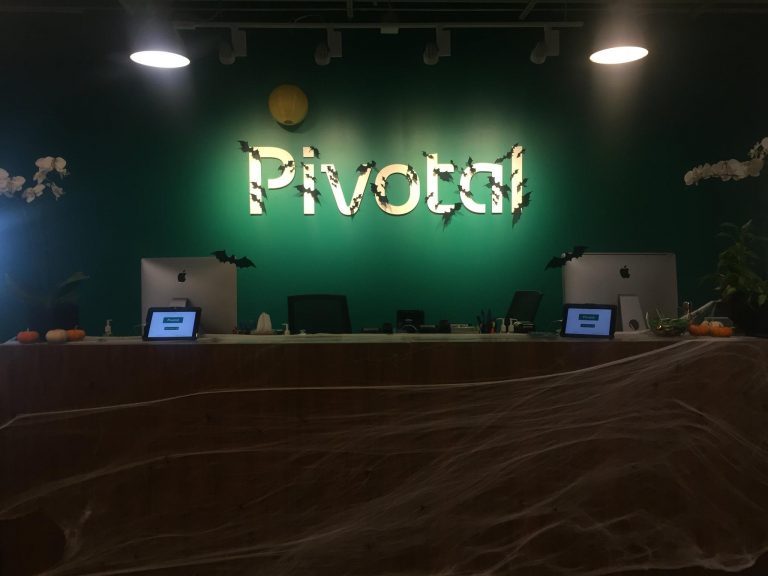 Software development company Pivotal Software Inc. was hung out to dry by investors today after slashing its revenue targets for its second quarter and fiscal 2020, blaming what it said were “sales execution” issues and a “complex technology landscape.”

The company’s stock plunged more than 28% in the after-hours trading session as investors decided enough is enough. Pivotal is publicly held but majority-owned by Dell Technologies Inc.

But Pivotal’s investors were predictably looking to the future rather than at its past performances, so the company’s revised outlook, which fell way short of what they were hoping for, prompted many to make a dash for the exit.

The full year outlook didn’t offer much relief, with Pivotal projecting a full year loss of 15 cents to 14 cents per share on revenue of $756 million to $767 million. The earnings guidance was in line with Wall Street’s forecasts, but analysts had pegged Pivotal’s full year revenue at $802.6 million.

Investors may also have been turned off by Pivotal Chief Executive Officer Rob Mee’s comments, which didn’t do much to address their concerns.

“We had a solid start to the year with 43% subscription growth and customer expansions continued to fuel our strong net expansion rate of 143%,” Mee said. “However, sales execution and a complex technology landscape impacted the quarter.”

Analyst Charles King of Pund-IT Inc. said Mee’s comments were pretty vague, and that it was hard to interpret exactly what he was alluding to.

“He may have been referring to economic concerns, including fears of a possible recession or the trade tariffs being pursued by President Trump,” King said. “Both of those are of concern to businesses. Plus, when organizations are afraid they tend to push strategic technology initiatives, which are Pivotal’s specialty, to the back seat. That translates into bad news for IT companies and their shareholders.”

Pivotal’s problems may run deeper than the world’s economic woes however, as its main Cloud Foundry offering isn’t the only developer platform in town. Holger Mueller, principal analyst and vice president of Constellation Research Inc., told SiliconANGLE that Cloud Foundry’s multicloud value proposition could be under threat from the rise in popularity of Kubernetes, which is software that makes it easy to build containerized applications that can run on any platform at scale.

“While still growing, it feels like Pivotal has down shifted a gear,” Mueller said. “The reasons can be many. The popularity of Kubernetes may be one, and Pivotal’s dependence on customers who deploy their solution on-premises may be another. It will take a few more quarters to understand if Pivotal can shift up again or if this is the new normal.”