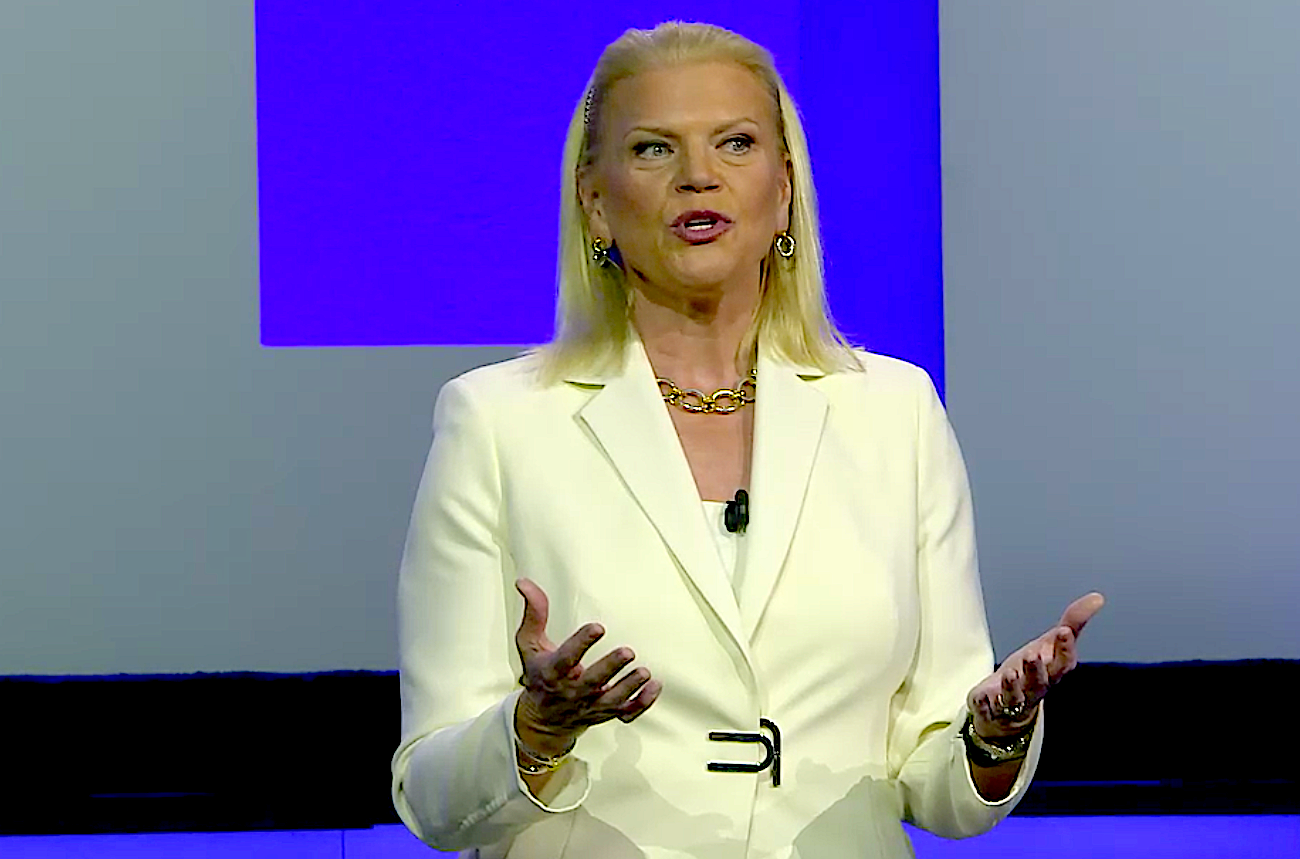 When it announced its intention to acquire Red Hat Inc. last October, IBM said it expected to close the deal in the third quarter of 2019. Big Blue let little grass grow under its feet in fulfilling that pledge, announcing this morning that it has finalized the acquisition deal just nine days into the quarter.

The $34 billion deal makes Red Hat an independent operating unit within IBM reporting to the parent company’s Cloud and Cognitive Software business, but little is expected to change in the short term.

“Red Hat is not being folded into the IBM sales team,” Arvind Krishna, senior vice president of cloud and cognitive software at IBM, said on a conference call with press and analysts. “Many partners may be competitors to IBM, but this is a world of co-opetition. It’s not for IBM sales teams to go in and interfere.”

The tech giant said the acquisition positions it as the leading provider of hybrid cloud services, spanning private data centers and the public cloud. It also said the deal should accelerate adoption of open-source software across its enterprise customer base as organizations adopt what they called a “next-generation hybrid multicloud platform.” Those are based on open-source technologies such as Linux and Kubernetes that enables customers “to deploy, run and manage data and applications both on-premises as well as on private and multiple public clouds.”

“Red Hat plus IBM could be at the forefront of hybrid cloud for large enterprises,” said Patrick Moorhead, president and principal analyst at Moor Insights & Strategy. “IBM clients can come to the new combined company as a one-stop shop for hybrid cloud. To work best, IBM needs to integrate enough to matter but distance enough to quickly innovate.”

The pivot to multicloud

That possibility was front and center in the companies’ positioning messages today as executives outlined the opportunity to create a single cloud platform based upon open-source technologies that reduces the complexity of managing workloads across multiple environments. “We rarely see customers who run exclusively in the public cloud, but they want one use model,” said Paul Cormier, president of products and technologies at Red Hat.

Although the price of the acquisition has raised eyebrows among investors, few observers are questioning the strategic fit.

“IBM and Red Hat have worked closely together for over two decades and mutually support thousands of business customers,” said Charles King, principal analyst at Pund-IT Inc. “They already know how to collaborate successfully and their closer pairing will ensure stability for their global clients and partners. This is a solid blueprint for a successful deal.”

However, whether the combined companies can build a dominant hybrid cloud platform is an open question. For all its talk about technology leadership, IBM is fundamentally a services company, said David Vellante, chief analyst at Wikibon, a sister company of SiliconANGLE. “IBM cringes when you say it, but they aren’t a cloud, open-source, hardware or software company,” he said. “They generate most of their revenue from services.” Vellante and Wikibon Senior Analyst Stu Miniman discussed the merger and its implications in a flash analysis video recorded earlier today (below).

IBM is betting that Red Hat’s technology prowess can change that. Having failed to crack the top tier of public cloud vendors, it has recently pivoted its strategy toward attempting to dominate the hybrid and multicloud markets, betting on its strength in the enterprise data center to become customers’ vendor of choice for managing complex combinations of on-premises and cloud infrastructure. A recent Forrester Research Inc. survey found that 97% of large enterprises expect to use more than one infrastructure-as-a-service platform in the future.

In doing so, it’s hoping to get back into the public cloud game while also addressing the fast-growing market for what Wikibon terms “true private cloud,” or on-premises infrastructure that mirrors the functionality of the public cloud. Wikibon estimates that the true private cloud market is about 40% of the size of the IaaS sector but is growing 50% faster.

Vellante doesn’t see the hybrid and multicloud markets as winner-take-all. The addition of Red Hat “puts IBM right at the top of the heap,” he said, but the company will have to contend with powerful competitors such as VMware Inc., Microsoft Corp., Google LLC and Cisco Systems Inc., each of which comes at the market from a slightly different angle. And Amazon Web Services Inc. has yet to enter the fray. “They’ll duke it out and I think there’s plenty of room for all of them,” he said.

IBM is particularly interested in leveraging OpenShift, Red Hat’s version of the Kubernetes container orchestration manager that recently crossed the 1,000-customer mark, to anchor its hybrid and multicloud strategy, Miniman said. “The tip of the spear is OpenShift,” he said.

There’s no shortage of growth opportunity, according to IBM. It has estimated that 80% of enterprise workloads are still inside corporate data centers, and it relishes the opportunity to shift those resources to a private cloud model. Unspoken but clearly also at issue is the potential for IBM to disrupt the big public cloud infrastructure providers such as AWS and Microsoft’s Azure by making itself the nexus point for  customers’ multicloud decisions.

It will have a lot of company in doing so, as giants such as VMware and even Google have hung their hats on helping customers orchestrate multiple clouds. IBM’s strength is in its 25-year-old commitment to open-source technologies, a position that is bolstered by the addition of Red Hat.

Although only a niche player in the public cloud, IBM said its cloud revenue has grown from 4% of total sales in 2013 to 25%, totaling $19 billion over the past 12 months. Red Hat revenues are a tiny fraction of that, but its Linux dominance gives IBM an opportunity to tap into a much broader market. IBM said Red Hat Enterprise Linux will support more than $10 trillion worth of global business revenues in 2019 and the number of people working in Red Hat-related jobs will grow by 640,000 by 2023.

“The entire enterprise landscape is retooling right now,” said Cormier said.  “That includes public clouds as well as their internal platforms. They need help in that retooling. We now have a much bigger footprint in that market.”

On the conference call, executives from both companies focused on the synergies between the companies’ product lines. Krishna estimated product line overlap at no more than 5%.

The two companies have a long history together, a fact that should smooth many of the bumps that typify large acquisitions. “We have a common belief in what hybrid cloud means for our clients,” Krishna said.

Red Hat also gives IBM something that has eluded most of the companies: a sustainable business model based upon open-source software. “IBM’s and Red Hat’s continuing leadership is likely to accelerate adoption of open source,” King said. That’s an opportunity for Big Blue’s large services organization and a source of predictable revenue growth, since nearly 90% of Red Hat’s revenue comes from subscription services.

On the conference call, executives from both companies stressed their commitment to maintaining Red Hat’s independence. The acquired company will continue to work with existing original equipment manufacturers and channel partners as it has in the past.

Walking that line won’t be easy. IBM has a history of running it’s an acquired businesses as independent units for time but ultimately absorbing them back into the Big Blue bloodstream. The company has struggled to return to growth in recent years.

Although Red Hat’s recent financial position has stabilized, the company is in the midst of a diversification process that will reduce its reliance upon the flagship Red Hat Enterprise Linux operating system, noted Holger Mueller, principal analyst and vice president of Constellation Research Inc. “Two one-eyed men do not come together to make one man with 20/20 vision,” he said.

With eight months to work through the organizational details, executives said few stones were left unturned. Red Hat’s field sales force won’t be compensated for sales of IBM products and IBM sales teams are prohibited from using the newly acquired company as an entry point to sell its hardware.

The companies even debated what brand of potato chips would be furnished to employees in each other’s offices. Executives wouldn’t comment on which snack foods were selected.

Vellante and fellow Wikibon analyst Stu Miniman today analyzed the deal and what’s coming next for both companies: